There was no launch date for In Effect Fanzine, it just kinda happened sometime in 1988 in College Point, Queens, New York, on 8th Avenue and College Place to be exact. A group of friends who were automatically drawn to heavier music is what started it. It is a similar story to others who I have come across in the hardcore/punk world. Some of the band names are different but same concept. First it was Def Leppard, then on to Ozzy, some Maiden, Priest, then Metallica, and that graduated into buying Suicidal Tendencies’ first LP at the Broadway Mall in Hicksville, Long Island, while Christmas shopping with my parents. I had to be 15 or 16. My brother, who was like 12 at the time, and I put it on as soon as we got home and were instantly drawn in. Mom hears “I am a suicidal failure, I gotta get some help, I have suicidal tendencies, but I can’t kill myself” blasting out of my room and comes roaring in, grabs the lyric sheet and crumbles it into a ball and into the trash can. Little bro later retrieves said lyric sheet and it was all “go time” from there….

Finding one band leads to another and another and you just get the itch like a friggin’ crackhead. No way this group of friends can stop and next thing you know were standing outside of CBGB’s with grown ass men waiting to get in to see bands like Agnostic Front, Warzone, Breakdown, Gorilla Biscuits, and so on and so on. You feel completely different after the first couple of experiences. Most of the metal bands that I started with we could care less about at this point and taking a 90 minute bus and subway ride to see Token Entry at a Brooklyn biker club sounds like a fun thing to do on the weekend.

All of us felt compelled to do something so we could entrench ourselves more and more into this new found community. Just riding the subway to shows we ran into other kids like us, and it was through these new friends that I met Freddy Alva who was starting a fanzine called New Breed. I asked to help out and join in as this zine thing sounded cool. I did one issue and some really short interviews including my first one which was an interview with Pressure Release. I mailed them like 8 or so questions and about a week later an envelope shows up with the answers. The first issue comes out and people actually are buying it and liking it. The wheels start spinning in my head and I decide to start my own zine.

So many people helped along the way with In Effect, but I think the help I got from the Benetos family was invaluable, especially early on. Angela lends me the typewriter that I use to make the cut and paste masterpiece which was the first issue, Chris Benetos makes up the front cover and all the graphics, and then their mom prints me up 50 copies at her job for free. So hats off to all the B’s including big bro Nick. 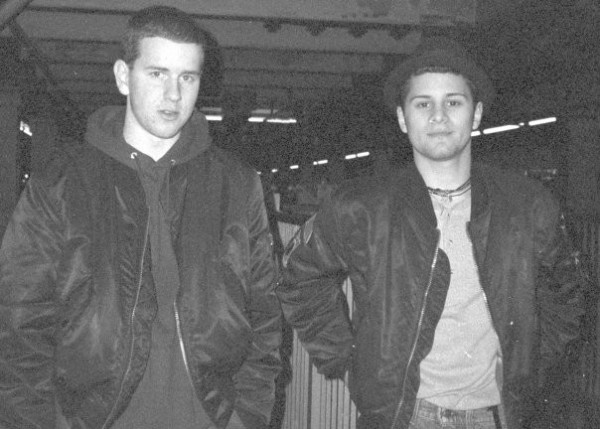 Chris Wynne (left) and Grandpa Nick, Fit Of Anger (right) late 1980's in the subway going to a show

We sell all 50 copies printed up and on to issues #2 and then #3. NYHC then goes total batshit crazy and it isn’t fun anymore… Fights, fights, more fights, clubs banning hardcore shows, more fights, etc., etc., etc.

A few years pass and I start kicking around ideas for a 4th issue and I get back in the saddle again. Still cut and paste style. I didn’t even have a computer till maybe the last 3 issues. I am proud of everything I did with the printed version of In Effect - from helping out the smaller bands to selling the zines outside shows for $1 just to get the name out. Hell yes, I was losing money but I didn’t really care.

Issue #9 had Madball on the cover and that issue did great. It was around this time that the workload started taking its toll on me. The mailbox was flooded with orders, music to review, letters from people in jails in other countries, and almost anything you could think of. It was turning into a second job that didn’t pay like one and I got Raybeez in my head singing “Don’t Sell Out…”. There were people telling me to quit my "real" job and cover bigger bands, maybe rent an office, go "big" with the whole magazine idea.... Nah.

Issue #12 was the last issue, I printed up 10,000 copies and it was totally bezerk. I could not believe how important the zine became to some people. I remember Jamie from Hatebreed driving to my house from Connecticut the day I was going to the printer because he had to get an ad in for his label. Imagine today having 10,000 magazines stacked up in your hallway and now you have to go out and sell them without the use of a cell phone that can send e-mails, surf the web, and basically get connected with anyone anywhere at any time. Generation Records in New York City was good for about 200 right off the bat, Bleeker Bobs usually 100, Slipped Disc on Long Island maybe 50. That’s still like 9000 and something left! A lot got sold at shows, mail order, kids from other countries visiting New York would scoop up a bunch, but it was hard ass work. I remember getting in my car and driving for hours upstate and into Connecticut and getting stores to take maybe 50 copies total for a days worth of driving. I think I still have 25 or so copies left of that last issue, but I was done...I was fried.

It felt good not having the pressure of someone asking you when the next zine was coming out when you knew you still had like 6000 of the last issue in your hallway. I enjoyed the music and shows more, and the time away from doing In Effect grew longer and longer. I always kept up to date with the goings-ons with the bands and old friends, but was glad I had an imaginary wall up between myself and all the hassles.

Fast forward to 2012 and here I am. Still walking the planet and still listening to the Crumbsuckers. I guess the reason I am back and in website form is I think this can be fun again and I see new bands, some who look like an In Effect website could help out. If it stops being fun again, it will be time to close up shop.  But for now I am gonna give it my all and try to replicate a little bit of what went down when I was a teenager.

Thanks to anyone and everyone who ever helped out In Effect in any capacity. Past, present and future. There is so much more to come ‘cause I love this shit and will never stop listening to HARDCORE music! 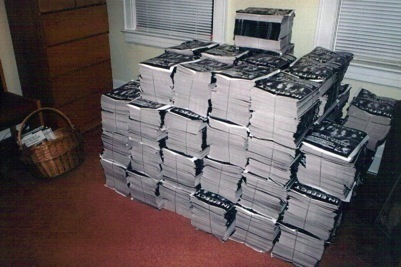 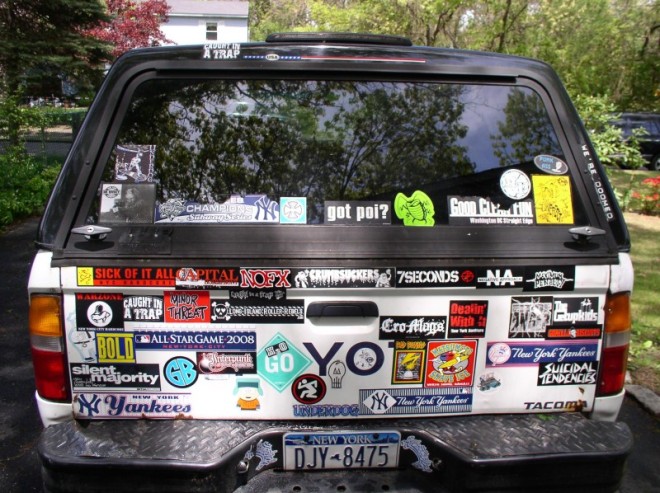