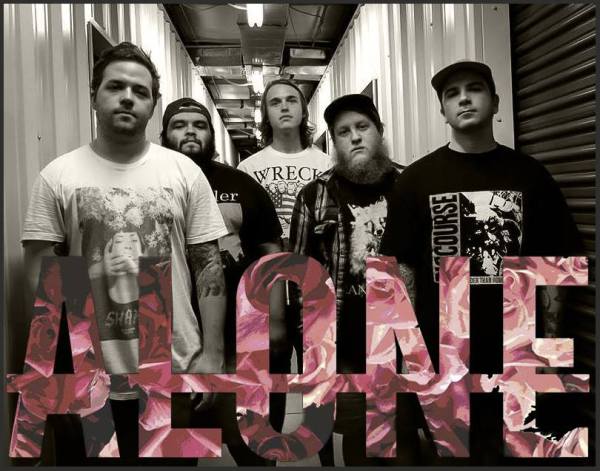 MADBALL CURRENTLY ON A "SET IT OFF 20TH ANNIVERSARY TOUR". WATCH THE PROMO CLIP HERE 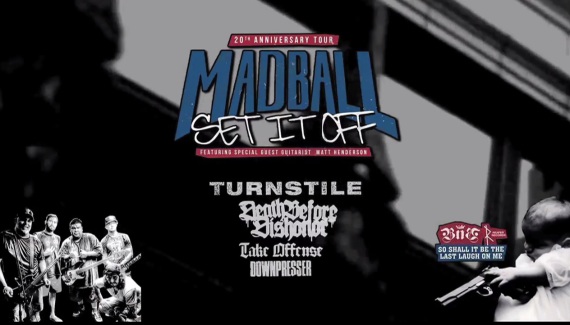 Click image above to watch "Set It Off' tour video

Madball kicked off an 8 date East Coast tour on Friday December 5th in Reading, PA marking the 20th anniversary of their debut full length “Set It Off”. Guitarist Matt Henderson who played on “Set It Off” will rejoin the band for this run which also features Turnstile, Death Before Dishonor, Take Offense, and Downpresser. Click the image above to watch a 3 minute "Set it Off 20th Anniversary Tour" promo video made by Drew Stone of Drew Stone Films. 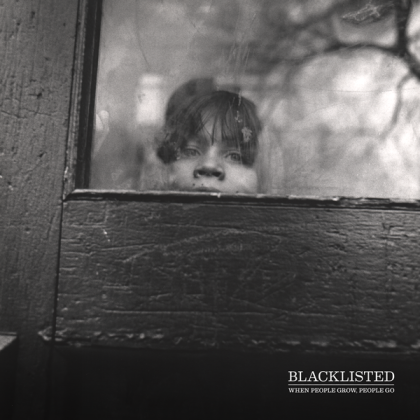 PA’s Blacklisted will have their new 11 track album titled “When People Grow, People Go” released on Deathwish Inc on February 10th. Pre-orders will be available soon with CD, vinyl, and digital versions all being available.

Track listing for “When People Grow, People Go” is: 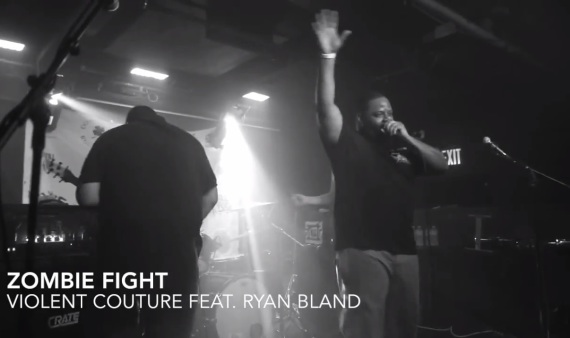 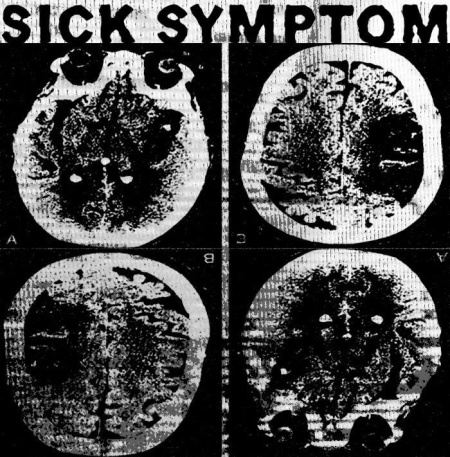 Coin Toss Records has a pre-order up for the new Sick Sympton Demo 7” which is their 4 song demo that was released in September pressed on to vinyl. Sick Sympton formed earlier this year and has Jay from Modern Pain on guitar, Noah who sings for Modern Pain on drums, Ryan who sings and plays guitar for Narrow Head on bass, and Justin from Philly’s Wrong Answer who broke up earlier this year singing. Sick Sympton’s first show will be at the FYA Fest on Decemeber 27th in Fern Park, FL with Down To Nothing, Rotting Out and a ton of others with a tour in the works shortly after. The band is already planning their next release which should be a 7 song EP due out in early 2015. Click the image above for pre-order info and the link below to hear their demo.

ORIGINALLY PUBLISHED IN ISSUE #12 OF IN EFFECT FANZINE 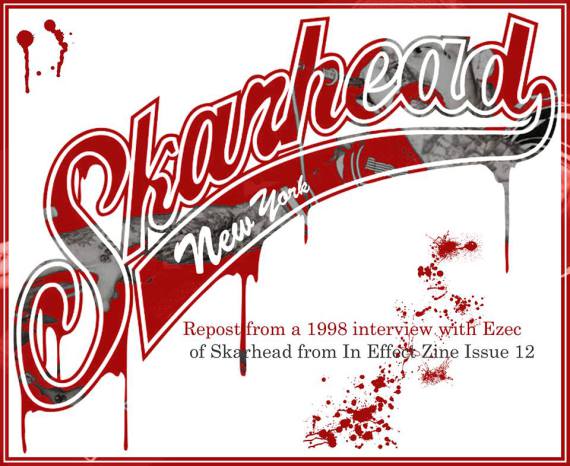 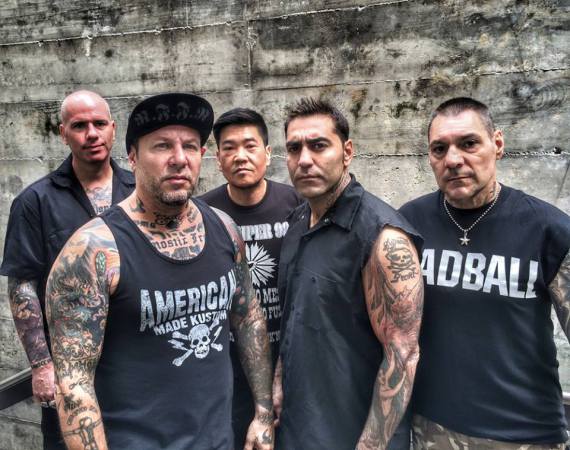 Agnostic Front have announced that they will be heading into Buzzbomb Sound Labs out in Orange, CA on December 5th to begin work on their 11th LP which will be titled "The American Dream Died". This will be the first new AF material since 2011's "My Life, My Way". Click above image for more info! 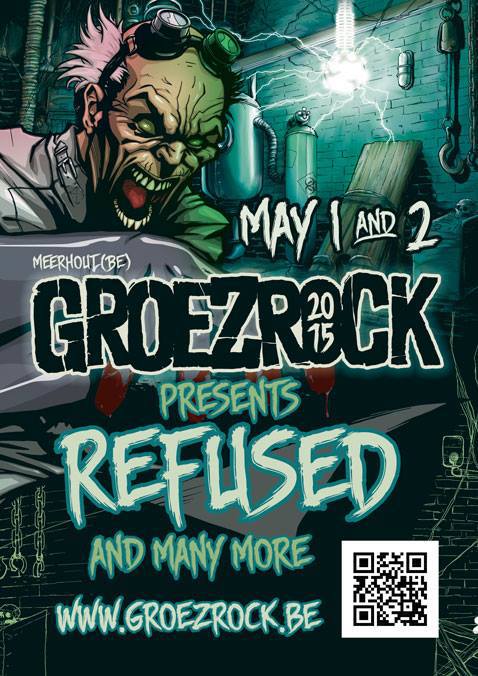 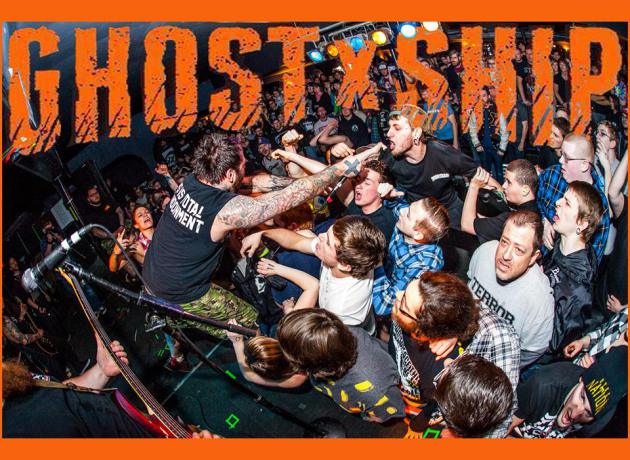 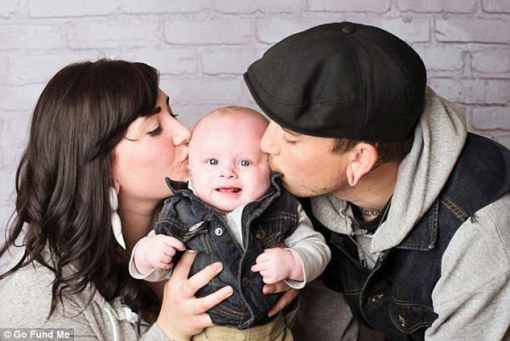 Fucked up news out of Salt Lake City from last Saturday night the 15th as Close Grip singer Brad Hancock was shot and killed by another concert goer who was later caught by police. The 24 year old singer leaves behind a 1 year old son and his fiancee. Friends and family have set up a Go Fund Me site to raise money for Brad's family. The band also has taken 3 songs they recorded for an upcoming full length and have made it available online with all proceeds going to the family as well. RIP Brad.

The boys over at the BNB Radio Takeover show will be reuniting with EVR (East Village Radio) on 1st Avenue on NYC’s Lower East Side hopefully by the end of December. Back in May EVR closed shop which led the Takeover Crew to head out to Stony Brook University out on Long Island where they did 2 shows a month on WUSB Radio. EVR has renovated their studios in Manhattan and are actually expanding into Brooklyn with an EVR like store front studio in Williamsburg. Time slots and schedules are still to be announced. Click the logo abovefor the full BNB press clip. 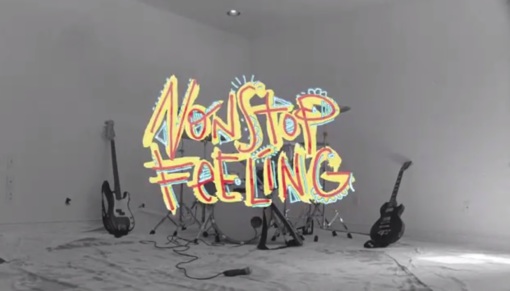 Click above image to watch the "Drop" video by Turnstile

CHECK OUT A COOL NEW PODCAST OUT OF LA "RAWW" 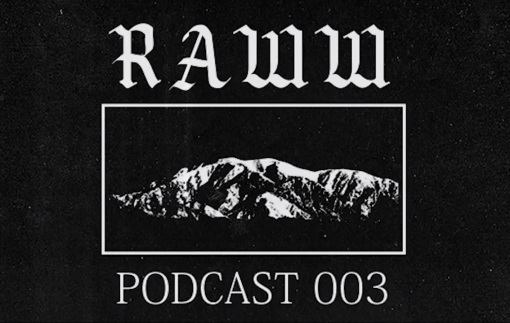 Check out the new RAWW Podcast (episode #3) put out by 2 of the dudes in LA’s Relevant Anger (good band). Episode 3 features Carlos from Stand Guard who is interviewed. The RAWW podcasts have been dropping once per week and all have been in excess of 1 hour and change where Dustin and Kattan shoot the shit about happenings in and around the world of hardcore punk and more. Give ‘em a shot!

WISDOM IN CHAINS GIVES A SNEAK PEEK AT THEIR (STILL UNFINISHED) 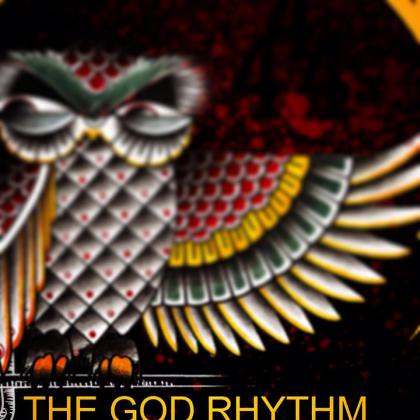 Wisdom In Chains gives us a sneak peak at their upcoming album cover (still in progress) for their new LP titled "The God Rhythm”. Look for the new 14 track full length in early 2015 via FastBreak! Records 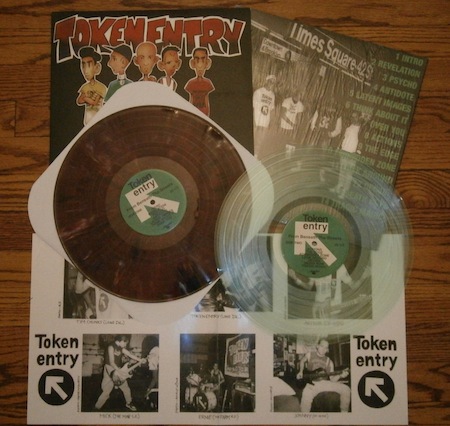 Mad At The World Records will be reissuing the first Token Entry LP "From Beneath The Streets". The original version was released in 1987 on Positive Force Records which was run by Kevin from 7 Seconds. After having numerous delays MATW says these reissues will be on the streets in early December and as expected with most vinyl put out these days there are all a couple of different options when you choose what color vinyl you want. Check their website for more info!

Check out some nice footage of Angel Du$t’s set from the 2014 Vengeance Fest which went down on November 1st and 2nd out in Amityville, Long Island. Footage shot by: Colin Feeney.  PS: Angel Du$t is AWESOME. 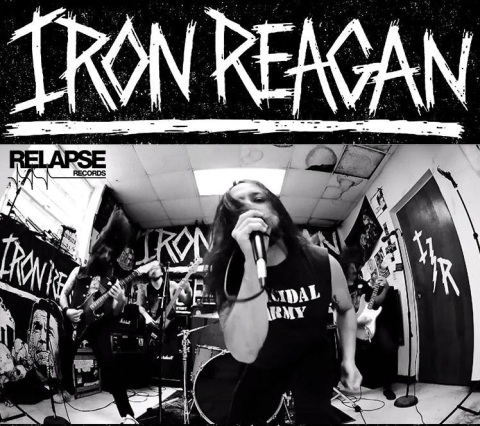 INSTALLMENT 3 OF CLASSIC VS. CLASSIC IS UP NOW. WE ASKED YOU THE READER TO CHOOSE JUST ONE OVER THE OTHER AND THE RESULTS ARE IN! LOTS OF PHOTOS AS WELL AS GUEST OPINIONS AND A LINK TO THE NEXT MATCHUP WHICH FEATURES 3 NYHC ICONS WITH NEW ALBUMS 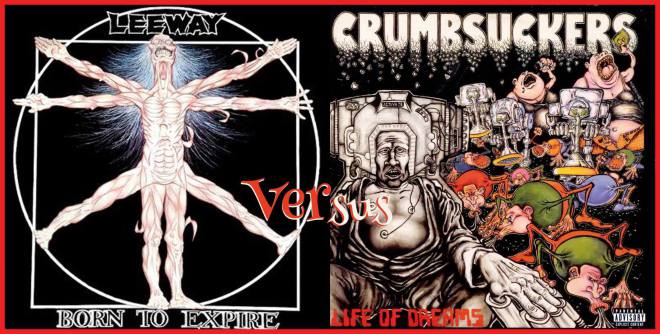 ALL FOR NOTHING RELEASE NEW VIDEO FOR "5 LEAF CLOVER" 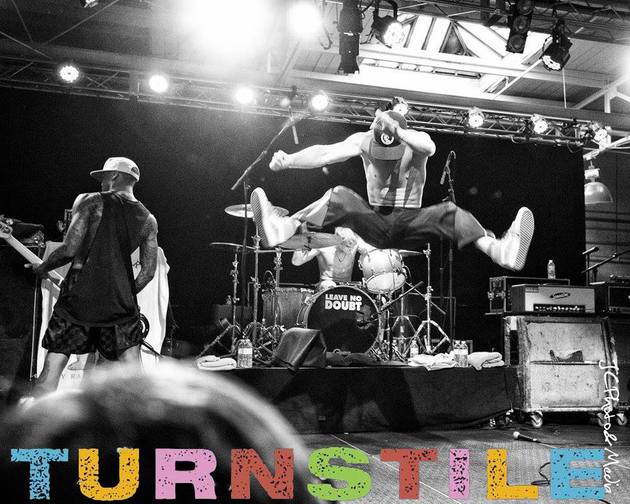 Click above image to listen to the new Turnstile track "Gravity"

Turnstile will be releasing their debut album titled “Nonstop Feeling” on January 13th on Reaper Records. The band released a new track off of this new album last week titled “Gravity”. Click on the photo above to listen. 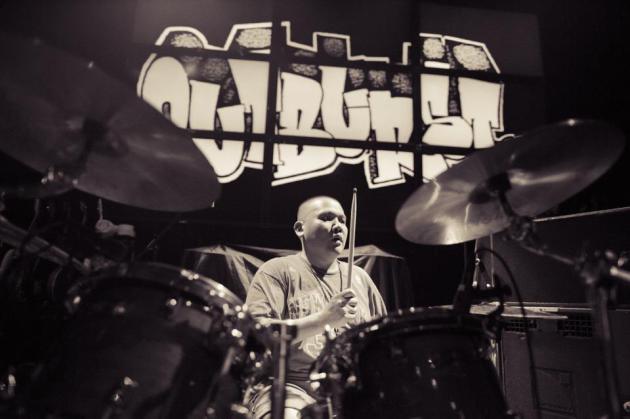 The latest episode of the Sixth Borough Radio Show is online now and features an interview with Outburst drummer Joe Songco. 6BRS deserves more recognition for the work they do as this current episode is #74 and they have interviewed a who’s who list of hardcore band members and others along the way. They play a nice mix of new and old tunes mixing in the interviews along the way as well as general scene talk as well. Give ‘em a shot if you haven’t already. (Downloading episodes is recommended for easier navigation through the show). 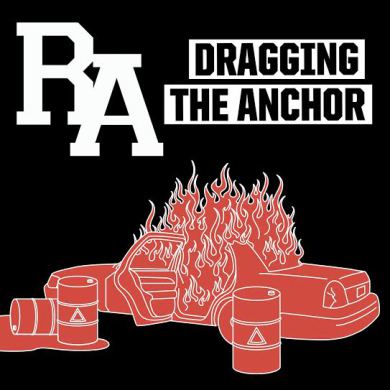 Rude Awakening will release a limited-to-500 Record Store Day 7inch on Black Friday, November 28th. The 7inch will feature a cover of Wrecking Crew's "Why Must They" as well as two originals from R.A.'s debut full-length, “Collateral Damage”, which was released this past summer on Bridge 9 Records.

NEW "20 QUESTIONS WITH" INTERVIEW WITH BILLY GRAZIADEI OF BIOHAZARD 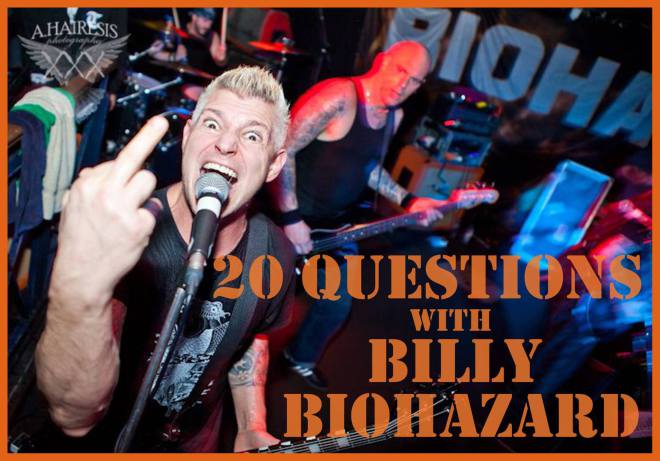 AN EXCLUSIVE LOOK AT CHAPTER 43: "BREAKDOWN- LIFE OF BULLSHIT, JUST ANOTHER RAW DEAL"

DUE OUT MID-DECEMBER VIA BAZILLION POINTS PUBLISHING 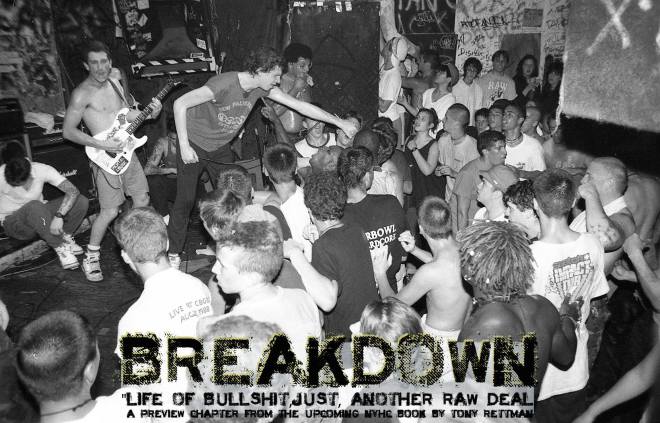 PORTUGAL'S PUSH DEBUT NEW VIDEO FOR "I AM CURSED" 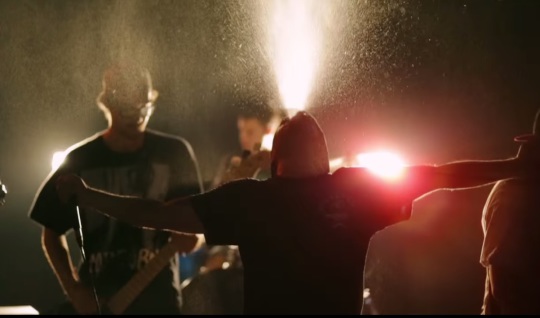 Click image to watch the "I Am Cursed" video by Push!

"We don’t really give a shit about being popular – we are all on the same page that this band is strictly a creative outlet and a way to connect to the music we love." 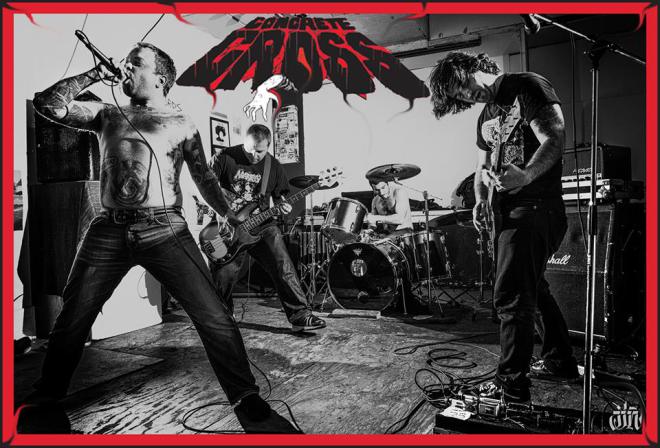 7 SECONDS RELEASE NEW VIDEO FOR " I HAVE FAITH IN YOU" 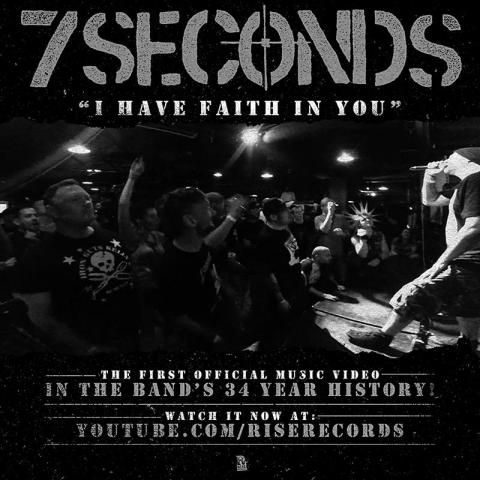 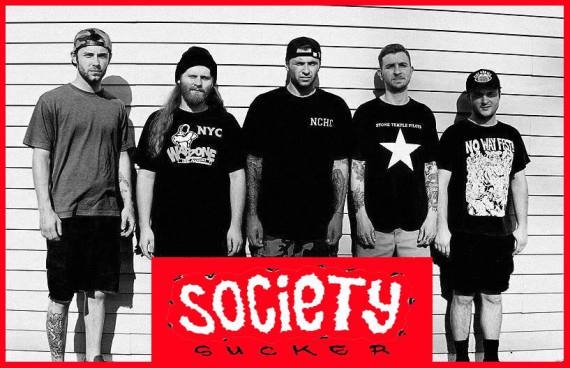 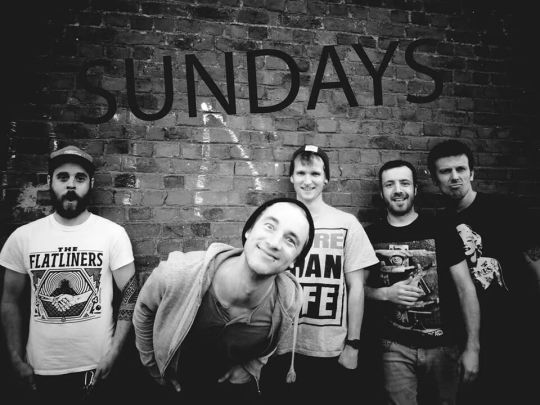 Click above image to listen to "Still Raging" by Sundays

If you are a fan of bands like Modern Life Is War, Verse, or Bane you might want to check out this new track from Belgium’s SUNDAYS. This preview track is the only track currently recorded for an upcoming full length due out in early 2015. Pretty impressive for a group that has been together only 6 months.

The UK’s Rucktion Records will be releasing a split CD in early 2015 with 2 of London’s bad boys in Tirade and Proven. Each band will have 4 new songs on this new release. Rucktion has also re-released Bun Dem Out’s “The Few The Deep” full length CD (originally released in 2009) for all of you beatdown style fans out there.

Check out a cool interview with FREDDY MADBALL on the Live Life Aggressively Podcast with Mike Mahler. http://www.mikemahler.com/blog/live-life-aggressively-podcast/ep-102.html

which is scheduled to be out in early 2015 via Deathwish Inc.

Long time NYHC head HOWIE ABRAMS announced that he has come to an agreement with the BAD BRAINS' HR to publish “Finding Joseph I: The Story Of HR” via a new book publishing company Howie has created with former Roadrunner Records owner Cees Wessels. Howie and James Lathos will co-author the new book along with James working on a documentary with the same name. 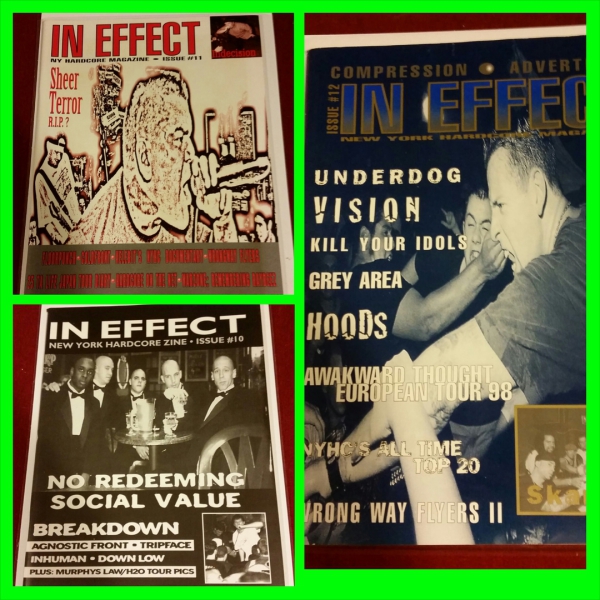