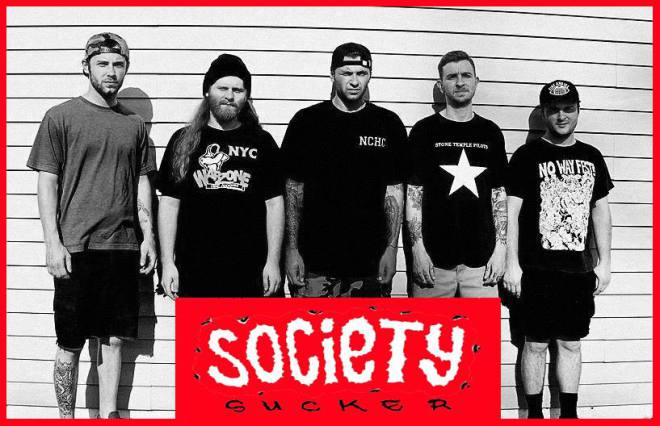 Wilmington, NC’s SOCIETY SUCKER formed in the summer of 2013 and still retain their original lineup which is: Ian, 25, vocals, Robert, 25, guitar, Chris, 25, guitar, Lenny, 23, bass and Jared, 23, drums. A 3 song demo tape came out in 2013 which was followed up with their 5 song debut EP on GTR Records this past September. To date Society Sucker has played approximately 30 shows. A few of the members are also in a band called Eyemaster which they describe as “a heavy Crowbar-esque” band. 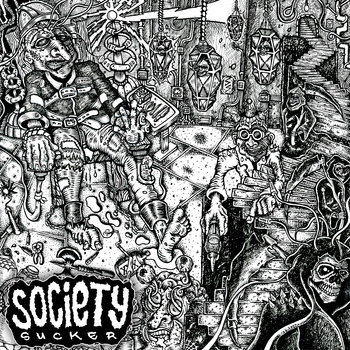 IE: What’s up Ian, the first thing that jumps out at you with the new 7” is the artwork on the cover. Who drew this and did you give them free range to draw whatever they wanted or did you give them an idea before it got drawn up?

Ian: Yo, what’s up man! The artwork was handled by our good friend Steven Kulesza, he played bass in a great band called Out Crowd from Atlanta and does all sorts of badass artwork for lots of bands. I've known Steve for a long time through some old bands and shows in the southeast and initially just asked him to draw a shirt for us based on the song "Repeat Offender." When we saw how good it was coming together we told him to just do his thing and draw a record cover for us, then John Bowes (GTR Records/Cold Cuts Merch) came up with the idea of doing multiple covers so when we told him that it opened up a lot of creative options and he just went crazy and did his thing. Being a primarily NYHC-influenced band, it’s easy to just do some imitation Sean Taggart art or something and call it a day but Steve really invests himself in what he does and it shows, I'm glad you dig it!

IE: For someone who has never heard of you guys can you tell us a little about what Society Sucker is all about?

Ian: Society Sucker is a hardcore band for hardcore kids, we just wanna write and play music that makes you wanna go off. Lyrically, I just try and focus on calling out the bullshit in your life. Whether it’s your job or the people around you, the cops, whatever… we all deal with all the same shit on a daily basis and I want to have lyrics that are easy to identify with, even if they might be referencing a specific event in my life or whatever when I write them. 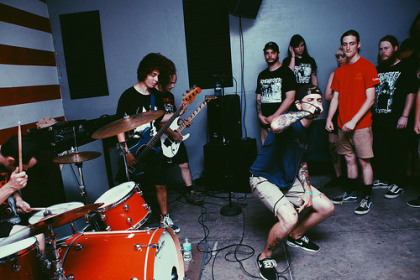 IE: So, the 7” is out now of GTR. It has 5 songs that were recorded back in February. Are you happy with how everything turned out and why the wait from recording back in February until physical copies of the 7” came out in mid-September?

Ian: We are really pumped on how everything turned out, but like with anything hindsight is 20/20 so of course if we could go back and nitpick I'm sure we could find a laundry-list worth of things to change haha but overall we are very psyched on the EP as a whole. As far as the long wait goes, that wasn't our call obviously. Between waiting on the songs to be mastered, the artwork, and then fitting into the labels timeline, most of it was just regular record stuff. Initially we were planning on an early summer release but with pressing plant delays we had to switch to September which was the only major delay we encountered luckily. No complaints though, everything came out great so it was definitely worth the wait in my opinion

IE: You guys don’t hide the fact that you have been influenced a lot by NYHC bands. What were some of the first NYHC bands you found and was it hard finding hardcore and punk music living in Wilmington, NC as a kid? Do touring bands come through Wilmington and if they don’t how far did you/or do you have to drive to go see bigger bands when they come through?

Ian: Hmm, I think the first NYHC band I was ever introduced to was probably the Cro-Mags with "Age of Quarrel" but I'm not 100% on that. I know I saw 25 ta Life in like 2005 and I think Madball and AF in the same year but I'll stand by Cro-Mags as the first one I heard and was conscious of who they were/where they were from.

I actually grew up an hour and a half south of Wilmington in South Carolina in a tourist trap called Myrtle Beach, we didn’t have much to do besides skateboard and get in trouble so finding hardcore and heavy music in general was pretty easy because we had a good handful of venues that regularly had shows when I was coming up, like 13-15 years old. Once I could drive I started traveling to neighboring cities like Wilmington and Charleston, SC where lots of the bigger tour packages or bands would hit more regularly. Things sorta died out for a minute with lack of venues and when I moved here in 2009 it wasn’t near as active as it had been, but nowadays things are back in full swing and we have plenty of awesome shows on a regular basis. 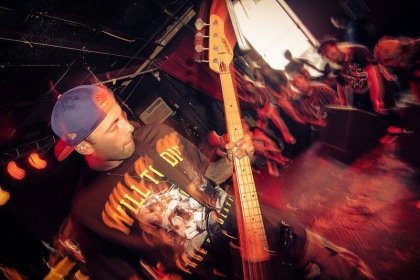 IE: Society Suckers was an old Agnostic Front song off of “Victim In Pain”. As far as you know does AF know about you guys? Have you ever run into them at a show and introduced yourselves?

Ian: Well, depending on who in the band you ask we are either named after the AF song like you said or the Skarhead song so you're technically right haha but I have no idea if anyone in AF knows of us. We have played with them in old/other bands but not with this band so it’s never come up but I'm sure one day we will cross paths and say something.

IE: Do you guys cover that AF song?

Ian: No we strictly cover intros and outros, usually mosh parts, covering full songs takes too much dedication and we smoke too much weed to concentrate on learning a full song that’s not our own. 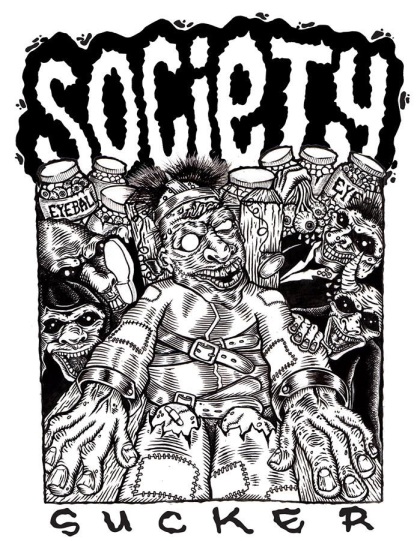 IE: I’ve never been to Wilmington, NC myself, what is it like there and what are some of the things you like about being from there?

Ian: Wilmington is a small college town in the southeast corner of North Carolina. It’s pretty cool, lots of history here from the early days of America, we've got the river on one side and the beach on the other side so in the summer there is always something to do. Wilmington isn't a very big city so everyone knows everyone for the most part and as far as the hardcore scene goes, everyone is friendly and pretty supportive of each other.

IE: What are some of the negatives about being from there?

Ian: There is always gonna be the typical shit you can find to dislike anywhere, like the weather here can kinda suck sometimes… between the heat and the humidity you feel like you're gonna melt haha but really it’s not that bad overall. It’s still the south so unfortunately there are a lot of backwards views that are still pretty prevalent sometimes. Especially when it comes time to vote like it is right now, lots of radio and tv ads that definitely don't make you proud but there’s not much you can do. Even a lot of that stuff is becoming a thing of the past so it’s only a matter of time hopefully.

IE: That’s about it, good luck with the new 7”, anything else you want to add before we wrap this up? Thanks for your time!

Ian: Thank you Chris and In Effect for taking time to do this! Shout out to John and Dave at GTR Records for making the 7" happen… shout out to all our friends who support us and anyone who is reading this. NCHC is the shit!