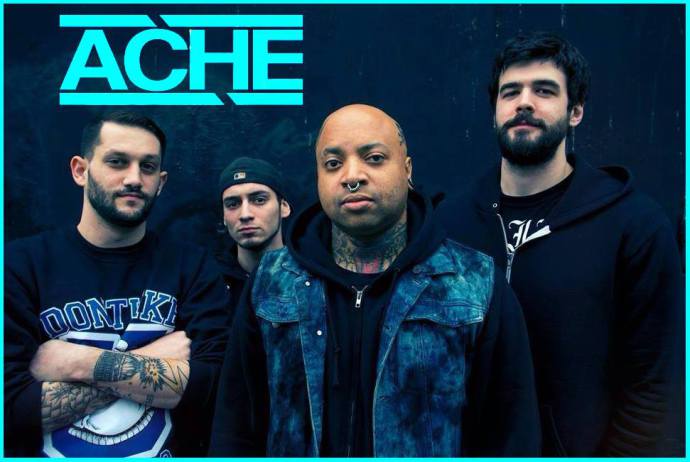 NY’s Ache certainly have not wasted any time since their inception in February of 2014 having already released their debut 5 song demo in June. The band consists of Ryan Bland on vocals, Mattakins on guitar, Rey on bass and Ryan Seit on drums. Ryan has previously played in Home 33, Bushmon, United Nations and most recently Dead Serious, Mattakins has played in The Screws and Abject!, Rey still plays with Bomb Scare and Ryan Seit also was in Dead Serious and still plays with Rampath. Their demo which is available for download on Bandcamp is also available in CD form at their shows. 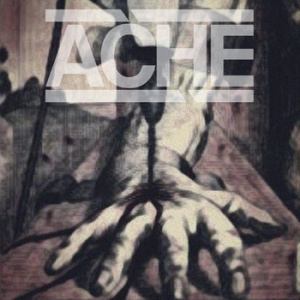 A FEW WORDS WITH THE MEMBERS OF ACHE:

IE: Ache started when two of your previous bands (Dead Serious and Abject!) broke up. A lot of work went into those two previous projects so when you decided to get a new band together is it more of a feeling of this long uphill climb starting from scratch or is it more of a feeling of refreshment being able to build something brand new from scratch or somewhere in the middle?

​Matt:  It's not really all that different, honestly. ​That's one of the things that's beautiful about the punk and hardcore DIY scene... you don't just make "connections" or whatever that shit is. You make friends, and family, and brothers, and they put your band, regardless of what it is or how it sounds, on their show. Myself and Ryan probably have a combined 30 something years playing everywhere up and down the East Coast and Midwest and have more friends than we can remember off the top of our heads, but to be completely honest, we are all completely blown away by the out pouring of support we've gotten. Makes us feel really special.

IE: Where and when was the first Ache show and can you give us some details on how it went…

​Ryan: We played our first show at The Grand Victory in March for Caught in A Trap's record release show with Yuppicide, Reason Enough and On The Loose. It was a blast! People came out and had fun.​ 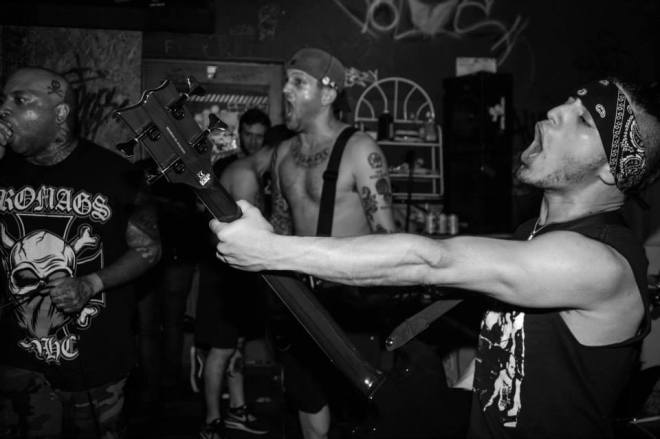 IE: You got 3 out of the 4 members of this band as current Brooklyn residents and your drummer is originally from there as well. For people from outside of the NY area can you give us a little break down on the borough as far as the hardcore and punk scenes go.

​Matt: I don’t really know what to say.... Brooklyn has a lot of awesome shows and Manhattan does not... mostly because nobody that is into this music can afford to live in Manhattan anymore. The rent is too damn high, and not just for the people, but the venues also. This gentrified wasteland is full of suck, and completely alienating the natives that are into this whole hardcore and punk scene.​

IE: Your practice space is in a unique location (above The Well where BNB Bowl 2014 was held) and is also capable of being a recording space as well. Can you tell us more about it and would you be willing to take on bands for projects who are looking to record?

​Ryan Seit: Sure, we recorded our demo at my studio in Bushwick (Meserole St and Bushwick Ave, right around the corner from Acheron). I've got 3 drum kits and a full recording setup - contact me for more details at thestudio@ryanseit.com.​ 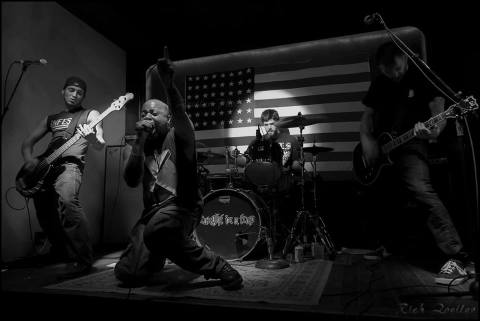 IE: Any special meaning behind the band’s name and what if any were some of the runner up names when you guys were coming up with names?

​Ryan Bland: We wanted something that was kinda representative of our sound. We were just listing off names and words and when that one was said I was like "THAT’S IT" I don’t want to come across as political, or non-political, or anything, we're just a buncha friends having fun and letting out all this aggression we have. Drummer Ryan and Matt really wanted to call the band Contra for some reason.....

IE: What's the rest of 2014 got in store for you guys and what's on the horizon as far as what you’re planning for a follow up to your demo?

Ryan Bland: We are playing at The Shop in Pittsburgh with Ringworm and Killer Of Sheep on July 25th so we're pretty stoked about that. We're working on writing more music to record a full length and ​have a little mini tour we're working on at the end of August. I think our goal is to have the full length finished by the end of the year. We're a writing machine so it shouldn't be too hard of a goal to achieve.