PRESSING ON (PORTLAND, OR) 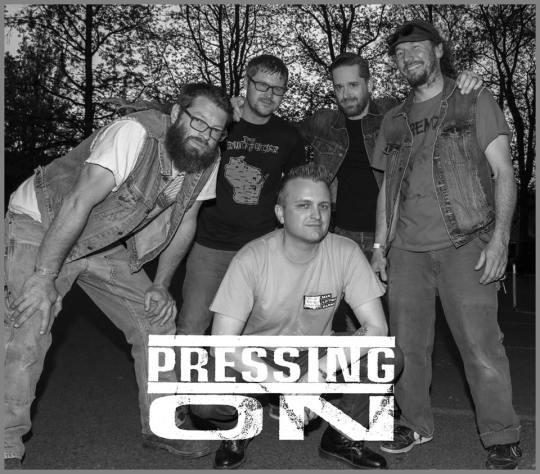 2015 can often sound like 1985 with many bands flaunting that old school punk meets hardcore vibe. Now meet Oregon’s PRESSING ON who released their debut 8 song demo just a few months back. Me and Mattakins (who reviewed the demo on this site) went total ape shit over it loving how they were able to capture that old-school sound while not being copycats of a time gone by. The band consists of Erik Trexel-drums, Grant Kasten-guitar, John Wilkerson-guitar, Jonathan Hughes-bass and Will Harris-vocals. To date Pressing On has only played 8 shows but will be getting out on the road this summer so keep an eye out for them as well as that debut demo which is a real keeper.

Thanks to Benma Photo (Benjamin Mah) for the photos! 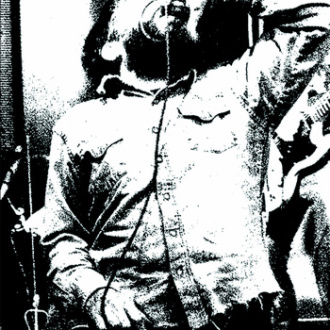 Click demo cover above to listen to Pressing On

IE: What's up guys? To most, you may seem like a brand new band who just put out your first demo but you were telling me that you actually started playing together in 2005. What happened back then that you didn't stay together as a band and Erik, why did you end up moving out of the country?

Erik: Me, Will and Grant started playing together back in 2005, a few years after Will moved from Portland out to rural Oregon, but we never recorded or played any shows. Will started coming back to town around that time, and we wrote a handful of songs, but he lived two hours away so practice was difficult to coordinate, and due to personal problems I was having living in Portland, I left the country to travel and couldn't give a definite return date. That was the last time I played with them until 2013 when me and Will started writing songs again.

IE: The partnership with a few of you dates all the way back to the mid to late 90’s where yourself, Grant and Will all met in Wisconsin. How did you guys meet in the first place?

Will: All of us have known each other and crossed paths numerous times from booking shows for each other’s bands, and seeing each other’s bands play, since the early to mid-90’s. Me and Grant played together in Talk Is Poison for many years, and Grant, Erik and myself had started a band around 2005 that never saw fruition. John W. also briefly played drums in that project. Erik and Grant are both from Wisconsin, John W. and myself are both from the South. I remember first meeting Wilkerson at a punk house in Biloxi, Mississippi, and first crossing paths with Grant seeing his band Animal Farm at a house show in New Orleans in 94?  Me and Grant met formally after we had both moved to Oakland and played in Talk Is Poison together. Erik booked a fest in the late nineties that Talk is Poison and From Ashes Rise both played at as well. By the time we all ended up in Portland, we all knew each other well enough to know who to call to start this band.

IE: So eventually everyone moved out to Portland, OR. Was that strictly a coincidence or did you all plan on moving there together?

Will: People just gradually migrated to Portland on their own. At the time it was cheap to live there, although that has changed, and it has always been known for having a strong punk scene. 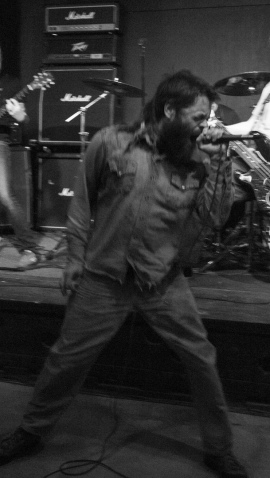 IE: What were each of your own personal reasons for choosing Portland?

Will: I had already moved from my home of Memphis, TN, to Oakland, for a couple years, and was ready for a place that was a little less intensely urban. Portland fit that need for a while. Then I moved further out into the hills of Oregon's coastal range, to learn some self-sufficiency and homesteading skills. The rest of the band is in Portland.

Erik: I moved out to Portland in the summer of 2000, tired of the Midwest, needing a change, and desiring to live somewhere near the ocean, a mountain range, and a less conservative culture. Portland was an easy transition, as I already had quite a few friends here, rent was cheap, and there was work and a good punk scene.

IE: We mentioned that this group has been playing together awhile but has it been known as Pressing On the entire time?

Will: The original project back in 2005 was called Defcon, but this new version was different enough to warrant a new name. We considered only a couple of ideas before Pressing On became the obvious choice. Aside from being an awesome Gauze song, it describes our band perfectly.

IE: One of our writers here at In Effect (Mattakins) who reviewed your demo jokingly called you guys out in his review for calling your 8 song 16 minute debut a "demo". He thinks it should have been at least an EP and in some cases it could be considered an LP. What has been the reaction been like so far to your "demo" in other circles?

Erik: The response has been awesome. We've gotten a lot of attention in circles we didn't necessarily expect to take notice. We put a lot of hard work into this project, and even though we do this for ourselves and our own reasons, we are undoubtedly a part of a larger community and it means a lot when people respond positively and connect to what we are doing.

Will: The demo is being received well in many different camps, while not trying to be intentionally retro in any way. We do play what is now called “traditional hardcore”, because, well, we're old guys. It's what we know. Unlike a lot of other “back to the roots” re-union older bands, none of us have ever played metal, or grunge, or rock of any kind, only hardcore, for our entire musical careers. It's not a “back to the known” situation… it's an “It’s all we know” situation. 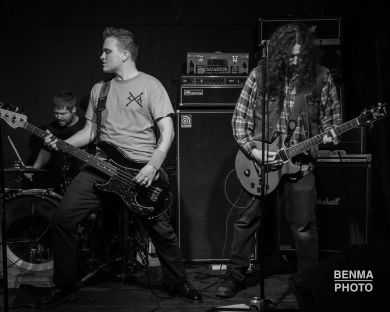 IE: What's on tap next for Pressing On? What does the summer look like for the band as far as shows and have you guys thought about what you'd like to put out next and when?

Will: While all of us have frighteningly real adult responsibilities, which I am sure none of us could have foreseen, we are going to try and play out and about as much as we can. Erik is a tile contractor, Grant is a project manager for a commercial remodeling company, Jonathan is a high school teacher, John manages a New Seasons grocery store, and I am a remodeling contractor and run a small farm. A couple of us already have kids, and some are on the way for others. Just in case anyone is grimacing at the mention of having kids…(I know, swore I never would procreate), I regularly have Sunday morning dance parties with my son and daughter, to the Blitz “Razors In The Night” 45. They also really like Uncurbed. There will be a remixed and re-mastered US/Euro vinyl press of the demo, and we are already working on a couple of 7” EP’s. Hardcore Lives!