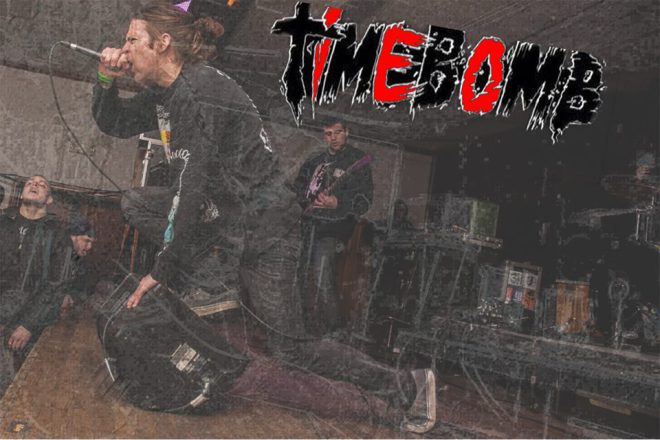 Timebomb who got their start in December of 2012 consists of Joe Constantino on drums,  Bill White on guitar, Tom Milorey on guitar, Seamus Gosman on bass and Marc Greene on vocals. The band released a demo in January of 2013 which is available for free via Bandcamp and an EP on the way this summer on Harvcore Records from PA. To date Timebomb has played a little less than 20 shows with their first one being in April of 2013 in Philadelphia with Beware, Violent Reaction, and Hounds Of Hate. You may also remember Joe and Tom from their time in Outlast before they broke up. Check out this quick interview with drummer Joe from late May 2014. 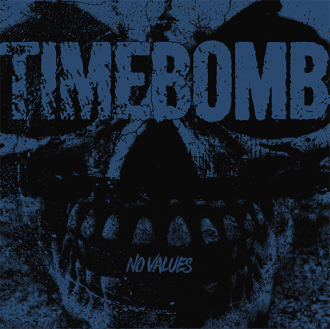 IE: For someone who has never heard of Timebomb give us a little break down on what kind of sound you guys have and what kind of message you are trying to get across with your music?

Joe: We all like a huge spectrum of music within the band, but what influences us musically is early 2000's Bridge 9 Records bands and Rivalry Records bands and Lockin' Out bands. Of course starting this band I wanted to do something that bands haven’t been doing lately. I wanted to relive my younger years of getting into hardcore, and play music that sounded like that. I listen to bands like No Warning, Jail Break, Carry On, More To Pride, Guns Up, Kids Like Us, Mental, Frostbite, Blue Monday and shit, and that’s the music that was most meaningful to me getting into the scene, growing up dealing with shit, and now being Timebomb. Were a fuckin hardcore band, that’s what I want our message to be.

IE: You and Tom came from Outlast who were a fairly established band having been around since I think 2010. Outlast also had a few EP's under your belts. How does it feel to basically take everything you built with Outlast and start brand new from scratch with Timebomb?

Joe: Outlast was actually around since 2009. Tom joined in 2010. Yeah, we did some cool shit, lost a shit ton of money, acted like assholes, got on some banging shows, and put a lot of hard work and time into doing the things we did. It's 100 times more challenging with Timebomb though cause now we are all a couple years older with more responsibilities and shit but Timebomb is also a hardworking band and we already been playing stacked shows and fests. It’s insane, a lot of milestones being made in this band. 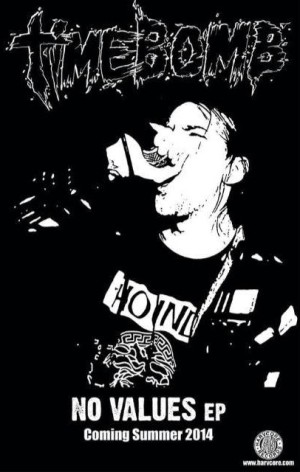 IE: Tell us about the “No Values” EP coming out this summer on Harvcore Records.

Joe: “No Values” is coming out on Harvcore in the beginning of summer or mid-summer 2014 just in time for This Is Hardcore. We got 4 songs and an intro track on it, one song is from the demo, and the others were written a few months before we recorded it in December 2013. We recorded it with Chris Ross in Central Jersey. He plays drums in Nora, Manalive, and Torchbearer. Finished recording it in late Janurary 2014. Harvcore has been laying low a bit, but Vince is a friend of mine and he was always interested in what Timebomb was doing. I asked him what his thoughts were on releasing an EP for us. Being that we are all affiliated with the Philly/Jersey/Deleware tri-state area scene it’s a perfect fit. so we owe Vince and the Harvcore team a huge amount of respect on working with us. We love you’z guys.

IE: What kind of plans do you guys have after “No Values” comes out as far as a follow up and as far as possible tour plans?

Joe: When “No Values” comes out we plan on arranging a couple weekends in the fall and maybe a Southern week tour in the winter of 2014 and any show offers we get in the meantime obviously. Maybe play a few new songs out get kids stoked on our new shit....it's grade A material. We are on a writing frenzy as of now with intentions on putting out a full length and decided for the time being to release another EP to keep our name relevant.

IE: You guys are opening the Friday show at This Is Hardcore on July 25th. Knowing that so much attention goes towards the bands playing that festival and all eyes will be on you do you think when you hit the stage there will be any nervousness or is it just another show with a much larger crowd for you and the rest of your band members?

Joe: It will be the most people any of us has every played in front of ever. Were gonna be nervous as shit, but mixed with intense excitement. Most of us have been going to that fest since it started, and were fuckin honored to play it. It’s a huge deal for any band. We plan on turning a couple of heads. We got some new songs were gonna play and a sick intro. I hope its something kids talk about after the fest. If your reading this get there early to catch our set. Like I said it’s a huge honor to play and we getting asked to play shows that make us nostalgic and grateful to be apart of this scene. 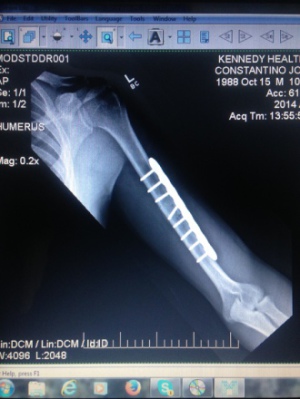 IE: I heard you broke your arm snowboarding recently.  How did it happen and are you all healed up now?

Joe: Yeah, so every year I’m bummed how little I get to go out due to weather, or work , or whatever the fuck so this year I made a little pact to myself to go out as much as I could. So I made it to about 7 trips. A few in Canada and the rest in Mountain Creek. Just so happens this was the second to last snow storm we got for the season and I decide to call out of work sick and head up to the hill with my girlfriend. The conditions were god awful that day, only 6 trails open, nothing but gusty winds and ice. Been in the Terrain Park all day cause that was one of the only open trails, and last run of the day I decide to get as high as I could off a jump. Lost focus mid-air, over shot the landing  and came down like a ton of bricks on the solid ice. Snapped my humerus clean in half. I’m healing perfectly and I started playing drums again after week 3 of post-op hahahaha. Almost got full movement back, still weaker than my right side, but a metal plate and 8 screws later I’m doing alright. I also moved into a house with my girl during this time, I've been busy during this recovery/out of work time.

Joe: Yuck, Dunkin Donuts? hahah, Alright, well I've been introduced to Tim Hortons in Canada and I gotta say nothing else compares. Their coffee is better and donuts are made/sold/or thrown out within 2 hrs. I know for damn sure Dunkin gets that truck load of donuts in at 4am and sells ‘em all day till 9pm hahahah. For donuts I’ve been hitting up this place called Deluxe Bakery in Runnemede NJ.

IE: Anything else you wanted to add before we wrap this up?

Joe: I just wanna say thanks to all the bands who helped us out, and promoters who gave us a chance, or anybody who came to a show or listens to our band. It’s satisfying to write music and see kids react to it. 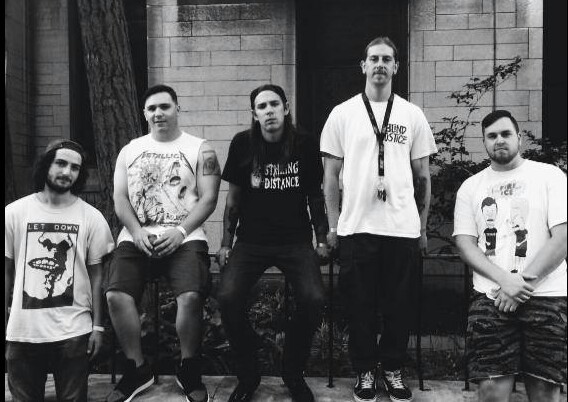