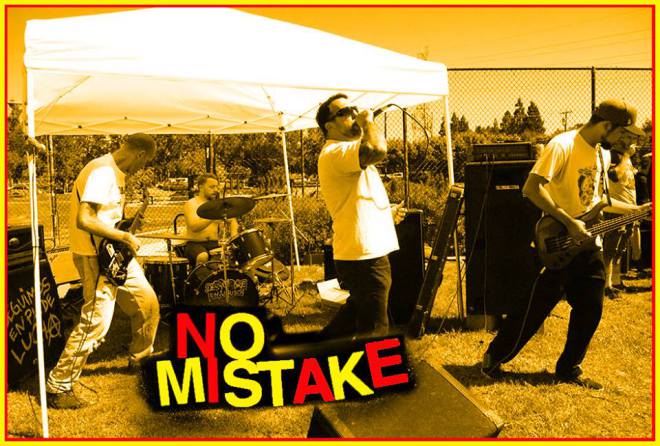 From the ashes of NYHC's GO! comes No Mistake, featuring Mike Bullshit from GO! (now on guitar) and former Slapshot roadie Greg on vocals. Starting at the end of 2011, they're playing the SSD/Negative Approach/Straight Ahead hardcore music they grew up with. Expect solid hardcore - hard and fast songs about a minute long. You'll want to hop in the pit and slam ‘yer boots off. Typical Mike BS lyrics that cover everything from environmental degradation to the colonization of Hawai'i, to wildlife conservation, to bigoted assholes, to unibrows. No Mistake's first 7"ep is out now (on spiffy red and black swirl vinyl), plus there's a 4-song follow-up for free download. Some split EP's are in the works. 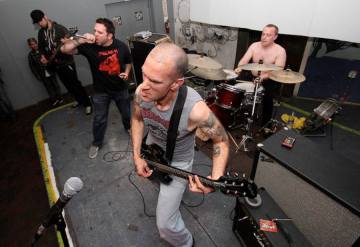 SOME WORDS WITH MIKE BULLSHIT:

IE: Some reading this might remember you from SFA, Go! And Ego. What gave you the kick in the ass to go out and start another band? Do you remember the moment when the light bulb went on?

Mike BS: I missed making music and wanted something local. Great way to connect with the scene, as well. It was a big leap to go from vocals to guitar (with backing vocals and there's some bits I sing), but I love playing guitar. And I've written just about all the music and lyrics, so if you've heard my other stuff over the years this will seem kind of familiar.  Greg's a great singer, too. The day we met I knew we were going to do a band together. Connecting with the scene again also brought back Bullshit Monthly (Mike’s infamous zine from way back) after 22 years, which has been great.

Mike BS: There's so much to love about the Bay Area. I love the weather. I love that I can have a house with a nice yard for my dogs to run around. I love that this is totally a liberal blue state that hasn't elected a Republican to statewide office in like 5 years or more. There's so much to miss about NY! People I know, places I grew up that mean so much to me (even though I can't even recognize where CB's and ABC are now), food (like pizza, of course). Just the whole "New York-ness" of it all. The whole package.

IE: I know you are a few years older than I am. Does it ever feel weird starting over with a new band and playing for crowds that can be half your age or more?

Mike BS: Yeah, kinda. Greg is closer to my age, but the other two guys are in their 20's. Our experiences are just different. I started in the scene really young (16, in 1984) and was pretty much out of it by the time I hit 23 or so. Its cool seeing younger kids have their own thing now. I appreciate the energy that the young kids in the audience have. That was me. Just a while ago. 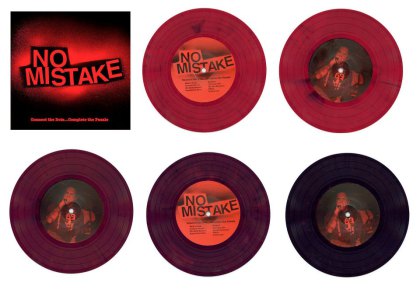 IE: Is No Mistake something for you and the guys to let off some steam on weekends or can we expect to see No Mistake making the rounds outside of the Bay Area?

Mike BS: Mostly it's just fantastic making music again. If we do get out of the Bay Area it'll still be nearby, maybe LA, maybe Reno, maybe a little North. But we can't really take a lot of days off. Greg's got a wife and kid. I've got a husband and dogs, we all have regular jobs. Once again - lots of the younger bands are touring and I follow their progress and it's awesome. Like Zero Progress, Stressors. This is their time. For me I want to play live as much as I can (which is maybe 15-20x a year), write and record more songs, keep doing flyers and graphics. Who knows, ya' know, but I think we'll mostly be a Bay Area band and that's ok.