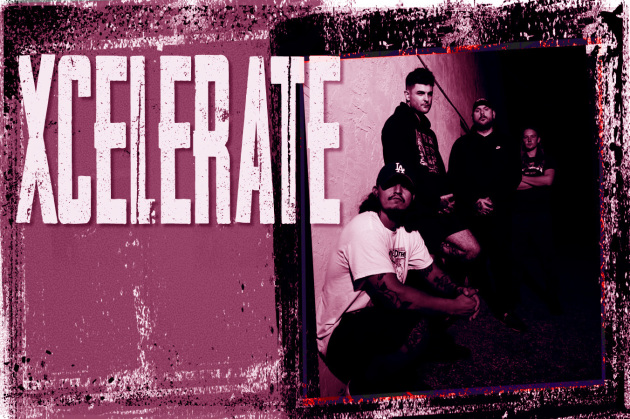 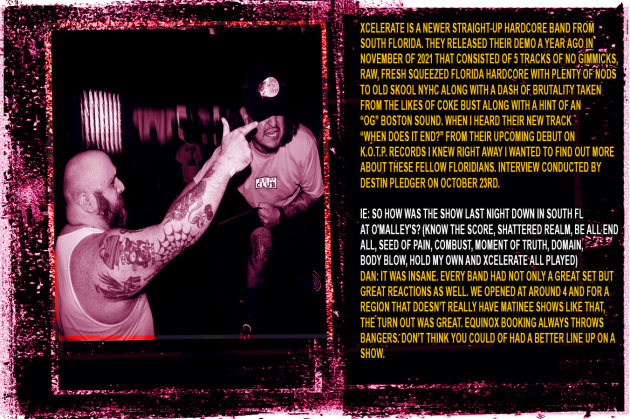 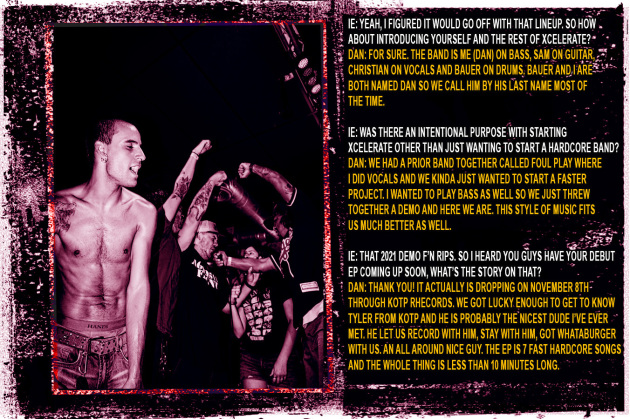 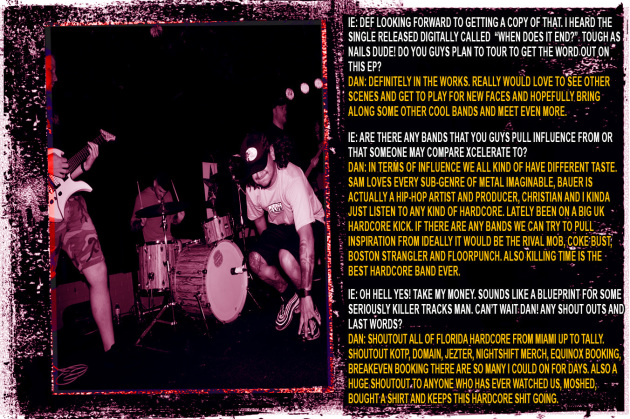 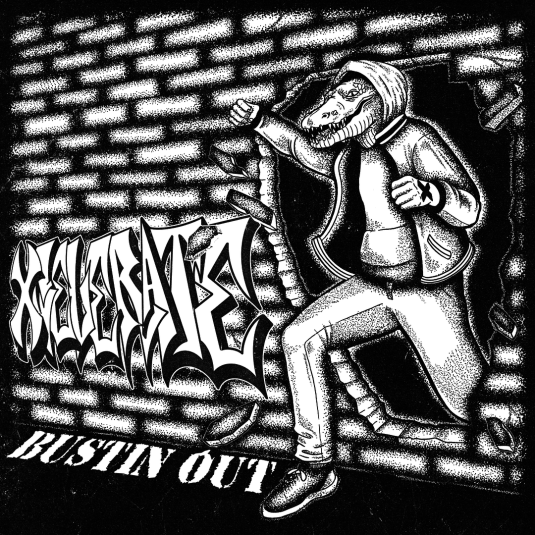 Xcelerate are a newer hardcore band from South Florida, and prior to this debut EP, had only one demo out. The demo was solid so I had my eye out for something new from these guys if it popped up. I noticed a post from K.O.T.P. Records out of Tallahassee about a song premier off this upcoming EP that was available to listen to. The track that premiered was “When Does It End?” and it wasn’t what I expected to hear from Xcelerate based on their demo tracks. I was impressed enough with the song premier to reach out to Xcelerate for an interview and you can also check that out through In Effect Hardcore in the upcoming days.

“Bustin Out” was recorded and mixed at the K.O.T.P. studio by Tyler Denslow of K.O.T.P. Records. Tyler did a great job capturing the intensity of the band’s performance and message that Xcelerate seems to be trying to deliver with this release. The production on this is great but not “too great” as to lose any of the band’s grit with fancy studio tricks or effects. The production was simply spot on and nicely done leaving the tracks and songwriting to speak for themselves. Xcelerate don’t seem like the type of band trying to break new ground with their song writing here but they have managed to capture some cool-ass diversity nonetheless. The track that premiered ahead of the release date that I heard, “When Does It End?”, instantly reminded me of some of the modern Swedish (Kang) D-beat style hardcore bands like Katastrof or Rat Cage mixed with old skool NYHC, basically like Totalitar meets Token Entry. The rest of the EP seems more focused on the NYHC blueprint for song writing with a touch of power-violence reminiscent of what Spine is doing in the Midwest without sounding anything like anyone else though. This is definitely a “modern hardcore” release but Xcelerate’s flavor shows the homage being paid to the old skool styles which we’re all seeing more of lately around the scene in general. So if you’re diggin’ bands like Token Entry, Coke Bust, Killing Time, Rest In Pieces, Spine, Combust, and so on….here’s some recommended fresh meat for ‘ya.

PHOTOS SUPPLIED BY: XCELERATE; ALL GRAPHICS & LAYOUT BY: PAUL TURANO