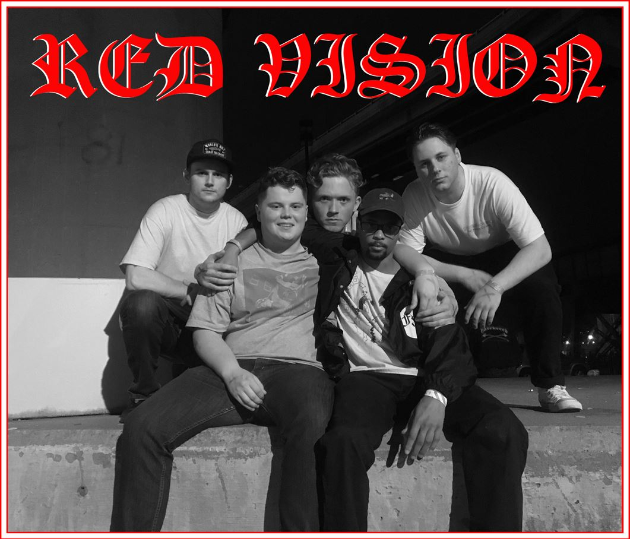 Richmond, VA’s RED VISION got their start in late 2014 and by March of 2015 they released their first demo. In June of 2016 they released a 6 song self-titled 7” on Edgewood Records. The band consists of: Langston: drums, 21, Mark: guitar, 19, Cody: bass, 18, Tye: Guitar, 20, and Justin: vocals, 21 and they have played approximately 20 shows since they formed. Tye also plays in Friend Or Foe and Cody plays in Time To Act. Previously members of Red Vision have been in such acts as Cold Touch, Panic Attack and Growing Concern. 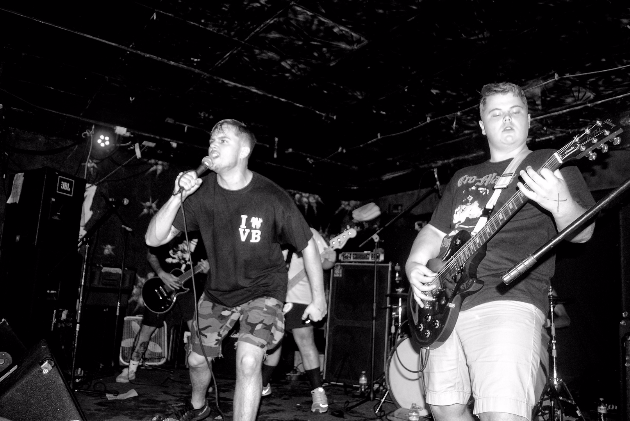 IE: You guys recently put out a 6 song 7" on Edgewood Records who are also from Richmond. Can you tell us about the songs on this new release and what people can expect if they have never heard Red Vision before?

Justin: If someone has never listened to Red Vision before I would probably say it's more aggressive than most bands that are out now. We play an "older" style of hardcore. People seem to group us with Floorpunch, 86 Mentality, Breakdown, or Sick Of It All. None of the songs off the 7" are redone from the demo.

IE: Is this the first time you've been in a band that put out a vinyl release and how did you feel when you finally got the record in your hands?

Justin: It was completely surreal. Just knowing that the hard work the guys put into making it and Edgewood helping us out to get it done made it that more special. 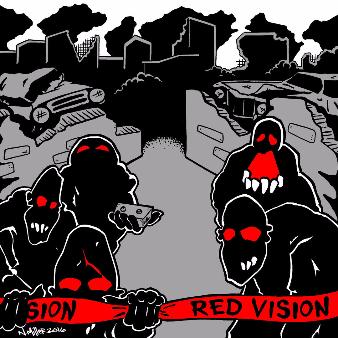 IE: Who came up with the name Red Vision and is there any specific meaning behind it?

Justin: This is a funny story actually. Mark and I were the ones that originally had this idea to start playing music together. We were at his house one day just brainstorming what we could call the band and there were some really shitty names being thrown around. So Mark gets up to go take a shit or something and I just write “Red Vision” on this piece of paper because we were listening to Minor Threat. Mark came back, looked at the paper, and just said "huh, let's do it". And that was that.

IE: When and where was the first Red Vision show? Who else played and what else can you tell us about that first show?

Justin: Our first show was in June of 2015. It was at Strange Matter for Break Away's record release. I believe Bent Life and Ancient Heads also played. We opened up with “Intro Bust” by Warzone. All I remember is being fairly anxious before playing.

IE: You guys are from Richmond, VA which is considered by many to have one of the best hardcore scenes in the US. Can you give our readers a little run down on why you think RVA is held in such high regards?

Justin: Richmond is great. Virginia Beach is great. Roanoke is great. I wouldn't limit hardcore to just Richmond. But what makes living in Virginia the best are the people, the attitude, and the bands. Some of the best hardcore bands of the modern day come from here and that blows my mind that I get to be a part of it and see these bands play regularly. Notable bands would be, but not limited to, Down To Nothing, Naysayer, Friend Or Foe, Victim, Papertrail, Dead And Dreaming, Pushing On. I haven't been to too many other fests, but I know that United Blood which is held in Richmond every year is the best one I have been too. I don't know how out of towners feel when they come to Virginia for it, but I know that the unity that's expressed between VA locals is amazing. 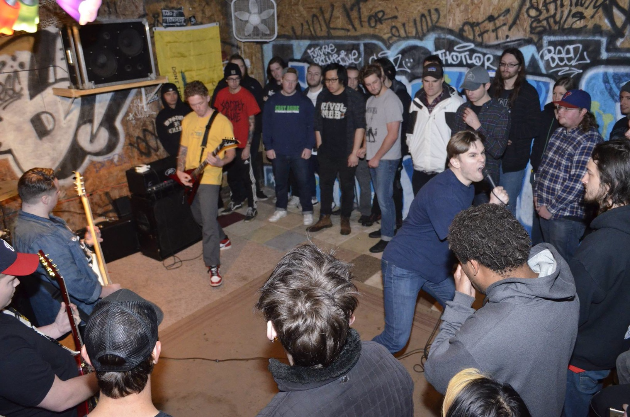 IE: What do you guys have in the works for the rest of this summer and the rest of 2016? When can we expect a follow up to the 7"?

Justin: The plan for the rest of the summer and 2016 is just to play some shows and slowly write for some more stuff. Nothing in stone as far as a follow up yet.

IE: Ok. Last question, dream band that you would love to open a show for?

Justin: This is hard, so I'm not going to just say one... Floorpunch, Slapshot, Agnostic Front, Madball, No Justice, Leeway, or Striking Distance. 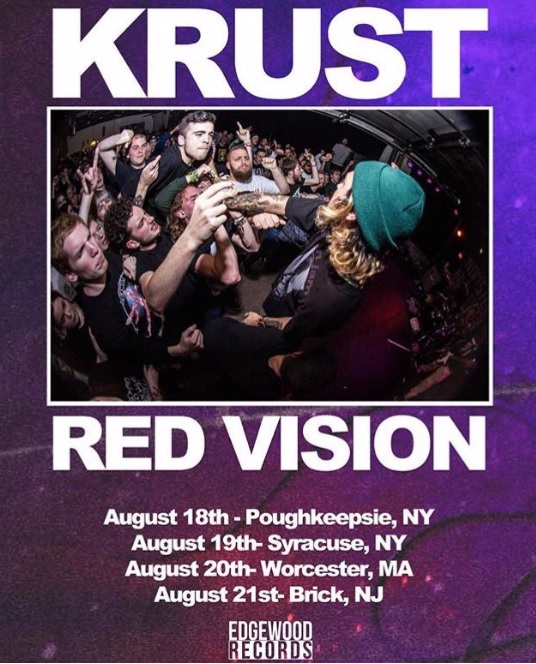