NYC’s Zombie Fight is Lee Weinberg on drums, Anthony Solis on guitar/vocals,  Justin Woods on bass/vocals, and Hilary Neloms on vocals The band started unofficially in the summer of 2010 and became a full band around November of that same year with Hil, Lee, Anthony, and original bassist Ariel Bosworth. Their first show was in January of 2011 and the band has played in upwards of 30 shows to date with bands like Shai Hulud, Cruel Hand, Incendiary, Yuppicide, Last Call Brawl, No Redeeming Social Value, Live Fast Die Fast, Manalive, Cop Problem, Held Hostage, Penalty Kill and others. They currently have 3 EP’s available: “Broke For Tomorrow” and “Alive And Well” are available to download for free and the brand new “Breach” EP is available to download for $2 via their Bandcamp page. The band is currently working on their first full length album at this time. 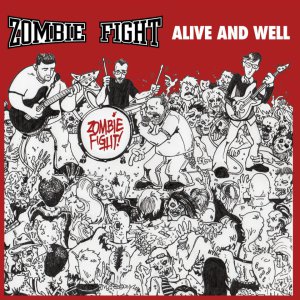 Click above to stream Zombie Fight's "Alive And Well" EP

IE: First off I have to ask how the name Zombie Fight came about? Who came up with the idea for it and what’s the story (if any) behind it?

Hil: The name came about between Lee, Hil and a 20 minute IM exchange. They were throwing band names back and forth to each other. Lee finally spit out Zombie Fight and Hil liked the sound of it. They ran it by Anthony and he was into horror movies and approved so they went with it. After we settled on it, we were going to try to put a deeper, social meaning to it, but honestly we just liked the name.

IE: You guys are right smack in the middle of this growing NYHC resurgence led by bands like Abject!, On The Offense, Yo! Scunt and many more. People outside of the NYC area may not be aware of this so can you break down a little bit on what’s going on and where can people find these newer bands and where?

Hil: The NYC scene is great right now. There are so many bands, it's kind of nuts. One of the great things about it is that everyone has their own flavor and style and at a lot of these shows, you can go and see a great mix of bands who don't sound the same. And they consist of new young guys who are early into hardcore and guys who've been in the scene for a long time so it's a nice mix of young and old. Including the ones you mentioned. It's great to see other bands like Dead Serious, Bomb Scare, The Last Stand, Fashion Week, The Will, WWIX, Jukai, Brain Slug, Vice, No Dice, Vexed, Live Fast Die Fast, Passage, and countless others doing their thing.

Another big thing are the local promoters who are trying their best to hook bands up with shows as much as possible, such as Yo! NYC Mosh Booking, Noble Destro, Black N Blue, City Lights, Dyami Bryant, Joey Steel, NYC Punk and others.

There are a good number of spots doing shows nowadays. In Queens there's the HillTap Tavern, The Shop, Wild Turkey Pub. In Brooklyn places like The Morgan, The Acheron, Corner Bar, The Place, Bullseye Pub, Trash Bar, Don Pedro's, Grand Victory, 538 Johnson. In Staten Island there's NYC Arts Cypher and Full /Cup who have done shows in the past. In Manhattan you still have ABC No Rio, Santos Party House, The Studio  at Webster Hall, Otto’s Shrunken Head. There is a spot called Littlefields in the LES which has started to do a couple of shows recently and we're playing a show soon at a spot called Ding Dong Lounge uptown so hopefully this is a sign of more spots in Manhattan opening up their doors to hardcore and punk again. 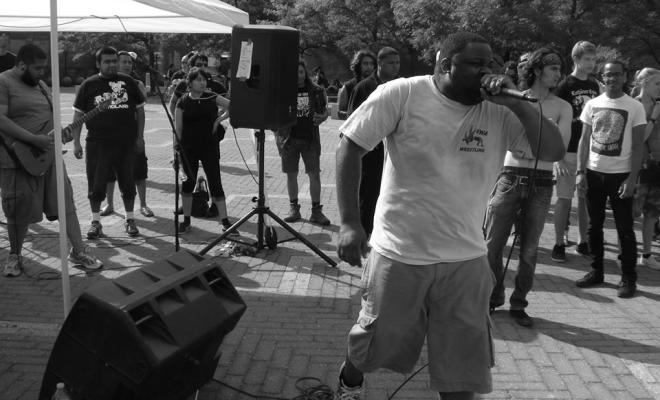 IE: This past summer you made a video for the song “Reconnect” off of the “Alive and Well” EP. Can you tell us a little bit about that track and how it was putting together a video that wasn’t just live footage but with a storyline as well?

Hil: The lyrics for "Reconnect" are basically about people in your life who you truly care about. Sometimes we let things get in the way of keeping in touch with people who we truly love - whether we're too busy, there was an argument (big or small), or any other obstacle of life. But the next time you see them you realize that connection is still there, almost like you saw the person yesterday and you know that no matter what the circumstances you'll always be there for them if they are in need and if that person is suddenly taken away from you before you have the chance to make sure they know that's the way you feel, it's something you might regret. So the essence is just to make sure you let the people important to you know that they are whenever you have a chance.

We definitely have to thank Justin (our bass player) for getting this video done. When we first released "Alive and Well" in 2012, we had the idea of doing a video for this but we just dragged our feet with it. When Justin joined it was one of the first songs we worked on together and he had an idea for a video and pushed us to finally do it.

The initial idea for the video shoot didn't work out so Hil came up with an alternate concept (which is basically the video you see now). The shoot was fun and we did the storyline stuff in Astoria Queens. Our friends Larry, Evan, One Man Arsenal, and Ladi Tessa were nice enough to be in it for us. It was early Sunday afternoon and some of the dialogue we were doing and the argument scenes had a lot of cursing and tense situations. The neighbors were not aware what we were doing and I think a couple got a bit concerned that there was an actual incident going on, although we assured them everything was fine.

The live footage was done at Hanks Saloon in Brooklyn at a show we played with Vexed, Truth In Needles, and On The Offense.  It meant a lot to us that so many people showed up to the show and to be part of the filming for the video. The energy in the place that night was awesome and we had so much fun.  Shadow The Great, who directed the video came down to film but since he was underage they wouldn't let him and his film crew in so Lee's girl Sara stepped up and worked the camera for us that night and did an excellent job. Shadow edited everything down in just a couple of weeks afterwards…and we put it out.  People's response to it was great and we're happy we were able to do something that folks seemed to enjoy. 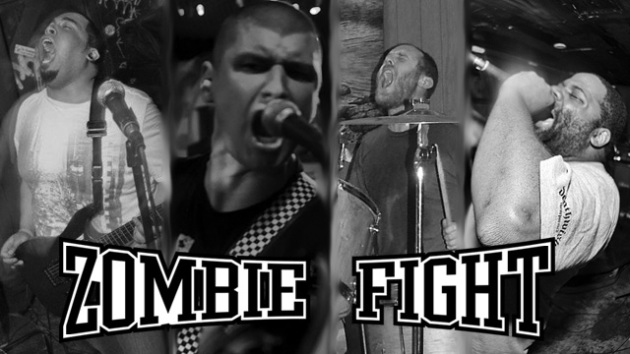 IE: You just banged out another 4 songs in the form of the “Breach” EP. It says on your Bandcamp page that money from this will be used to fund your new full length. When will that be out and can you tell us about the new full length?

Hil: We are hoping the full-length will be out by Jan/Feb of 2014. We've been working on it for a while but life has just kind of gotten in the way of getting it done. At the moment we're slated to have 11 songs on the release. All of the tracks are songs that we have not released yet. We have played a few of them live over the past few months though. At the moment we are planning to put this one out ourselves, but if any labels are reading this and interested in helping us out we are open to ALL offers (wink, wink).  We're recording it at Feet 1st Studios in Manhattan and Lee is producing it. We've talked about doing it as a CD or as a 12" but we still haven't fully decided which route we're going to go, but you'll definitely be able to get it as a digital download regardless.