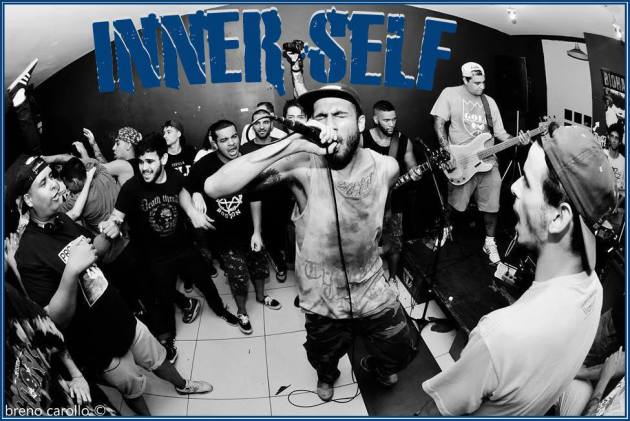 Sao Paulo Brazil’s Inner Self consists of Athos (23), Daniel (20), Julio (26), Elton (28) and Ruben (27). Their debut and only release to date came out in February 2013 and is a 6 song EP titled “Bringing The Rage Back”. The band also made a video off of this EP for the title track.  Band members share their time with other bands including Athos who also plays in DisXease and Stand Hard, Daniel plays in Final Round and Dedication, Elton plays in DPR and Ruben plays in Veneno Lento. Their first show was in February of 2013 and they have played approximately 10 shows to date with local bands like Clearview, Questions, Clobberin’ Time, and Paura as well as bands from outside of Brazil like No Turning Back, Strength Approach and Cruel Hand. 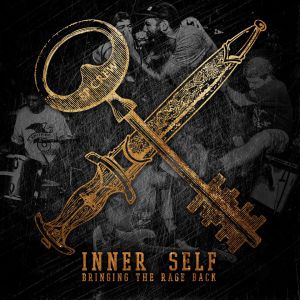 A FEW WORDS WITH INNER SELF SINGER ATHOS SANTIAGO:

IE: What’s up Athos? Inner Self is just one of a few bands that you are in currently. Can you tell us what Inner Self is all about with your lyrics and the message you are trying to get across?

Athos: When I wrote the Inner Self lyrics I used inspiration from my personal experiences. I tried to get everything negative I had in my life and turn them into something positive. Hardcore has always been my escape from the deceptions and everything that I don't agree with in the world so Inner Self is just one of the ways I found to express all the anger and bad things I feel.

IE: From reading your lyrics I get a sense that living where you are seems very hard. What was it like growing up in Sao Paulo Brazil and how have things gotten better or worse since you were young?

Athos: I have a love/hate relationship with this city/country. I love my friends here and I love the hardcore scene but on the other hand we have too much misery, corruption, too many fucked up things. Some people from outside think they live in a fucked up place, but when they come here they really realize what fucked up means. It's hard to explain or understand why things are that way. I would have to give you a history lesson or explain the basis on how this country was built but all I can say is that life is hard down here and there's no reason to be proud of being born here. I have too much love for the people here, no love for the nation/government. Things are getting a little bit better now, but this is gonna take ages to see a real change here. 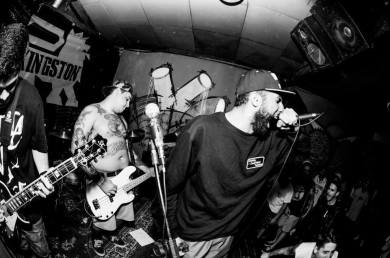 IE: I understand that you are heavily involved with the Sao Paulo hardcore scene in Brazil for quite some time. How long have you been involved and can you tell us a little about hardcore music in Brazil?

Athos: We're all involved in the hardcore scene for at least 10 years. The cool thing we have in the hardcore scene here is the fact that we have a lot of bands from different styles playing the same gigs. We're having a hard time trying to find venues that can do the hardcore deal. Venues just want to book shows for promoters if people can buy drinks and stuff like that and I have to admit that doesn't happen at our shows. We have a huge hardcore scene in São Paulo and we have like 3 or 4 venues that we can book shows regularly. And of course we have a lot of good bands in the whole country, not just São Paulo. I can tell you my favorite bands from outside São Paulo are Last Warning (Belo Horizonte), Your Fall (Curitiba), Nossa Vitória (Volta Redonda), Clobberin' Time (Piracicaba), Norte Cartel (Rio de Janeiro) and a lot more, but these are the ones which came to my mind now. 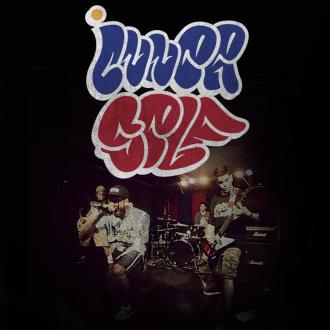 IE: Tell us something about the hardcore scene in Brazil that people from other countries may not know.

Athos: We have a lot of good bands coming out and I think people from outside of here, especially in the USA, don't care too much about that. In 2013 we had one of the best years talking about bands. People are really doing great stuff and the world should give them attention. Here are some bands that you should give a chance:

IE: How come we do not see more American bands playing in Brazil, I think you told me about tariffs or taxes or something dealing with money that makes it very hard for promoters to bring in hardcore bands from other countries, correct?

Athos: There are a lot of American bands coming over here. Just in January we had Coke Bust (DC), Title Fight and Disengage (PA), Rotting Out (LA) and there's a lot of bands about to come like Trial and also a lot of bands coming from Europe. The real thing is that the airplane tickets and visas are expensive as fuck and we mostly can't pay all the costs. For example, I booked the Cruel Hand South American Tour with a friend of mine and we couldn't pay all the costs because Argentina canceled the show and people here did not have enough to cover the tickets and visas. We also have to pay too much for backline and van rental. So, if we want to bring American bands over here it's quite hard and we have to keep in mind the fact that we're going to lose money. We do this for love and because we want to see those bands playing here. Sometimes bands do a DIY deal. For example, they pay for their tickets and we give them all we can, but this is an exception and that doesn't happen that often. 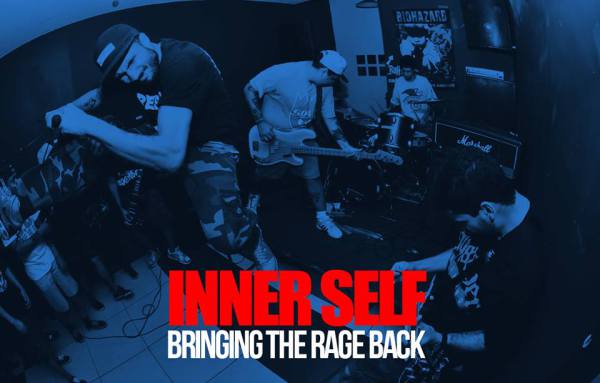 IE: What would you say are realistic goals for the future for yourself and the rest of Inner Self going forward?

Athos: We're going to record some new songs soon and maybe try to tour somewhere outside of South America. Things are going to be hard for us because I'm playing in other bands and I have some plans for the future which are going to make Inner Self rest for a little bit. But before that we want to release a new record and tour. That's our goal for the future.