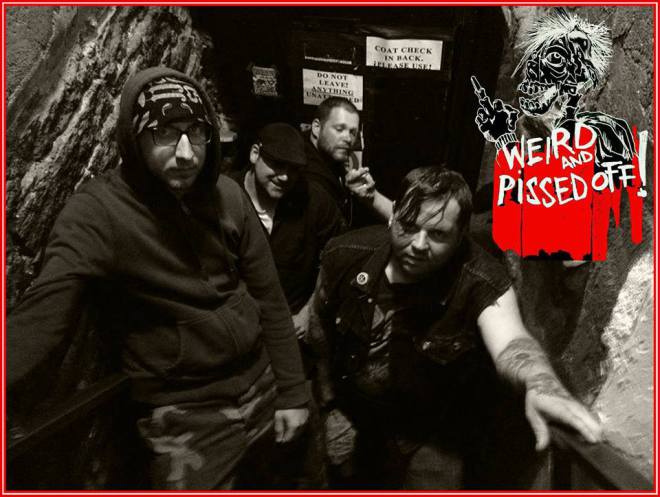 Weird And Pissed Off are a 4 piece band from Long Island, NY that got their start in October of 2012. The band consists of Zach (vocals), Bobby (drums), Bow (guitar), and Bill (bass). They currently have a 2 song demo on CD which is also available for free download via their Facebook page. Bow has played previously in American Ice Age and Up The Fury and Bobby was previously in What Doesn’t Kill Me. WAPO started playing out live consistently in January of 2013 and have played approximately 20 shows to date on Long Island and in and around the NYC area including Punk Island which was a 90 plus band outdoor event on Staten Island. Look for them opening for Murphy’s Law on August 17th at Sinclair’s Pub in West Babylon, NY as well as their upcoming 11 song EP this fall which they plan on recording shortly. 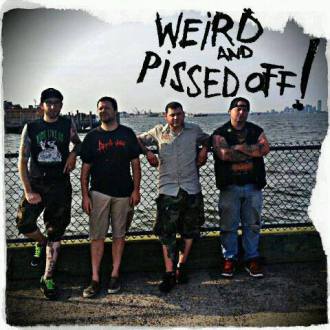 A FEW WORDS WITH SEAN (AKA BOW):

IE: What makes you guys weird and why are you pissed off?

Sean: That one is easy, we are all into horror movies and got the name from John Carpenters The Thing. It was a line that was used when they first encounter the monster. It worked for us when we were first trying to find a style that we wanted to play, we had a couple songs, some were dropped some we kept because there styles were all over the place hence the weird part, and generally from the start we always just said we wanted the music to be pissed as in very aggressive, hence the pissed part, the line in The Thing made perfect sense.

IE: How do you plan on improving on your 300 plus “LIKES” that you currently have on Facebook? You know it is all about the likes these days lol.

Sean: I agree with you. It does seem to be all about them these days (weird), as for improving them, we have been getting a steady increase of them with every show that we play, so I guess that progress, all though we don’t really rely on them completely, we still flyer our shows in person (I know archaic) but it seems that when we do this there is a lot more response from people, because they will tell me that they had no clue about a particular show, even though it has been posted on random internet sites for weeks, so all in all, the manual hard work still pays off there sometimes. I feel bands just think that shows will promote themselves just by pressing enter on a keyboard. You have to put the effort in and work hard. 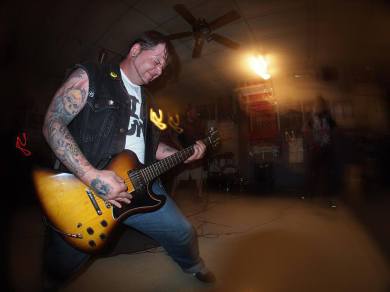 IE: Tell us about a fictional Weird And Pissed Off Fest with just a month to plan it and maybe a few grand in your budget… Ready, set… go!

Sean: Ha a Weird And Pissed Off Fest…well we would have to start with kegs, kegs, and more kegs…that would prolly take a good chunk out of the budget. As for who would play I’ll have to think for a sec…Definitely No Redeeming, Murphy’s Law, Gang Green and have S.O.D. headline , yup, since it’s all make believe haha.

IE: What can people expect to see out of you guys the night of August 17th when you open for Murphy’s Law in West Babylon, NY?

Sean: We plan on starting the party off right, without any bullshit, (except for our drinking parts) a full on assault of in your face hardcore to set the mood just right for the night.

IE: One more question… WAPO’s adult beverage of choice before hitting the stage is.....

Sean: Ha whatever is cheapest.

IE: You gotta come up with something!!!!!

Sean: We are partial to PBR (Pabst Blue Ribbon) but that’s getting ruined by those damn hipsters.

IE: OK then, we will just go with pina coladas then?