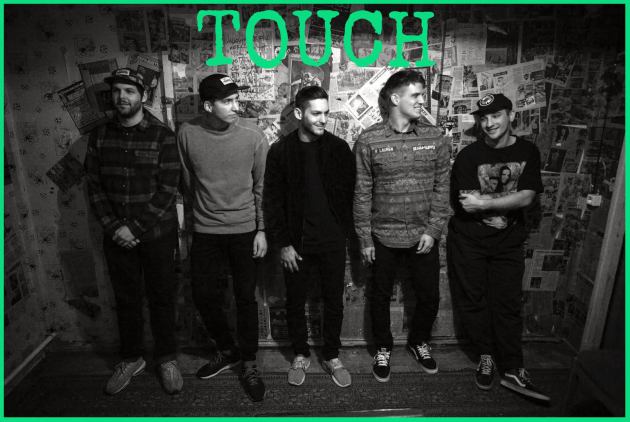 Touch are a 5 piece hardcore band out of Budapest Hungary who initially got their start in August of 2014 but after some lineup changes relaunched in the spring of 2015. In September of 2015 they released 2 promo songs which eventually made their way to their first EP titled “Illusion Of Truth”. In mid-February 2017 Touch released a 4 song EP titled “Rearrangement” and this is what caught my attention with some very well played hardcore with this clean, crisp sound that is hard to ignore. This EP is available for stream or download now via their Bandcamp page with Chiller Than Most Zine (also from Hungary) releasing this in 7” form this summer. In their short time together Touch has played 12 shows with their debut being part of a festival that they put together with their own “No Regret Productions” as they played alongside No Turning back from the Netherlands and Give from the U.S.  Touch is: Balazs, (27) vocals, Adam, (25) guitar, Laszlo, (24) guitar, Lorant, (28) bass, and Dani, (23) drums. 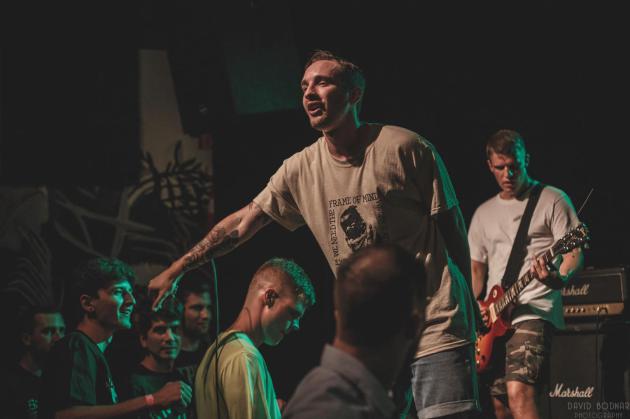 IE: What's up Laszlo? I'm gonna guess and say that there will be many people reading this who have never heard of Touch before. Can you tell us where you are from and what kind of hardcore you are bringing?

Laszlo: Yo! We are a five piece hardcore band from Budapest, Hungary. Right now, we are still working on creating and solidifying our own vibe. We are trying to emulate some of our favorite bands and you will find our sound is influenced by bands like NYHC staples, Bad Brains, Burn and Absolution and the whole Washington, DC hardcore vibe. 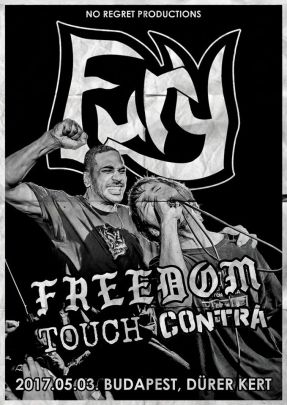 IE: Touch is the first hardcore band from Hungary featured on our site. Can you tell us about Budapest where you guys are from?

Laszlo: Budapest is the capital of Hungary, there are over 2 million people who live here so it’s a lot larger than most people probably realize. Only our singer, Balazs, is actually from Budapest originally and the rest of the band is actually from the countryside throughout Hungary. We all now live in Budapest though. Like most other major cities, we have our spots for good gear (Aktrecords) good food (Hummus Bar) and good hangs (chillin’ along the Danube River or hitting up the thermal baths). Budapest is the central hub for universities and growing career opportunities, so it made sense to move there. It allows us to play in bands, be exposed to the scene, while also being exposed to better careers simultaneously. When people come to visit, hitting up the thermal baths are always the go to. Széchenyi baths are the most popular, but they are actually littered throughout the entire country in the main city and in caves throughout the countryside. The historical downtown core of Budapest is architecturally and aesthetically so cool. There are more than 9 bridges that cross the Danube River, the 2nd longest river in Europe that runs right through Budapest. So when we aren’t jamming you’ll catch us showing visitors around, or just hanging out around the city and countryside.

IE: What is the hardcore scene like in Hungary?

Laszlo: Hardcore is still growing here in Budapest which makes it awesome to be a part of and watching it develop more. Our population is pretty large, so we have many mini-scenes, hardcore, punk, metal, etc. but there is an appreciation for each other and it’s a pretty positive and encouraging scene to be a part of. Hardcore and punk rooted itself in Hungary in the 80’s. At the time we were a communist country, which most don’t remember. Punk, generally speaking, has been derived out of feeling depressed and oppressed by government, so it’s interesting that the culture and mentalities crossed over and grew during the 80’s despite a fairly huge difference in political structure at that time. Bands such as, Kretens or QSS were around back then but hardcore didn’t really develop its roots here until the 90’s with bands such as, Sedative Bang or Dawncore. Today’s Hungarian scene is pretty diverse, some of the local hardcore stuff playing these days are COLD REALITY who are pretty cool as well as HANOI. There is really only one larger hardcore venue, called Dürer kert and there are 3 different rooms in that venue (250 in the smallest, 350 in the middle and over 700 fit in the largest one), so it is adaptable for optimizing itself to be conducive to the show’s needs. There is a basement section on top of those rooms that is pretty small and good for an even more compact vibe. This venue has been huge for so many bands and is well known because it’s an easy spot for all types of shows to happen. We’ve been able to share the stage with lots of rad bands and it’s been around for a long time and is sort of THE spot for Hungarian hardcore. 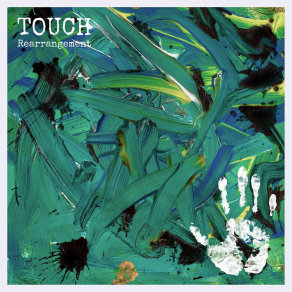 IE: Touch recently put out 4 new songs which will be released on 7” via Chiller Than Most Zine this summer. Please tell us about the "Rearrangement" EP and how it may differ from Touch's earlier release?

Laszlo: This new release, “Rearrangement”, is actually quite different from our last release, “Illusion of Truth”, put out last year. It starts off with a song featuring Packo of True Colors, and Building, out of Belgium who is one of the most dynamic fronts in the more recent European hardcore scene and it was rad to be able to work with him and start the record out with that song. On this record the songs musically, are darker and faster and lyrically more bright and positive vs. “Illusion Of Truth”, in which the music was brighter but lyrically was darker. We recorded in an amazing studio, SuperSize, so the overall quality of the record surpassed our expectations and we are truly grateful for all those who helped us bring this record to realization, and CHILLER THAN MOST for putting it out.

IE: Is there a special meaning behind the name Touch? I have seen a flyer you guys were on and saw the use of the Supertouch 7". What's the connection if any?

Laszlo: Our name actually has nothing to do with Supertouch, the band. We love Supertouch, but musically and lyrically there is no correlation between them and us. Funny enough, the name actually comes from a TV series that our singer, Balazs, loves called Touch and we thought it sounded cool. As for the Supertouch 7” flyer, we were playing a gig with BLUESBREAKER from the Ukraine and they have a t-shirt with the Supertouch reference, so we figured it would be cool to put it on the flyer for our show with them. You should check them out, they are super rad guys and sound like Quicksand. What’s not to like about that? 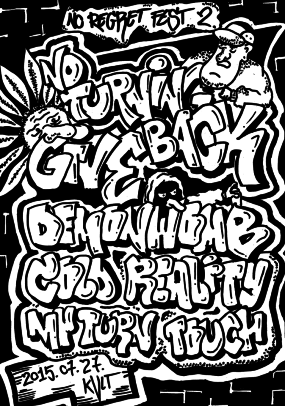 IE: You guys have not played a lot of shows as of yet but you have shared the stage with some good bands. Will you start to play out more now with the new EP out?

Laszlo: We spent the initial years as a band working on our sound and writing as much as we could, so we haven’t actually gone on the road yet. With “Rearrangement” coming out we are hoping to go out on the road soon. Two of our members play in another band called, CONTRA who sound like a mix of 86 Mentality and Agnostic Front, and we are planning on getting out on the road for a combined tour in the fall hopefully. We’ve been fortunate to have had the opportunity to share the stage with many well-respected guys out there in bands such as Give, Justice, Blacklisted, Fury, Freedom, Negative Approach and have an upcoming show with Burn in a couple of weeks. It’s been surreal to have those opportunities considering our music is still quite unknown and we are looking forward to getting our stuff more out there in the coming months.

IE: What is next for Touch in 2017 and beyond? Is everyone in this band free to do a lot of touring or are you more set in your careers and this is more for having fun and staying local?

Laszlo: We are planning that tour with Contra. We will be recording a new 7” soon as well. We are trying to find a balance, we all have jobs and some of us are studying still in university. Even though we have stuff that ties us to Budapest, we are still looking forward to getting out there as much as we can, meeting new people, seeing new places and playing as much as possible. We are fortunate that we are young enough that we don’t have too much else locking us down right now which allows us to have that bit of flexibility.

IE: Do you have anything else to add before we finish up? Thanks for your time!

Laszlo: Thank you for this opportunity, we are stoked to be getting recognized for our effort put into this record. This will be one step towards more access for others to learn about Touch a little and to keep growing this hardcore scene and keep this thing alive here in Budapest and for us to get more known elsewhere. Big shout out to my friend Attila/Chiller Than Most as well for helping us get “Rearrangement” out. Hope you guys dig it.