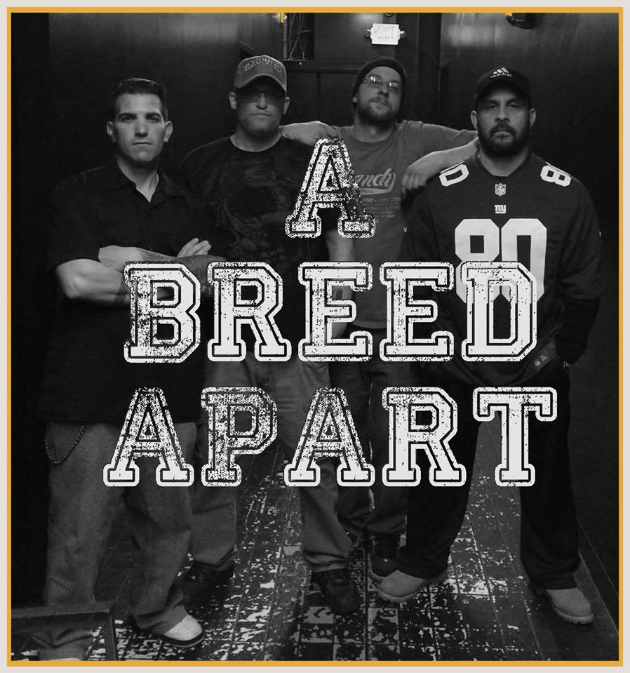 A Breed Apart got their start in the winter of 2014 and are made up of members from Brooklyn, Staten Island as well as New Jersey. They have a 4 song demo which came out in February of 2015 and are currently working on their first full length. With only about 15 shows under their belts to date these guys definitely qualify as a Fresh Blood band and one who is on the rise in the NYHC scene. I caught them live recently down at Lucky 13 Saloon in Brooklyn and bodies were bouncing off the walls for their entire set which apparently always includes a cover of Warzone’s “As One”. The band consists of: Jay – drums, Anthony – vocals, Chris – guitar, and Brian – bass. Graphics by Bas Spierings and a big thank you to Mattis Photo for the great shots! 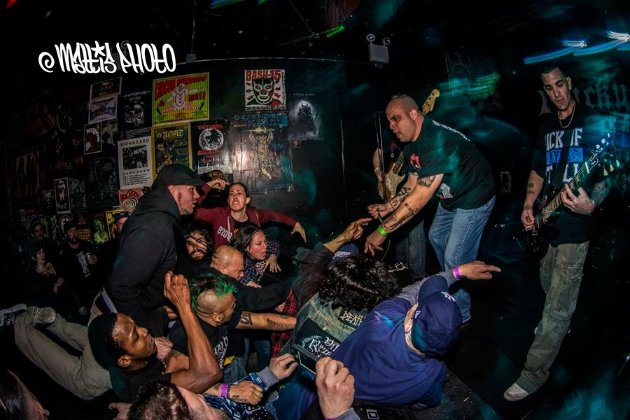 IE: What’s up Anthony? This Fresh Blood page is here to give newer bands on the rise some needed exposure. For people reading about you guys for the first time right now what can you tell them about what A Breed Apart brings to the table. Can you talk about the band’s sound and the message your trying to get across in your lyrics?

Anthony: First off we are a bunch of old guys who love old school NYHC. Basically that's what we bring. Old school NYHC from the gutter. Our lyrics are the typical hardcore lyrics. Stand your ground type stuff. Nothing ground breaking.

IE: Being that In Effect is also based in NY I have been asked a few times about what the scene is like here now. There are more than a few people from outside of our area who only know about the bigger names like Madball, Sick Of It All, Agnostic Front, and a few other bands who have been around for a long time. I think you would agree with me that there is a lot more going on and the scene is definitely not dead. What are some bands from NY that in your opinion are maybe overlooked or deserve more attention from fans outside of the NY area?

Anthony: Hands down in my opinion these bands are fuckin DOPE...Caught in a Trap - Enziguri - Reason Enough - Full Scale Riot just to throw a few out there. 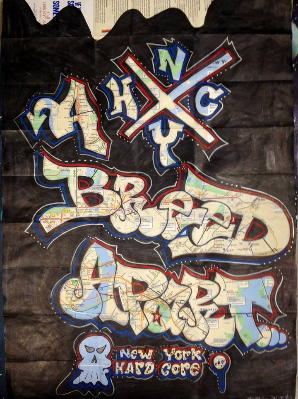 IE For a while now there has been a shift from most shows being in Manhattan to Brooklyn and Queens. What venues have you guys played in and in your opinion do you see any ones out there now that can really stick and become the one meeting spot or destination much like CBGB's, the Wetlands and Coney Island High were for NYC?

Anthony:  We haven't played too many places but I’ll say that Lucky 13 Saloon and The Grand Victory in Brooklyn are fuckin dope! I also think Mother Pugs on Staten Island is a great spot. I think Lucky 13 is our favorite spot. It’s just the perfect spot for hardcore. Cheap booze, go-go girls and horror shit all over the place. Has a great stage too!

IE: More recently you guys have been playing shows out of state by yourselves along with the local bands from where you played. How have the responses been to your band live out of state and do you plan to continue booking out of state shows for the foreseeable future? Basically will this become a regular thing?

Anthony: Yeah, we got a couple offers outta state and we are definitely gonna take them if possible. We played a show in Pittsfield, Mass with a bunch of bands including Meth Mouth a few weeks back and the other bands were really metal. Except the band called The Damaged. Anyway, I thought “oh shit they’re gonna hate us”. Our turn came to play and the crowd was great. Pile on’s and singing along. Turned out pretty good. We have plans to play Delaware and Boston in the works.

IE: Where did the name A Breed Apart come from and is there a meaning or anything behind it or do you all just think it sounds cool?

Anthony: Me and Jay always talk about how people have turned into scumbags and backstabbers and it seems people have lost their ability to do the right thing. We always say this generation ain’t for us and our generation is A BREED APART....seemed fitting ‘ya know. 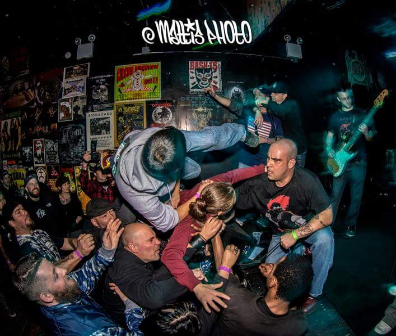 IE: If I asked you what this bands influences were I am pretty sure it would be a long list of NYHC icons starting with bands from the late 80's time period. What non NY bands in any time period have influenced A Breed Apart’s sound in your opinion?

Anthony: Sound wise we pretty much are influenced by all the old school NYHC bands but some very important  bands outside the NYHC scene would be Negative Approach, D.R.I. Powerhouse (CA), Slapshot, early Suicidal Tenedencies, early Corrosion Of Conformity, Minor Threat, and The 4 Skins just to throw out a few.

IE: A Breed Apart recently put a new song out online called “Hardcore Strong”. Initially your plan was to record new tracks and post them online as you completed each one but that idea has apparently changed to recording and releasing everything as part of an upcoming LP. Can you tell us more about the new material?

Anthony: At first we were just going to record songs and throw them up as we finish ‘em. I’m new to this whole thing from a band standpoint so I reached out to my friend Drew Stone who has been great with everything from advice to coming up clutch at shows to just being a solid dude. After getting some good advice we decided we will record about 12 to 15 songs and bust out a full length. Some new songs we are playing live are “Infidels”, “Anti”, “Hardcore Strong”, and “Bastards”. Two labels reached out with great offers but we haven't decided if we are gonna do it DIY or not. We are not totally sure when the full length will be done but we are working on it. In the meantime we have a few shows to play so we will be busy thank God.

IE: Thats about it. Anything else you wanted to add before we finish up? Shout outs?

Anthony: I just want to thank IN EFFECT HC for the support. My boy Jimmy and Blast Furnace Productions, Jeff Enrage, my bandmates, my boys in HTC, Drew Stone, Sean,  Tony and Tommy and the boys in Reason Enough, Lucky 13 Saloon....Eric, Sal, Erica, Dee, Whip, and everyone who supports us! We thank you! We ain't shit without all you's creeps! HARDCORE4LIFE! 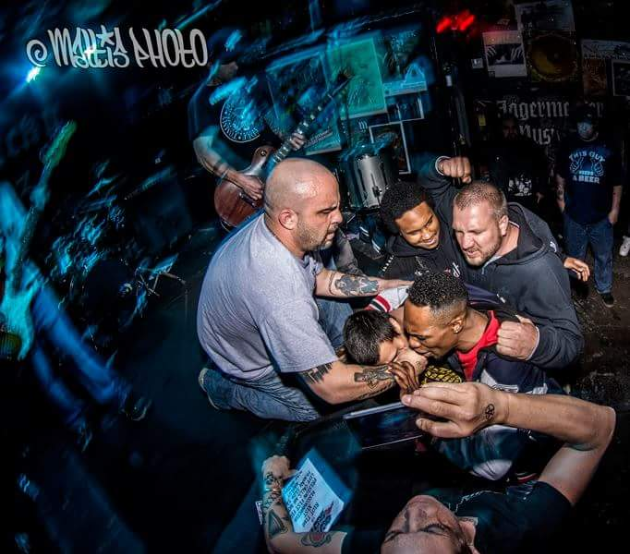