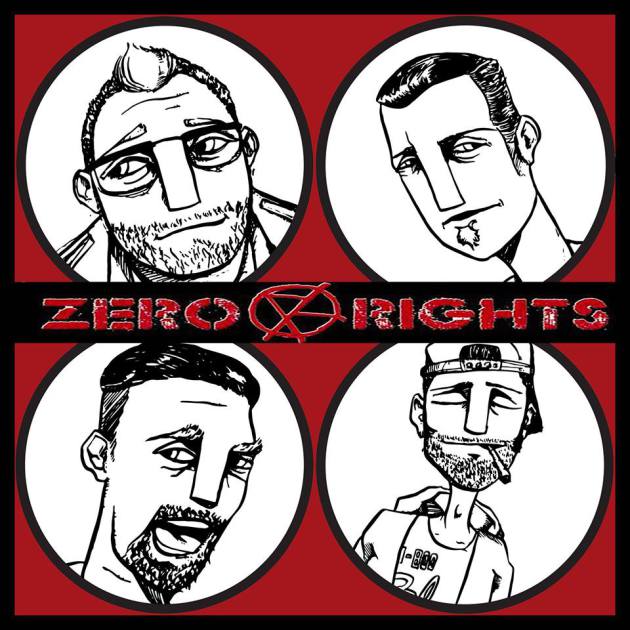 NY’s Zero Rights got their start a little over a year ago with their first show in August of 2015 at the now defunct Grand Victory in Brooklyn, NY. Their lone release is their 8 song EP titled “Our World” which was self-released and came out in July of 2016 on CD. The band consists of: Shawn Refuse on vocals, (previously of Done With You and Refuse Resist - who still plays a couple times a year), Steve Morton on bass (who has played in the bands Rebel Dead, Divisionary & Live Fast Die Fast), Paul Seda on guitar (who has played in Eyes Of Hate, Yo! Scunt, and is still playing out with Caught In A Trap), and Stooley Kutchakokov on drums (from Gangway, Urban Waste and also Beachcraft Bonanza). The band has made the rounds in the NYC/Long Island area and is itching to hit more places up and down the Northeast coast of the U.S. 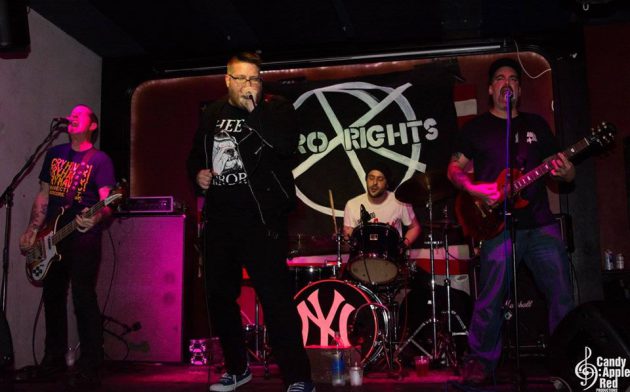 IE: What's up Shawn? You are originally from Boston MA and from what you’ve told me have been in bands there as well. What made you make the move to NY and when was this?

Shawn: Yeah, I have lived in Massachusetts most of my life. I moved down here to be with the lady of my life, Lyz. That was about 4 years ago and we just got married in September so that was a good move.

IE: What bands were you in while living in the Boston area?

Shawn: In Boston, my last band was the one that did the most. It was a hardcore band called Refuse Resist. It was an awesome run and we got to play with all of the bands that have influenced me over the years. 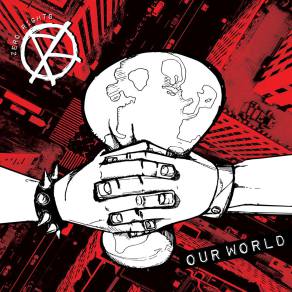 Click image to stream/download "Our World" by Zero Rights

IE: When I got a hold of your “Our World” EP I was impressed with the sound you guys have which walks this fine line between punk rock with melodic type choruses as well as that harder edge that is more in line with what hardcore is more known for. Can you talk about where all of you come from musically and how this sound evolved for ZR?

Shawn: We have great musicians in the band. It's been a blast lately because we keep evolving our sound. We are still relatively new so we will keep writing and changing as we keep ourselves interested as well. No one wants to hear the same songs over and over, let alone play them. Steve and I started the band with a vision and Paul and Stooley have evolved it to the sound it is today. I am always playing with the vocals. I want something that sounds different than what is out there now but something I'd listen to as well.

IE: I mentioned this in the review of “Our World” that there are a few sections on this EP where you change your vocal style to where I initially thought you had Jello Biafra from the Dead Kennedy’s doing guest vocals. Your primary vocal sound is more of a raspy style and the 2 styles you use are almost complete opposites. I have to ask if I have been the only person to bring this up to you and was it something that came easy to you or did you have to work at it for a while?

Shawn: You're not alone. Ha. I will say the Dead Kennedy's are the band that got me into punk and hardcore. The first CD I owned was a copy of “Give Me Convenience Or Give Me Death”. It changed my life. My second one was M.O.D. Haha… so I loved the political side of things and then the obnoxious side of things. It was something that came easy, back in the 90's and that is the way I sang. I then took a lot of time off of music and when I came back, I enjoyed singing more along the lines of DYS, Meatmen, Sheer Terror, Slapshot with the growly voice. It was what came out natural in Refuse Resist so I honed in on that sound for a while. This band is the amalgamation of everything I'd like to hear in a band. Truly hardcore and punk each song. 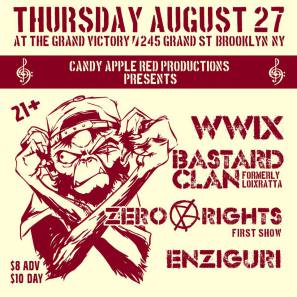 IE: You have some pretty cool looking art visuals on the “Our World” CD. Who is behind this?

Shawn: I've traditionally done the art for all of the bands I am in because of my illustration/design background. Though Stooley is a great illustrator as well, I want him to do some stuff too in the future.

IE: You guys put out the EP total DIY style without the help of any labels although I believe you were looking for some leading up to its release. How many CD’s did you guys make and what has the whole experience been like writing, recording and putting out your music all by yourselves?

Shawn: We wanted our first release to be by us. When we are a new band, we don't have any kind of pull really in the label side of things. If it becomes a proven EP that someone wants to pick up (especially for Europe) we'd be interested in chatting. We are working towards a full length as well. When we have that I think we'd look for the help of a label so we can get it out there from a press/distro angle. But, we felt it was best for this time around to just go the DIY way. We did a small pressing of 500 and released it on all streaming/download sites as well.

The experience writing has been great, like I said everyone in the band impresses me on the regular. Recording was different for me this time. I typically go to my guy in Boston at Galaxy Park, but this time everyone wanted to stay local. I am very happy and proud of the way the EP came out. We recorded with Glen form No Redeeming Social Value and he did an amazing job. We got it mastered up at Galaxy Park. Recording is one of my favorite parts of being in a band. At the end, you have something to hold and share with people. 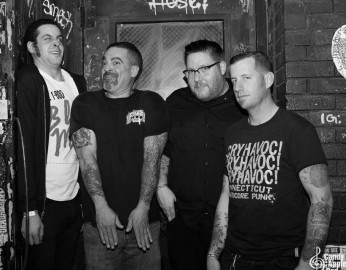 IE: With your wife Lyz (Candy Apple Red) and bandmate Steve (SBC Bookings) the band has 2 direct routes to getting on shows as they are both pretty involved with the NY and Long Island scenes and booking shows. Is having this situation as good as it may seem to someone not directly involved with the band and how has it been to this point trying to get on shows?

Shawn: Stooley is in SBC as well. It is good to a point. We have played some great shows out on Long Island where SBC is. Lyz always puts on a great show as well. She is taking a little time off though. The closing of Grand Victory in Brooklyn took away her favorite place to book. Once she gets back to booking again we'd love to play more of her shows. We do need to spread the net though so we can play to some different crowds. Scenic does some great stuff, there are a ton of underground places we'd love to play. I'd rather play to a crowd of people that didn't pay and are there to have a great time and dance than the arm crossers who don't want to spill their drinks.

IE: You guys are already working on new music after getting back from your recent honeymoon. How many new songs are there now and when can you see Zero Rights putting new music out in any capacity whether it's your own release or part of a compilation or other?

Shawn: We are writing now. I think we have 4 unrecorded songs. They are coming out great and very different than the EP. I think we'd like to get 15-20 before recording and put out a full length. We are going to put a couple songs on some comps along the way to get in front of new people too.

IE: 2016 has been a good year for you guys playing I would say a good amount of shows in the NY area, and releasing your CD. Where do you hope to see this band say in a year from now and in your thought process do you see Zero Rights as a band that can be around for years to come or are you all just taking it one day at a time and letting things just run their course and see where you end up?

Shawn: Currently we are doing one day at a time. We are loving the band and it is a band, not just a project. But we are also very busy and realistic. We also are not going to rush anything. When we are ready for a new release we will record it and decide if we want to put it out ourselves, shop it around, etc. To steal a very famous saying "The future is unwritten". I look forward to being there every step of the way though.