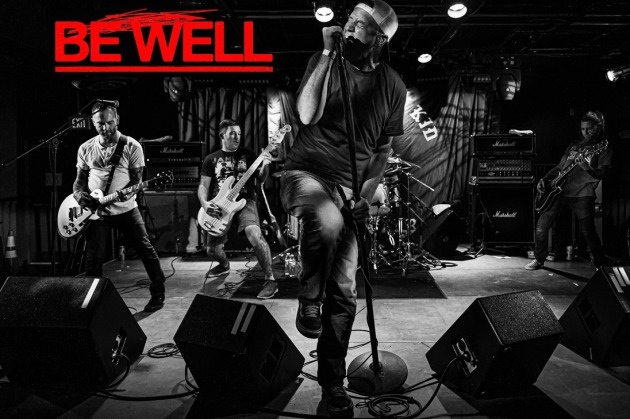 We found Be Well late last year when they put out a 2 song EP and then followed that up with their debut full length which came out just last week (August 21st) on Equal Vision Records as well as End Hits Records. The band is made up of scene veterans from bands like Fairweather, Bane, Darkest Hour, Ashes, Converge and Battery. Singer Brian McTernan is also well known for his work with his Salad Days Studios down in Baltimore. Anyway, we love their new album “The Weight And The Cost’ and wanted to get the scoop and hit up Brian in this interview which took place in late July. The rest of Be Well is: Aaron Dalbec- bass, Pete Tsouras- guitar, Mike Schleibaum- guitar, and Shane Johnson- drums.

IE: Hey Brian. Where are you right now and what would you usually be doing around this time of the day if you weren't answering these questions?

Brian: This time last year Battery was touring Europe with H20, and now I am stuck staring at a screen all day. I have been doing a lot of mixing and mastering, as well doing some writing and pre-production with bands over Zoom. There have been lots of interviews and podcasts since the new Be Well track was released, and that takes a pretty good chunk of the day.

IE: Be Well comes to us with a loaded resume of former bands as well as a mix of people who are not necessarily living right around the block from one another. Who or what were the major factors of the 5 of you coming together to start this band?

Brian: We are all in a similar place in life… Lifelong hardcore kids and musicians that wanted to create something new. Mike Schleibaum and I had been sharing ideas back and forth for a long time. I have known Aaron for over 25 years and had made records with both Bane and Converge. He had recently moved to our area, so we sent him the songs and he was stoked. Mike played some stuff for Peter, who then played it for Shane, and we finally had a band. I love the guys. They are great players, artists, and people. I feel lucky to get to do this with them.

IE: Leading up to the earliest Be Well rehearsals what were you guys discussing as far as the direction you wanted to go for sound wise and do you think you have stayed on that path with the music you've written so far?

Brian: We never talked about it, but I think we all wanted to to do something that was melodic, emotional, and energetic. A spin on the hardcore music that we all grew up on, with a lifetime of making our own music to draw from. I have always been inspired by deeply personal lyrics, and have made an effort t to be open and honest and reflect on the journey that led me here. 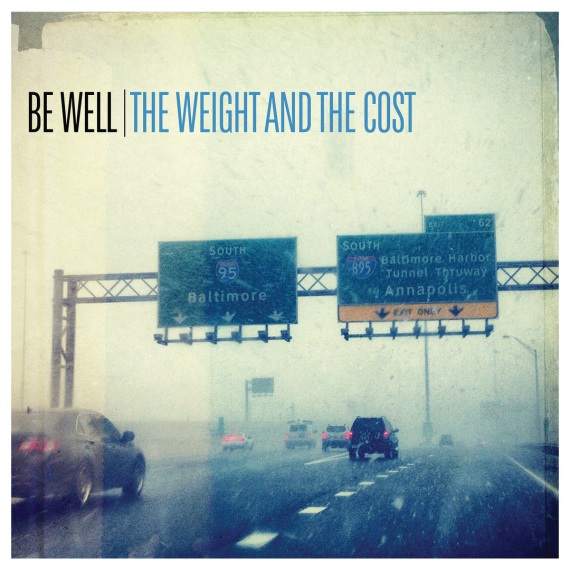 IE: Can you break down the new album for us and give us some insight on the music and the overall message within the music?

Brian: A lot of this record was written through the lens of me as a parent realizing how different I want my daughter’s life to be from mine. It’s also an admission that in order for me to give my daughter the life that I desperately want here to have, I have to find a way to deal with my own mental health.

IE: The press "one sheet" that was sent to us with the new album alluded to your last response talking about it "chronicling your struggles with depression and fatherhood". Does wearing your heart on your sleeve here through your lyrics help you in any way to deal with what you are going through?

Brian: Doing Be Well has been an amazing vehicle for expressing things that I have struggled to express otherwise. Being surrounded by a supported community, having things to look forward to, and knowing that I am not the only person who has feelings like this has been meaningful as well.

IE: I see in the pre-order bundles that you have your very own Be Well coffee! And mugs! How much of a hand in the actual making of the coffee did the band actually have?

Brian: Our bass player, Aaron Dalbec, owns Essex Coffee Roasting who is doing the roasting. Our guitar player Peter Tsouras did the art for the coffee mug and bag. We were pretty hands on with all aspects of that.

IE: If you saw a hardcore band with their own coffee 20 years ago people may have had some weird reactions!

Brian: Haha… It’s pretty crazy. I think it’s cool. In the era of most music being streamed, I like people having some choices of physical products they can get. 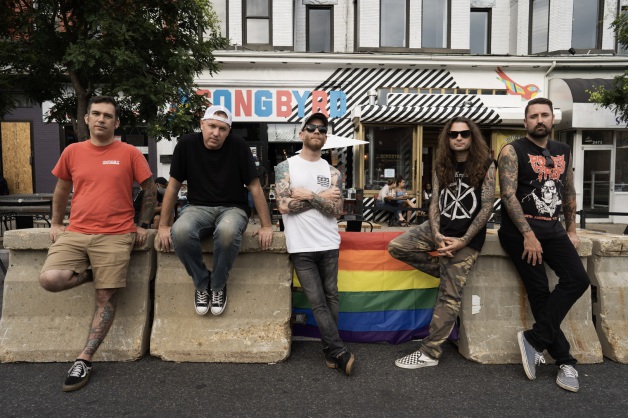 IE: What's the meaning behind the title “The Weight And The Cost”?

Brian: It’s about how heavy so much of the shit I have carried around with me has felt and the toll that it has taken on my life.

IE: How about the band’s name, Be Well? Who came up with it? What's the meaning behind it?

Brian: I had it on a list of band names that I shared with the guys and they really liked it. The name to me feels equally hopeful as it does sad, which fits the mood of the band well.

IE: How many years has it been since you were the singer for a band?

Brian: Battery broke up in 1999, and I have not done a new band since. We did two brief European tours in the last 20 years and that’s pretty much all. I truly missed writing and playing and am thrilled to have this opportunity.

IE: You are also well respected for being a music producer over at Salad Days Studios in Baltimore and have worked with a lot of bands. Do you think your studio experience helped you jump back into the waters of being the frontman?

Brian: Absolutely. Continuing to be around so many awesome bands has kept my writing and perspective fresh. Getting to collaborate with such a wide range of people definitely shaped what I want to hear and feel in a song.

IE: Who are some of the bands you've enjoyed working with in the studio?

Brian: The list of older bands I have enjoyed working with would get way too long… some newer stuff I have been working on is Strike Anywhere, Sharptooth, Praise, Angel Du$t, Good Tiger, Sunstroke, Love Charisma, and lots of other cool stuff. 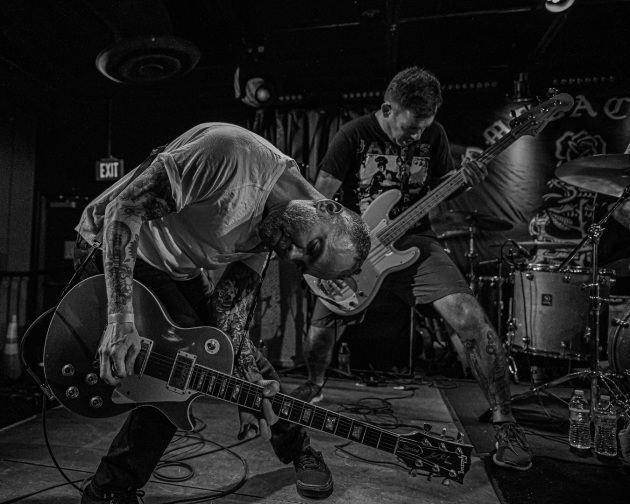 IE: Be Well put out a video for “Confessional” and is one of those types of videos that subtlety drops a deep message. Can you talk about this song's lyrics and how you sort of transferred its message into the video?

Brian: It’s about revealing things about ourselves that we are afraid to share for fear of rejection. Often the things that we fear the most are unremarkable and irrational, but we allow them to grow by burying them deep inside.

IE: Can you talk about where it was shot? The live stuff, boardwalk and other places? Where are they?

Brian: The live portion of the video was shot in an art storage warehouse in DC. Everything else is either Rehoboth Beach or Baltimore. WATCH the music video for "Confessional" HERE.

IE: Is that your daughter in the video? What does she think of Be Well?

Brian: Yes! My daughter is in the video. She loves Be Well, and I love that she is able to see me be able to do this.

IE: The Covid 19 situation has not been kind to Be Well's plans with some bigger shows from earlier this year being cancelled as well as initially delaying the release of this new album. Do you guys have any kinds of plans to promote the new album in maybe unconventional ways and when do you see things getting somewhat back to normal where music fans can gather to watch live music?

Brian: The Covid stuff is awful and we had to cancel a ton of rad shows. I have a feeling that things won’t get back to normal this year, so we are working on being able to do some live streaming performances. 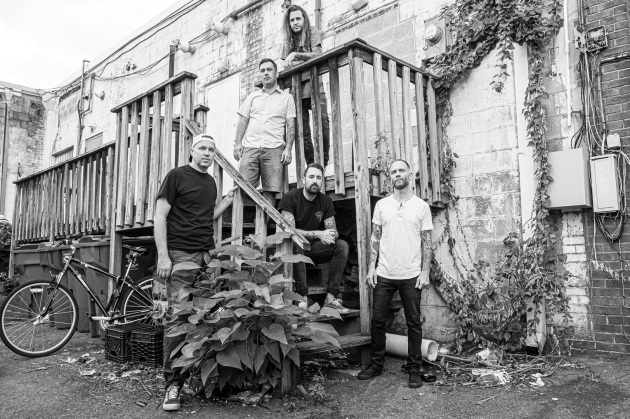