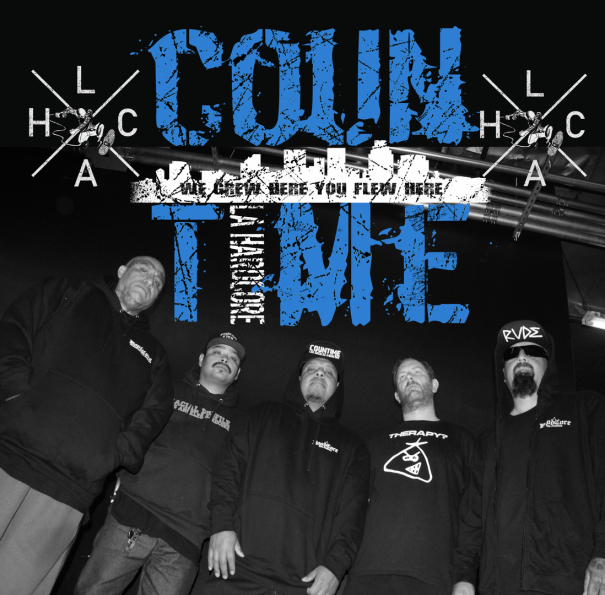 While many of you were growing bad beards, rationing your toilet paper and watching Netflix over the last year and change Los Angeles Hardcore veterans Countime didn’t waste much time at all as they were busy writing and recording for two new releases. Back in February they self-released the five song “The Pandemic EP” and on this Friday, May 28th, the 17 song follow up… titled “No Apologies, No Regrets” hits record store shelves as well. Demons Run Amok who is releasing the new album in Europe was kind enough to give us an exclusive stream to the new album which you can find within the following interview that was done with Countime singer Junior and guitarists Mikey and Liam. Rudy on bass and Chino on drums rounds out the Countime 2021 lineup. The new album will also be available in the USA through Upstate Records. 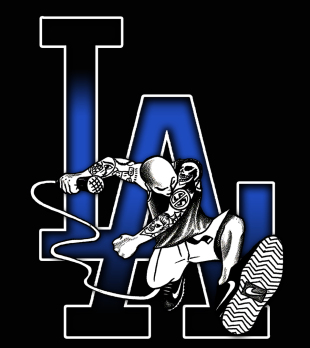 IE: What's up guys? Can you start off here by giving us a little background on Countime? You got started in the early 2000's and have been plugging away from your home-base of Los Angeles ever since. Please give our readers a little bit more of the backstory.

JR: We started in 2003 after I left my old band Difference Of Opinion. I played bass guitar in that band. I started playing bass in Countime as well at first but our vocalist at the time Javier Lopez (Los Creepers/Difference Of Opinion/Racial Profile/NEHC) had to leave for personal reasons so since I was writing the lyrics and doing backups I just stepped up on vocals and the rest is history. Over the years we went through people but the current lineup is pretty much the OG line up so that’s why it works in 2021. I wanted to create a band about the hood life… the good, the bad… the honest truth about Los Angeles life as I see it through my eyes. The message is simple... WE GREW HERE, YOU FLEW HERE and what that means is this is our hood and we love it. LAHC 4 LIFE! A lot of people claim LA Hardcore but were not even born here. How are you gonna claim a city you didn’t grow up in? Hoodcore is our version of LA Hardcore. We ain’t trying to pose being a tough guy in the barrio. You will get tested if you wanna be that person. I lost a lot of friends to a cage and to the streets. I was one of the lucky ones who gets to tell our story and if you play you pay. So I do this for them and for everyone in Los' from the Valley to SELA, ELA, NELA, Westside, South Central. We have released 4 EP's, 2 full lengths, been on numerous comps…  our whole discography is on our Bandcamp page. We have toured all over the US from coast to coast over the years, played over the border, Europe… we look forward to playing all over the world as long as my heart can keep up lol. We have no filter and will never back down so let it be known this is how we do it in Northeast Los Angeles… Cypress Park. We will continue to spread the gospel as long as we have a place to play. Buy that Hoodcore gear and check out our family in Racial Profile. 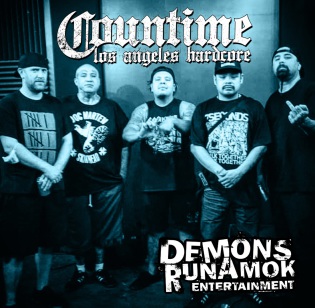 IE: I'm guessing Countime's 2020 was pretty much similar to most other bands’ 2020 with no shows or much else to report but spring 2021 brings a breath of new life. Tell us about "No Apologies No Regrets" that should be out around the time people are reading this.

Liam: 2020 started out great for us… we were busy in the studio and got asked to play the Persistence Tour in Europe before everything got shut down. We spent the rest of the year finishing the new album “No Apologies, No Regrets” and then recorded and self-released “The Pandemic EP”.

IE: You guys teamed up with Billy Graziadei from Biohazard on this new album and he did the production. How did you guys and Billy join forces?

Liam: Mutual friends connected us with Billy and he helped us out and mixed the track “Bygones” for a split 7” we did with Sworn Enemy on Pitchfork NY a couple of years ago. He did a great job so he was our first choice when it came to recording the new album.

IE: What can you say about working with him on this album?

JR: Long sessions but all around good times.

IE: “Urban Discipline” or “State of the World Address”?

Liam: “State of The World Address”!!!

CLICK BELOW TO STREAM COUNTIME'S "NO APOLOGIES, NO REGRETS" IN ITS ENTIRETY 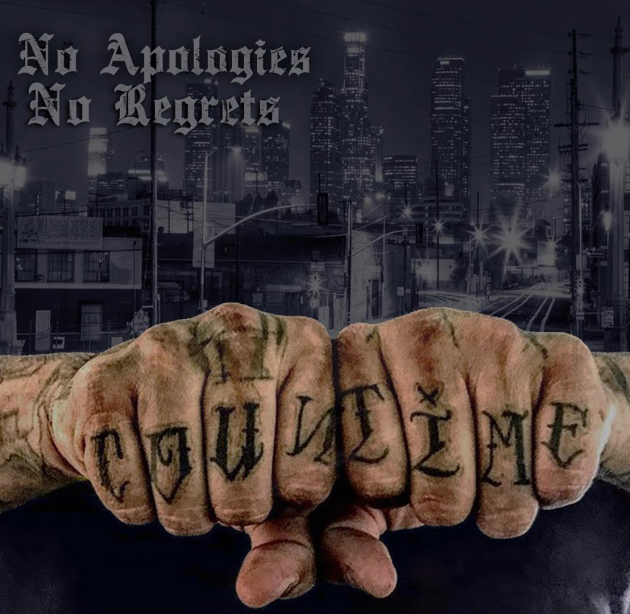 IE: What are some of the songs on the new album that for you stand out the most from either a musical or lyrical standpoint?

IE: You have some guest vocal spots on the new album too… can you run down who they are, what songs they appear on?

Liam: Paulie from Sheer Terror recorded the Chorus of “L.E.V.A.” on a shitty mic in my bedroom while he was out here in L.A. lol. That was a fun night. Chris Powerhouse tracked the last verse of that song in the studio with us. Ex pro-wrestler Vampiro wanted to work with us and hosted us on his TV show so we invited him to record on the track “Bygones”.

IE: The new album is coming out on Demons Run Amok out of Germany. How did this connection between Los Angeles and Germany come about?

Liam: The Persistence Tour exposed us to a whole new audience and we’re very grateful to be working with Demons on this album and hope to get back to Europe as soon as shows start up again. 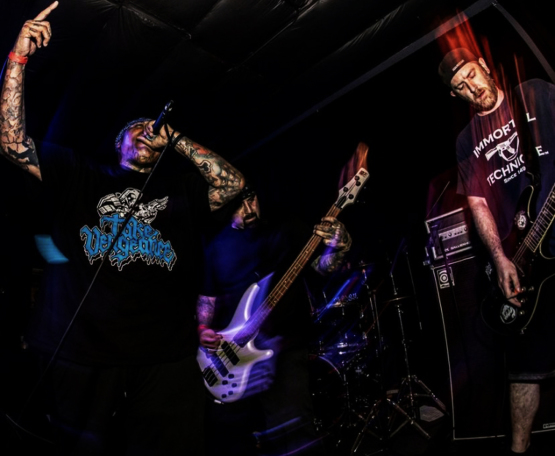 IE: Back in February Countime also put out a 5 track EP called “The Pandemic EP”. I can't remember a time where a band put out 2 releases out within such a short time frame, especially with one of them being a full length. What was the thought process behind putting them out when you did?

Liam: We were pissed off that we were sitting on an album and couldn’t play shows. That EP was recorded out of boredom and frustration. We jammed those tunes a couple of times at practice then recorded everything in one day.

IE: There is a video out for the track “All For One” off that new EP. Can you tell us about the making of that video? Who went up on that bridge in the video?

Liam: Rudy (bass) is the one on the bridge. If you give him a tall boy he’ll climb anything.

Jr: Rudy is also the skater in that video.

CLICK BELOW TO WATCH COUNTIME'S "ALL FOR ONE" MUSIC VIDEO 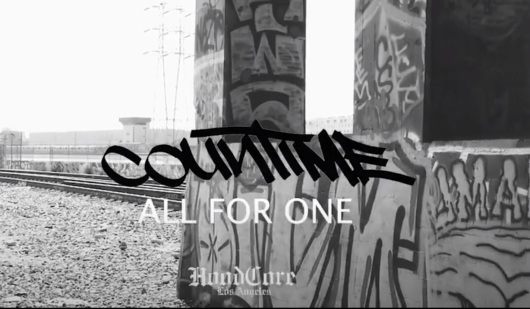 IE: There is also a video out for one of the songs off the new full length titled “Juzgarme”. Where was this filmed and what’s the meaning behind the title and lyrics?

JR: We shot the video in Los Angeles during the pandemic/BLM riots at Jameson's Pub in Hollywood. The meaning behind it is simple… we are coming out of this pre-apocalypse as everyone saw it and there were people fighting for water, toilet paper and what not and basically what I'm saying in Spanish and in English is if there's 1 gallon of water and a can of peas and my family needs it and it's just me and you… you better believe it's gonna be me and I'm gonna get it one way or another so you can judge me however you want because my family comes first. That is why the song is called “Juzgarme” which means judge me in Spanish.      Click HERE to watch the "Juzgarme" music video. 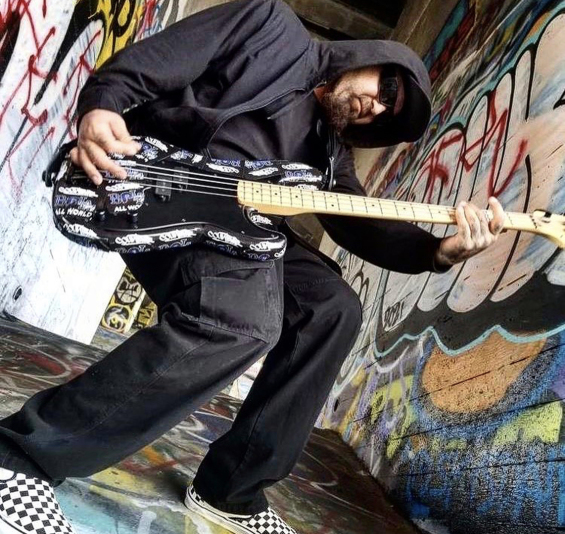 IE: While setting up for this interview I did some digging into your older music, especially the stuff from the early 2000's and there is a noticeable change from your earlier days to Countime 2021. You guys seemed to incorporate a lot more metal influences into your sound back then. Can you talk a little about the evolution of the Countime sound?

Mikey: When we started in 2003 my brother Erik (drummer) and cousin Israel (guitarist) were in Countime. Some of our biggest influences were and still are bands such as Full Blown Chaos, Hatebreed, and Sworn Enemy. The change came naturally. I often practice different techniques of picking and that makes a huge difference along with tunings just to spice it up a bit. Over the years there's been some change of band members and that also comes with music changes. At the end of the day everyone's stepped up their game more and more and I really like how it's going. 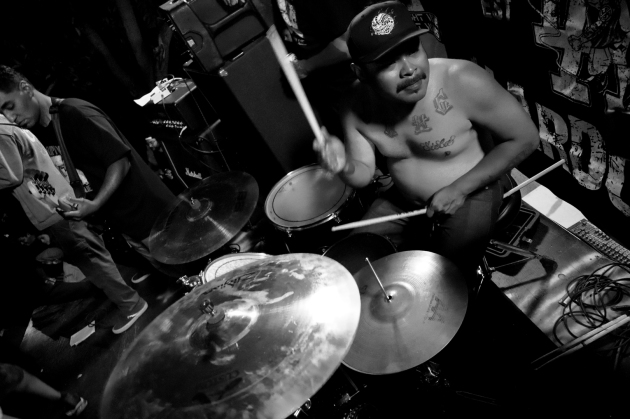 IE: A few of the members of Countime are also in a new band called Racial Profile. Who from Countime is in Racial Profile and please tell us a little bit more about this new band?

Liam: Everyone except the white guy.

Jr: Racial Profile is me on vocals, Rudy on guitar, Mikey on guitar, Chino on drums… Johnny (Countime’s ex-bass player) on bass, Javee (Los Creepers) vocals, Jimmy Canas (vocals), Ryan ( Suicycos) vocals. It's more 80’s hardcore with us basically writing about world issues. Where in Countime there is no filter, in Racial Profile were trying to be better people and sing about more positive experiences… more positive than anything but we all have been racially profiled In one way or another. (Editors note: Racial Profile debut recording due out in late 2021/early '22 on Upstate Records) . 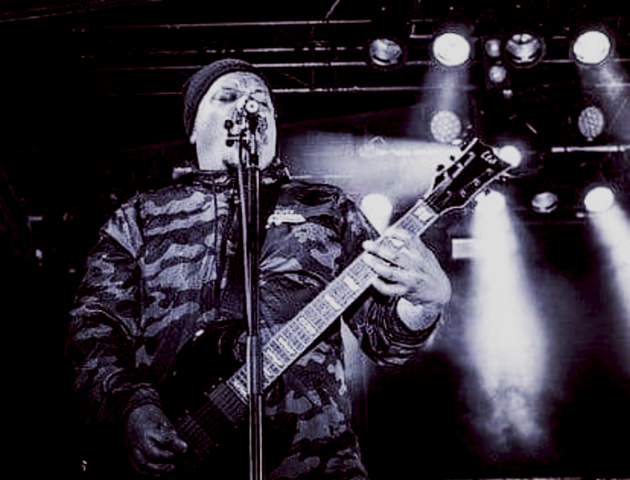 “NO APOLOGIES, NO REGRETS” PRE-RELEASE STREAM

BUY "NO APOLOGIES, NO REGRETS" (EUROPE)