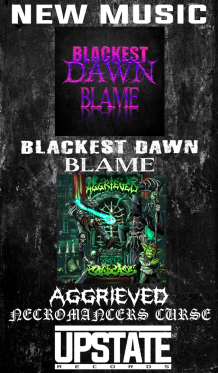 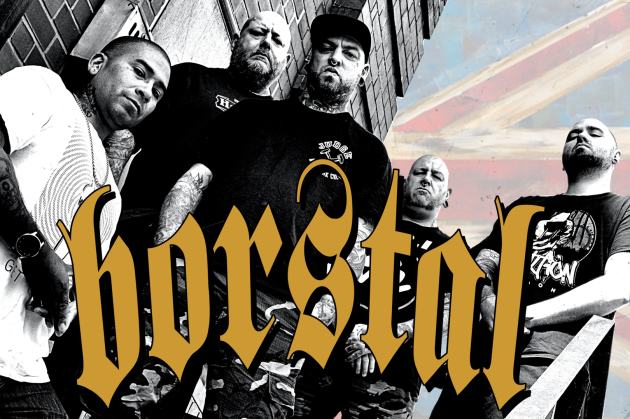 Borstal are a new UK hardcore band who feature band members Pierre Mendivil (Knuckledust), Nick Barker (Brujeria, ex-Cradle Of Filth/Dimmu Borgir/Testament) and members of Dripback and King Of Pigs. Borstal released their debut EP titled “At Her Majesty’s Pleasure” via 4 Family Records on April 1st. The EP was recorded, mixed and mastered at Monolith Studios by Charlie “Squid Commander” Wilson in September of 2020. The EP also features a cover version of The Last Resort’s “King Of The Jungle”, featuring a guest appearance by non-other than Brit Oi legend, Mr. Arthur Kitchener who just so happens to be the father of Lee Kitchener (Borstal guitarist). This interview was initially slated to be conducted and released in the spring but life sometimes gets in the way of things you want to do. Since the EP’s release Borstal played their first show at the UK's Bloodstock Festival in August as part of a three day event that featured names like Kreator and Judas Priest. We were happy to finally get some free time with guitarist Lee Kitchener who replied to these questions in late September. Jamie Hunter on guitar and Wez Hanslip on bass round out the Borstal lineup.

IE: Hey Lee, where are you situated right now and what would you usually be doing at this time if you weren't answering these questions?

Lee: Right now I'm chilling at home after another beautiful day of screen printing t-shirts! (Check out Toxico.UK for more info- ed) Monday to Friday this is me... I spend most weekday evenings cooking and chilling with my wife, or writing/demoing tunes, working on designs, or working on whatever other stupid project I've agreed to do.

IE: Borstal looks to be another pandemic/quarantine born band. Everyone involved in Borstal came from other bands and as far as I could tell all of them are still active. Why did you all feel the need to do something completely new versus just make new music for your existing bands?

Lee: Nick approached myself and Wez about doing a hardcore project. It was something he hadn't really dipped his toes in much, obviously being known for black metal/grind etc… but it's something we all have a passion for. The rest of us have always been in some sort of hardcore or crossover band and involved in local hardcore scenes. We were actually talking about doing this band before the Covid stuff started to happen. The lockdowns were a perfect excuse to spend some proper time to get it started. As for our other projects, some are still being worked on and others are naturally slowing down. I think we all needed this at the same time... a new project to work towards and to let off steam from everyday bullshit!

CLICK BELOW TO STREAM/BUY "AT HER MAJESTY'S PLEASURE" ON BANDCAMP 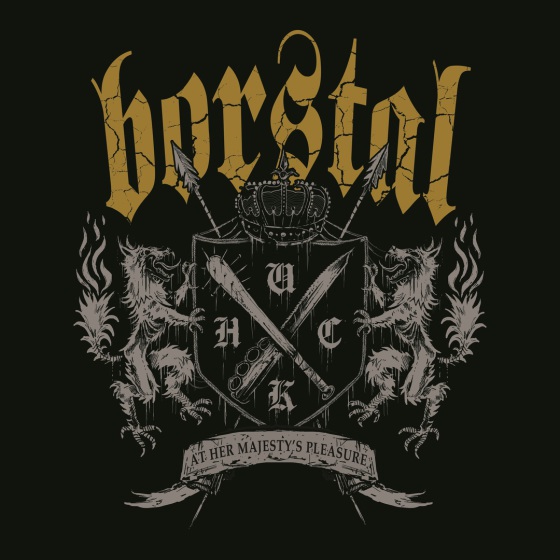 IE: When people hit the play button on your music what can they expect? What styles or bands would you say influenced what you collectively put together here?

Lee: The vibe we were after was a blend of UK street punk/Oi mixed with some classic old school NY Hardcore. We feel it comes across well in our sound. There's obviously some thrash/metal vibes too which is fitting with previous bands we've all been part of. Me and Wez have been writing together for roughly 15 years and this is definitely an extension of how we've always worked together too,

IE: What exactly is a Borstal and how did this name come to be?

Lee: Borstal was a type of youth detention centre run by HM (Her Majesty’s) Prison Service in the UK. It was abolished in the early 80’s. If you want to get a vibe of what it was like check out a film called Scum featuring a very young Ray Winstone! It's gritty, vicious, British, and REAL!  The name was perfect for what we wanted this band to be about.

IE: “At Her Majesty's Pleasure” is your debut that came out in April. Can you talk about the choice to use that title as well as the cover art?

Lee: “At Her Majesty's Pleasure” is the phrase used to describe an indefinite prison detention term by a judge. The artwork was designed by our friend Gary Ronaldson at Bite Radius Designs and it's a take on a crest similar to that of the HM Prison badge. We wanted to keep everything fitting with the name Borstal. We even labelled the A/B sides of the records "A-Wing and B-Wing", haha! 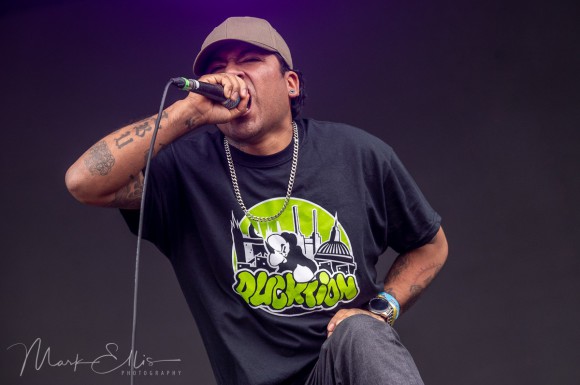 IE: The last song on the new EP is “King Of The Jungle”, a Last Resort cover. Can you talk a little about the family connection here with Borstal deciding to cover this track?

Lee: Yeah, my dad wrote the song just over 40 years ago. It started life on a Millwall (football club) programme where he began penning the lyrics. Millwall are known as The Lions, so you can guess where the title and song inspiration came from. It was originally written for his ska band Arthur Kay & The Originals but was first recorded by The Last Resort on their first album “Skinhead Anthems Vol 1”.  My dad was part of the band until they broke up. He then put together another band called The Warriors; which features the original Last Resort vocalist Saxby. The name comes from the film The Warriors, which I remember him playing for me as a kid. We fucking loved that movie and we have both always had a fascination and love for New York's history and street culture. Actually one of my first bands opened for The Warriors when I was about 14 years old. That night my dad put me on the phone to Lars Frederiksen from Rancid before we played and he was wishing me good luck for the show and shit and now he's the guitarist for The Last Resort! Anyway, years passed and he left punk/Oi behind. He did not want to rejoin Last Resort when they finally regrouped, but he's still in contact with Roi and they both still have season tickets for Millwall.

IE: Your dad actually appears as a guest on the cover song which has a more rugged crossover and modern feel to it. Have you pressed him at all to see how he feels about Borstal’s version which comes almost 40 years after the original was released?

Lee: Yeah he loves it, haha! The lyrics are actually how they were originally written on our version too which I know he's happy about. The chorus was changed to "the warrior's strong... etc." on the Last Resort album something to do with the label or management… whatever, he's chuffed with how it turned out. I didn't want to lose the attitude of the original of course, but I did want to make it a little "heavier". We got my dad to do the "No Mess..." spoken intro for it too. 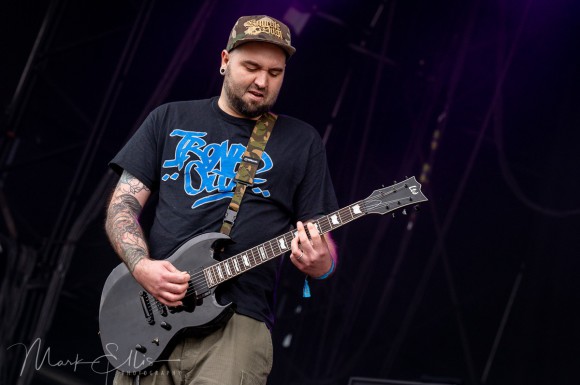 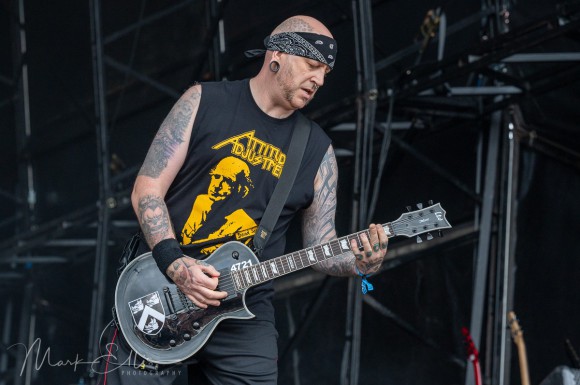 IE: What kind of music do you remember being played at home while you were growing up?

Lee: So much... between my mum, dad and oldest brother I was surrounded by good music. Being born in '87 I was lucky there was already so much music around when I was a kid that would stick with me and shape me. Literally everything from Oi/punk to death metal to hip hop to ska/reggae. I always had good music in my life. I'm grateful for that.

IE: What is your dad up to these days?

Lee: My dad is as active as he's ever been. He just turned 73 and he's not far off from being the oldest person in the UK to become a black belt in Kyokushin Karate. He became a black belt in Taekwondo years ago and is now going for this. He still writes and plays music and is on and off with his ska projects and solo folk acoustic stuff. He still goes to every Millwall home game. He actually went back to work last year in a double-glazing factory... so yeah, he's still busy!

IE: Can you talk about the making of the “Vicious Cycles” music video? Although basically a live performance video it just has this unique feel and we hear there was a drone used in its making as well, tell us more!

Lee: We actually filmed it during one of the Covid lockdowns. One of our friends runs a little venue called The Unicorn. They put on a lot of free entry shows for metal and hardcore bands. The Rucktion Records monthly Saturday shows were being held there for a while before Covid hit. We invited a bunch of mates down and were in and out within a couple of hours. Phil who filmed/edited it is an old friend of Wez and Jamie from years back and we got our friend Coz to come down with his drone to shoot a couple of bits to give a little extra to the shots. We wanted the edits to look kinda like Guy Ritchie movie cuts. We're pretty happy with how it turned out considering our low budget and short amount of time to get it done. 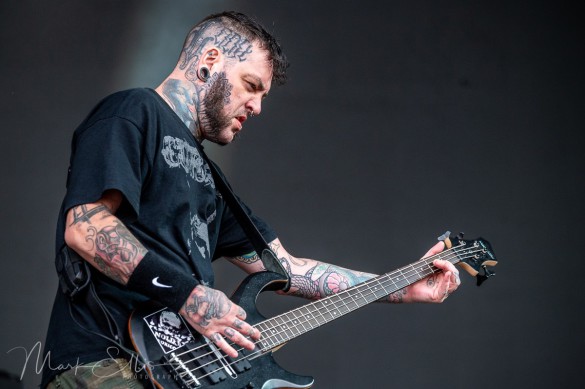 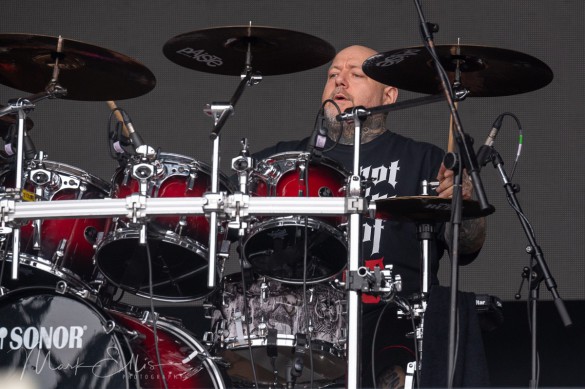 IE: Some time has passed since we initially set up this interview and the first Borstal live show which was initially far off is now long passed. Can you tell us about that show and also what the current plans are for Borstal to close out 2021?

Lee: Yeah, we got there in the end huh? Haha! Yeah, so we got booked to play the main stage at Bloodstock Festival (Derbyshire, UK... August 14th) for our debut show! What an opportunity! We were planning to do a smaller show first to get those first show jitters out of the way and iron out the creases, but it wasn't gonna work. Shows had not long started up again before Bloodstock so it was not possible. We actually only had 2 weekends of practicing as a full band before the show too which was the only time we really spent as a full band jamming. Wez lives in Sweden and the rest of us are spread out between North and South England so working around everyone's work and home life isn't easy but we made it! The show itself was a lot of fun and we got a lot of positive feedback. We're all itching to get back at it. As for the rest of the year... we recorded 2 new songs a couple of months back with Russ Russell (Napalm Death/The Exploited) which will be out on 7" hopefully early next year. We also have our first 2 club shows coming up in November... Friday the 5th at the Black Heart in London and Saturday the 6th at Boom in Leeds! We plan on making a video with footage from the shows for one of the songs on the upcoming 7" too! For next year there should hopefully be a couple of nice announcements to make and a full length album to work on too! We're all pumped for what's to come and I'm excited to see where else it takes us!

CLICK BELOW TO WATCH THE "VICIOUS CIRCLES" MUSIC VIDEO BY BORSTAL 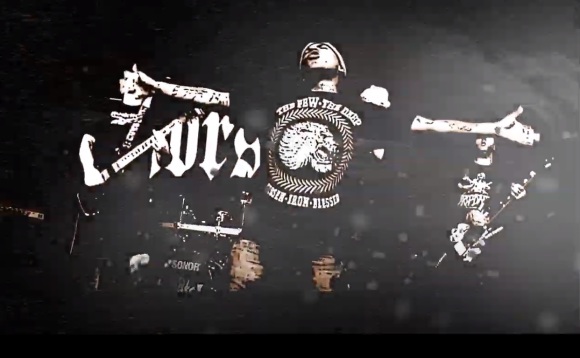 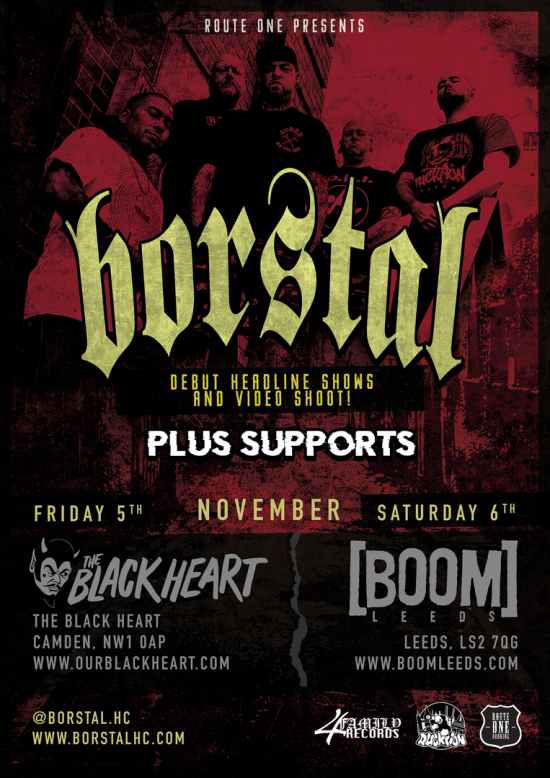