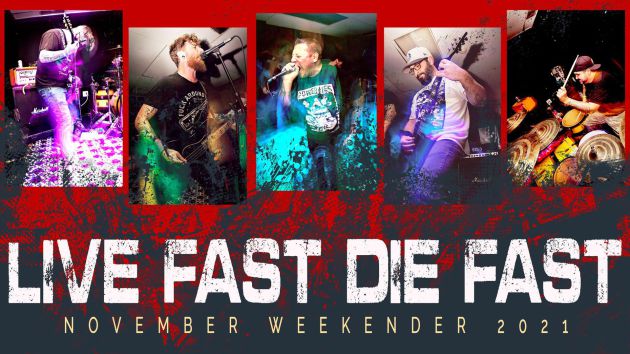 Long Island, NY’s LIVE FAST DIE FAST recently did a three night weekender with stops in Oakdale, NY, Burlington, VT and then back through Queens on the way home. Lead singer Paul Turano kept tabs on all the doings and this is what he had to say. Live photos by: Richard Pictures NYC. Graphics by: Paul Turano.

When you have a new EP out there is only one way to celebrate it and get it out there… playing a weekend run with Two Man Advantage. When they ask you to see if another band can come along, you just say yes, pack out a mini-van better than any soccer mom could ever do it and hit the road for three days filled with plenty of ball busting, booze and music that blew our minds at every show. Live Fast Die Fast is: Paul Turano- vocals, Rich Allegretta- guitar, Jesse Noble- guitar, Branden Gallagher- bass, Marc DiVito- drums. 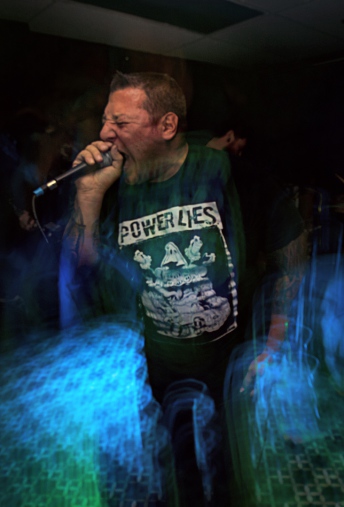 Finally got to meet Fight The Future after months of talking through messenger.  Venue starts to fill up quickly and that is because Ineptitude is starting the show. If you have been to any shows in the past 8 years (at least), you have noticed that Myk’s (Two Man Advantage) son has been a mainstay on the dance floor and always supporting our scene. Well, tonight was his turn with his band. I can speak for many of us when I say this was a proud moment seeing him up there doing his thing. Lots of new faces and seeing so many great friends. The vibe in the venue was great the whole night… except for the fight during our set where someone’s hair got ripped out. No, not a strand or 2 but like enough to make a small toupee. Some dipshit decided it would be a cool thing to call the cops because of a fight at a hardcore show. This isn’t the place for everyone, but don’t go running to the po po because you got scared. What was more shocking was that the boys in blue actually showed up. After that, Fight The Future took the stage and proceeded to blow minds. And then, the only way to close out the first night… with Two Man Advantage. The beer was flying. We were sweaty. And we all sang along. Tonight could not have been better. 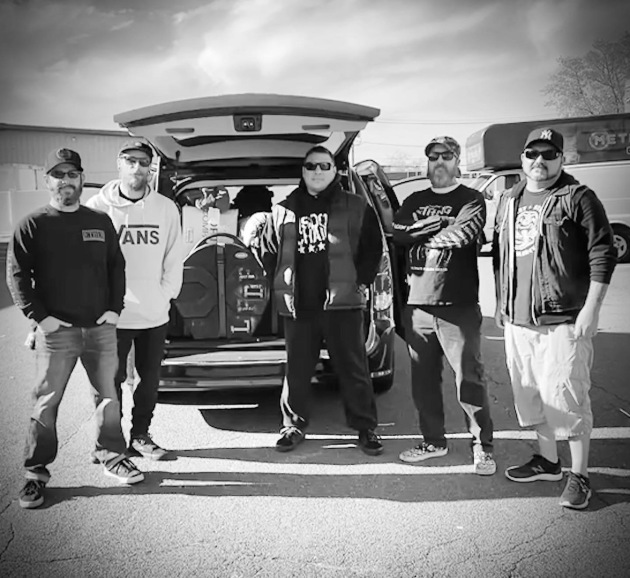 Let’s see how the car rental place is gonna fuck us today. We lost our van in our first divorce so we are now relegated to massive gear shares and car rentals. Things worked out ok and we scored a candy apple red Dodge Caravan, equipped with secret compartments to call home for the next two days. Get to the practice space and Marc's Tetris skills always come in handy on weekends like this. It was a little nerve-wracking for all of us on the way up, hearing about tornadoes back home. Luckily, everyone was fine. Branden wakes up out of his coma and realizes we are in the same town where he went to high school. He was a young promising hockey goalie before he let music ruin his life. Get to where we are staying the night and we need to eat something. Rich has beef with Chili’s stemming from his childhood days when his uncle got wasted on unlimited margaritas and got burned by the sizzling fajitas. So instead of eating at a Chili’s 100 feet away, we get back in the van and drive in the pouring rain to a local brewery. After we eat, we start heading north towards Burlington and sure as shit, it starts to snow. So now we’re driving in the dark, on a winding county road and it feels like we are in the Millennium Falcon.

Get to the venue about an hour late but in Burlington, everyone is super nice, so it’s ok. It is a great town with great people that have great beliefs. Seeing a church with a Black Lives Matter flag outside of it was great to see. The venue is also a dance studio that started doing hardcore shows in order to survive the pandemic. Lois, the owner, was so super nice and I can speak for all of the bands that we are grateful for her and her support of local music. Show was great. A true mixed bill. Our set was wild. No one knew who we were before the set and when it was over, we had made a bunch of new friends. Great reaction. Room sounded great. It is always a trip to watch when someone who has never seen Two Man Advantage before see Spag take off his shirt. I made sure to capture that moment the next night in Queens. Loading out, Rich got attacked by his guitar head and ate shit in the parking lot. It’s fucked up but I have this thing where I can’t control my laughter when someone falls. It didn’t make him feel any better but we laughed our asses off. Didn’t eat dinner so a 2am McDonald’s stop happens. We all recognize the danger that this presents but 2 cheeseburgers for everyone (except Rich, he died in the back of the van). After ingesting that poison, we crash in the van and get back to where we are staying at 3:30 am… to wake up at 8am in order to get to Queens for the last leg of the weekend. 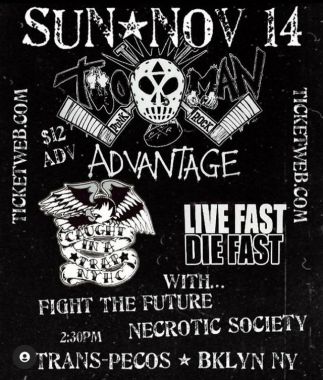 Day game after a night game has us hurting in the morning. Almost lost Jesse to a concussion when the air mattress teamed up with the heater in the room. After some coffee, we hit the road back home. A few things about Vermont… there is no cell phone service and there are no radio stations. Except for one. This badass polka station that we were jamming to until we got near Poughkeepsie. Get into NYC and realize that every road that we are on is being worked on. Get to the venue and notice that there is a movie shoot on the street scheduled for the next day. Great venue. Cool outside spot to chill, if it wasn’t fucking cold. November in NY, so lovely. Show starts, venue starts to get busy. Good to see some of our Queens friends and after pushing through our set, we make a bunch of new friends who gave us some really flattering compliments. Two Man Advantage and Fight The Future are true professionals. They brought their A game every night. The end of the Two Man set brought out a mix of emotions. It was only a three day run, but I didn’t want it to end. However, I was also at the point where I missed my family. Coach from Two Man invited us for a post-show dinner at his burrito restaurant but hey… it’s SUNDAY! Italians only eat pasta for dinner on Sunday. We get the obligatory band shot to make sure we never forget this weekend (we def never will) and we get home in a record 40 minutes. 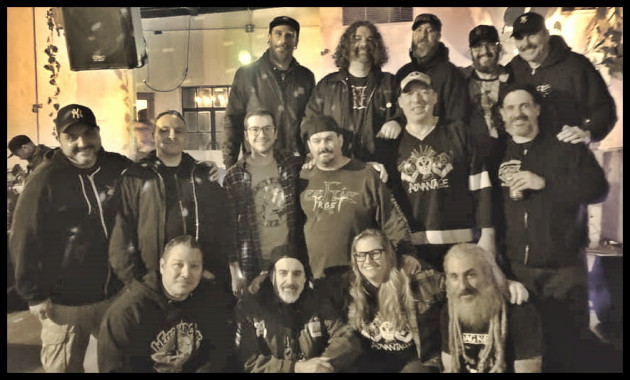 This weekend was legendary. We have done these a bunch of times, but this one just felt different than the others. Such a great dynamic between all three bands. Great conversations. Listening to people’s stories and of course three nights of some of the best music I have heard in a while. We already have ideas spinning to head west to play with Fight the Future and before you know it, it will be time to have a drink with the Two Man again real soon! 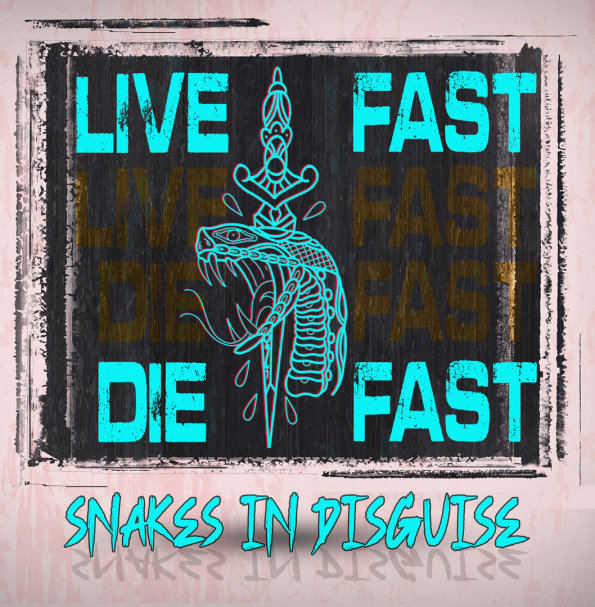 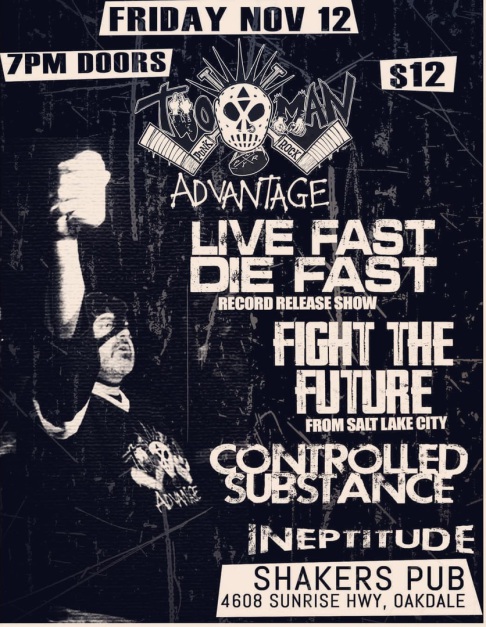 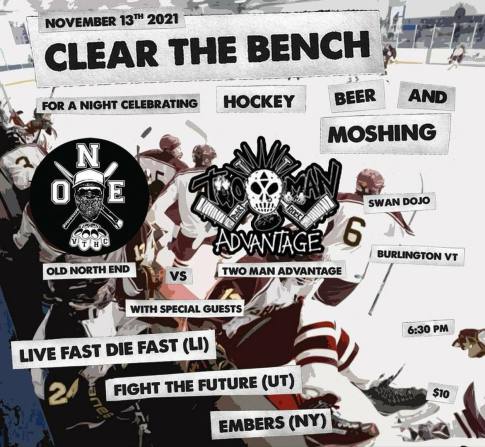