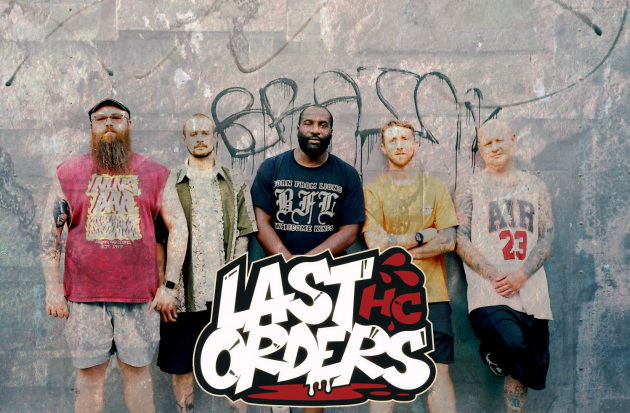 Last Orders HC play no-nonsense hardcore direct from London and with their brilliant latest offering “Chicken  Nuggets, Chips ‘N’ Beans”, do so with a unique UK vibe. Gavin Brown caught up with vocalist Louis Gino to get the latest on Last Orders HC and their music and other topics including the bands brilliant  merch, fried chicken shops and the influence of NYHC on the band. Interview conducted in November 2022.

Photo by: Tom from Bookhouse Studios. Graphics by: Paul Turano 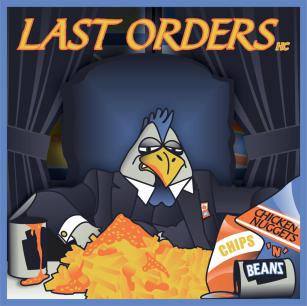 IE: You’ve just released a new three track EP with “Chicken Nuggets, Chips ‘N’ Beans” as the lead. Can you tell us a bit about that track and its video?

Louis: It's about two of the greatest things known to people familiar with UK culture... the best school dinner meal and “Only Fools and Horses” the TV show. Everyone loves nuggets. I don't care who you are you love nuggets... even the vegan kind. The video is loosely based on the OF&H episode "The Longest Night". If you haven't seen it make sure you do. There are subtle references in our video that pay homage to that episode.  Check out the video HERE.

IE: How was it recording the material on the hottest day of the year earlier in the summer?

Louis: The short answer… hot! The long answer is it wasn't actually too bad but getting to the spot was hard as trains were getting cancelled left, right and centre due to the heat. But travel issues aside once we were inside Bookhouse Studios it actually was pretty bearable.

IE: Have Last Orders got plans for more new music in the near future?

Louis: Oh, most definitely. We've all got pretty busy lives with other commitments but we 100% want to put out more music in the future for sure.

IE: The song “12 Bar Years” also features on the release. What are your favourite memories of the venue?

Louis: Haha, if I can remember. A lot of drunk and stoned nights were had there. But my fondest memories are Knuckledust’s 15th Anniversary show because shortly after that I joined my first band Proven. Stout was insane when they played. The room was jam packed with people. You couldn't mosh it was that busy. Seeing Strength For A Reason and so many great UK and international bands. Such a magical time. RIP Pat. 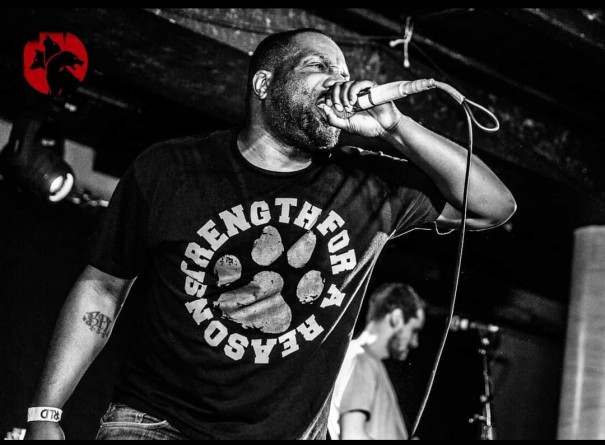 IE: What other venues, both past and present  hold fond memories for you?

Louis: The Unicorn (RIP) in Camden became our unofficial home of Rucktion Hardcore… and the Underworld of course.

IE: Do you think that the upcoming energy surges will have a massive effect on gig venues?

Louis: It will definitely have an impact. No-one is immune from the cost of living crisis unless of course you're super rich. Hopefully venues can get some sort of relief and brave the storm. 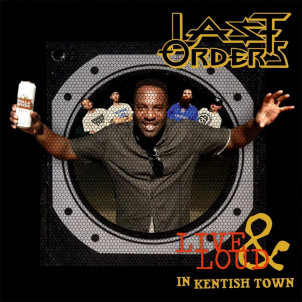 Click above to listen to "Live & Loud In Kentish Town"

IE: How was the show where you recorded for the “Live & Loud in Kentish Town”?

Louis: Haha, it wasn't actually a show. We recorded it at K Town Studios in Kentish Town with help from Pelbu Knuckledust and Steve BDF. That's when Covid restrictions where somewhat relaxed a little.

IE: The artwork for that release is an homage to Ozzy Osbourne’s “Live & Loud”. Are the band metalheads too?

Louis: Yes definitely. Ry (guitar) is the Nu-Metalhead, Joe (guitar) is into his death metal. He's actually in a death metal band called Ancient Rivalry so definitely check them out. Jake (drums) is into hair metal and classic rock. Skel (bass) draws metal, loves Chas and Dave... not Chase and Status to be clear. As for me I am black metal… literally. 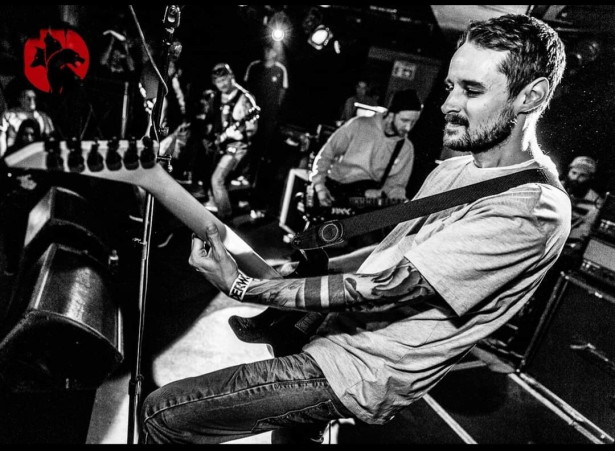 Photo by: Call Me Killer

IE: What have been the best live hardcore shows that you’ve ever seen and what made them so memorable?

Louis: One that sticks in the mind was Tim From Cold Hard Truth had a "day release" show at the Unicorn in Camden. It was packed and extremely violent. I think ambulances were on speed dial that night. And lastly Ninja Fest 2013 was incredible. Such a great weekend with friends from all over.

IE: Last Orders merch is ridiculously good and very British. Do you get orders from around the world? Someone rocking an Iceland or Greggs inspired tee outside of the UK is amazing!

Louis: Ha, yeah we've had a couple of orders to the states and one of our friends in Ireland regularly buys stuff. People like good rip tees and we just wanna have fun innit. The Black Flag x Sausage roll design is definitely a favourite. Maybe we'll reprint them again at some point who knows.

IE: What is the best piece of hardcore merch that you own?

Louis: A battered Skarhead basketball jersey that my good friend Bosco gifted to me. I have a Stout tee from their ‘06 tour with a side print of a shogun warrior. I have many but those two are my standout tees. 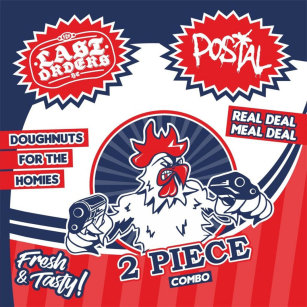 IE: Where’s the best chicken shops in London and beyond and what do you order? Is it a 2 piece like your song?

Louis: Good question. So to start off anything with a food hygiene rating below a three should be avoided at all costs. My favourite used to be a spot in Forest Gate called Favourite Fried chicken coincidentally. Unfortunately, it’s been knocked down to build apartment blocks. Technically not a chicken shop but there is a fish and chip shop in between Mill Hill Broadway and Mill Hill East called Fry Days that does fire chicken. Worth the visit alone, trust me.

IE: What makes a good chicken shop in your opinion?

Louis: Cleanliness. If the shop looks like a bomb site then food standards will be terrible. Also a spot that sells BBQ wings. The more congealed the better in my opinion.

IE: Your previous split EP with Postal features the track “Loony Spoons”. Is that a tribute to Wetherspoons and what made you write the song?

Louis: It's a tribute to all those who frequent that establishment yes. The down and outs, the nutters, the lonely. If you've ever been to one you know what we mean. Personally, I don't drink in spoons anymore because the owner is a twat. He doesn't get my money anymore.

IE: You also covered Warzone on that split. What made you choose that particular track to cover?

Louis: I mean it's Warzone. One of the greatest hardcores of all time. It's a great anti-racism song and it's straight to the point. The message is there loud and clear. RIP Todd Youth, Vinnie and of course Raybeez. 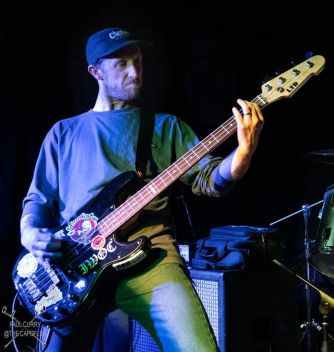 IE: Was/is NYHC a big influence on you and Last Orders?

Louis: Definitely. It can be argued that NYHC had a massive impact on the worldwide hardcore scene. So many great bands and styles came out of that city and surrounding area. 90’s NYHC is my bread and butter. I mean the 80’s and 00’s had some fantastic stuff too but what I primarily got into was mostly the 90’s stuff. District 9, Madball, No Redeeming Social Value to name a few. Had a big impact on me for sure.

IE: Do you still see similarities between the New York and London hardcore scenes?

Louis: 100%. I mean both cities today are very sanitized and not as grimey as they used to be. In a way that's good but you lose that edge as well. But as a melting pot of different cultures, food and working class areas there is not that much different between the two cities.

IE: What is the best hardcore split ever released?

IE: Last Orders feature members of other UKHC bands like Cold Hard Truth, Crippler, Dropset and Ironed Out to name a few. Is there a big family vibe amongst all the bands?

Louis: There definitely is a good vibe between all of us. It helps that we've all known each of other for over 10 years so you will have strong bonds for sure. I want to add the South London band Idle Hands plays a huge part of that too.

IE: What does representing the whole LBU/Rucktion crew mean to you today?

Louis: Respect, being a good person and looking out for anyone who doesn't feel safe at shows. Some of us are kicking on a bit so we do have a duty to make new people who enter this world feel like they can come and be themselves. Of course if you step out of line that could potentially be a problem but most if not all who come through act accordingly. With that said the label and LBU have been a big part of my life for 15 years plus. I hope we can continue putting out the best music possible and inspiring the new generation to express themselves freely, whilst having fun in the process. Times are getting tough and now more than ever creative outlets should be at the front of making things just slightly bearable. Make sure to check out the following record labels: Rucktion, Ill Omen, Mentally Vexed, Quality Control, Nuclear Family, Then & Now. Big up our other bands Ironed Out, Idle Hands, Dropset, Ancient Rivalry, King Street. 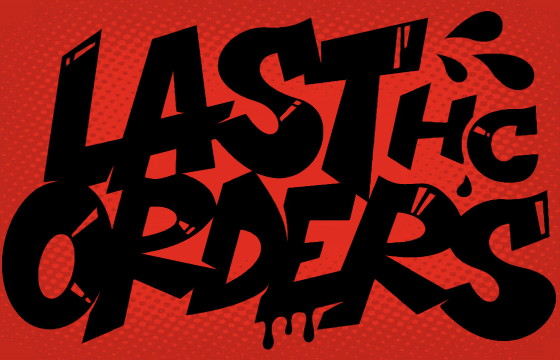