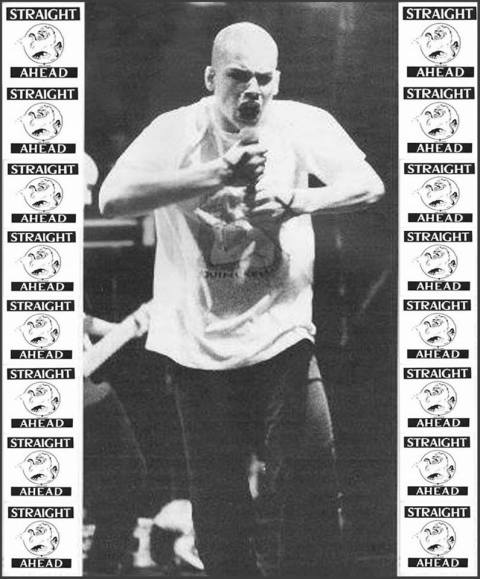 Straight Ahead—at seventeen or eighteen years old these guys were making music that is still held up as legendary. I like belonging to the minority that believes NYC Mayhem was actually superior to Straight Ahead. Both bands were incredibly fast, but Mayhem had more of a unique character, carving out their own territory of goofy speedcore. I’ve never heard another band that sounds like they did. I’ve tried covering some of their songs in bands I’ve been in and it’s impossible. Like Iron Maiden or Bad Brains, their sound is so specific to them that the true vibe of it can’t be reproduced. Straight Ahead, on the other hand, was more formulaic, at least in terms of lyrics. They are known as a straight edge band, a positive band, though Tommy Carroll insists, in this Crucial Chaos interview, that they are “a unity band.” In that respect, they followed, as all bands from that time did, the example Agnostic Front set with “Victim In Pain”. I would have loved to see Straight Ahead  continue  to develop this “rock style” or “rock and rolly” style they mention in this interview, slowing down and adding more melody but keeping the hard edge. They were incredible for a band of their age. Who knows what they could have done? Run time: 13:44