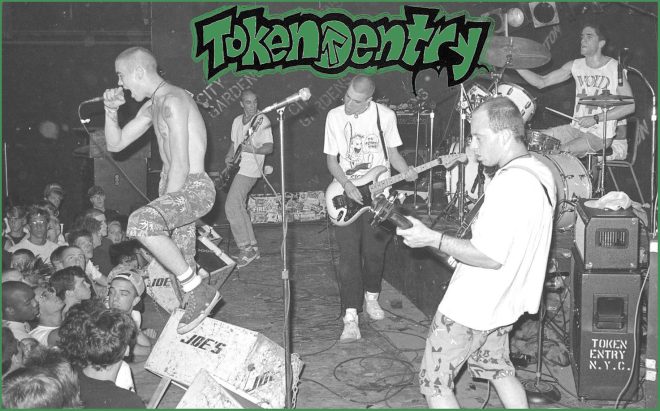 As a teen, I remember sending out letters to bands to see if they had merchandise for sale, t-shirts, old flyers, stickers, or whatever, because that was the way hardcore music commerce got done back in the late 1980’s. It was either write them a letter ( hidden in an envelope) or catch them at a show and hope they had your size left. Sometimes you would get no response (rare) and sometimes you got a response back, as was the case with Sheer Terror, where the letter mailed to my house had a return address of GAY MEN’S BATH HOUSE, STATEN ISLAND, NY.

My experience with Token Entry (who were located maybe only 20 minutes from my house by car…but I didn’t drive yet) was that I sent money for a shirt and there was a long delay with no response. Apparently they ran out and didn’t have my size and, as is the case with many hardcore bands, everything moves at a snail’s pace. This started a back and forth with guitarist Mick, who would write to give me updates on when the shirts were coming in, etc. I finally met Mick at CBGB’s where the bands would sell merch by the old pool table. He turned out to be really cool and I walked away with an XL that after 4 runs through the dryer still came down to my knees. These days it would probably be a snug undershirt on me. I also scored a free Token Entry painter’s cap as Mick apologized for the long wait and thanked me for my patience. I was still new to the hardcore scene at this time and to see how the people in the bands were just regular dudes was huge for me in finding and loving what was going on in the NYHC scene. I remember TE playing a killer set that day as they always did.

This interview happened around the time where Tim Chunks replaced Anthony Communale (yeah...the same guy from Raw Deal/Killing Time) as the lead singer. The band had put out a 7" by themselves and are mentioning that they had some ground work laid out with Positive Force  (Kevin from 7 Seconds label) for what would eventually become their debut full length, "From Beneath The Streets.” 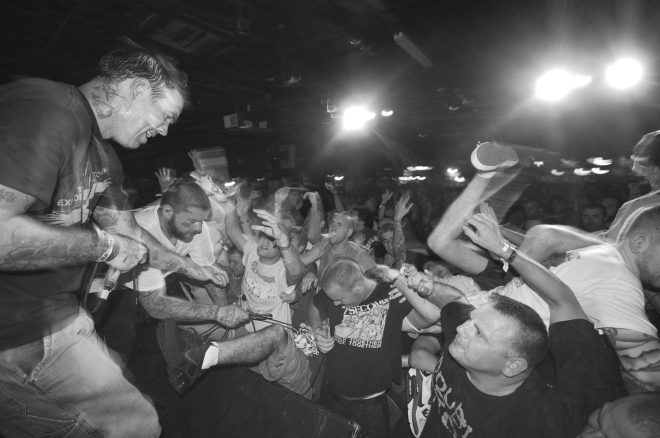 Photo by: Ken Salerno taken @ This Is Hardcore Fest 2011