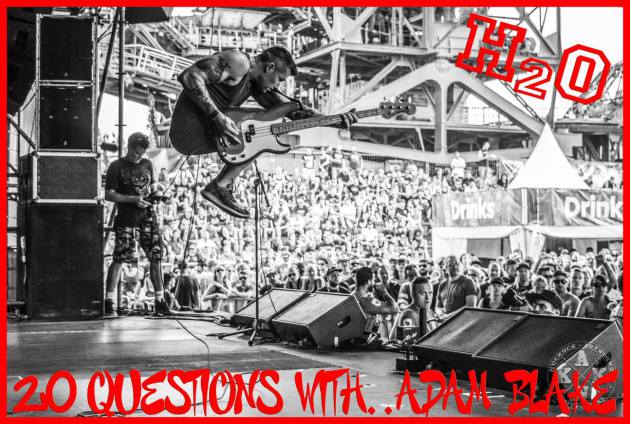 H20 GO! Bassist Adam Blake from H2O has an interesting story as he was once a self proclaimed Dungeons and Dragons nerd with good grades before he found heavy metal and then that familiar transition to hardcore punk music. From Hare Krishna temples in London to moving to NYC to play in Shelter and then the move to H20 where he has been now for what seems like forever. Check out what he had to say in this interview that was done 30,000 feet above the Pacific Ocean in early October. 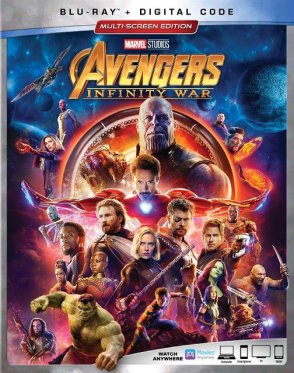 1. Hey Adam. Where exactly are you right now and what would you usually be doing if you weren't answering these questions?

Adam: I'm currently 30,000 feet over the Pacific Ocean on a flight from Hong Kong to San Francisco. If I wasn't answering these questions I'd either be napping, playing Sudoku or watching Infinity War for the 4th time.

2. Can you give us a little background as to your upbringing and how you found out about hardcore music while growing up? What were some of the first hardcore punk bands you recall discovering?

Adam: For the first part of my life I was what could be considered a nerd. I was in my schools Dungeons and Dragons club and I was toeing the academic line and getting good grades across the board. Through our shared love of D & D, I started hanging out with the long haired kids in school. I knew they were into heavy metal but I hadn't really heard any of it for myself. Determined to change that, one of them loaned me a cassette of Dio's "Last In Line" record and insisted that I listen to it. I took it home, put it on my walkman, laid down on my bed with the lights off and pressed play. It was the most powerful thing I had ever heard and I would never be the same again. Dio, led to Maiden, which led to Ozzy and Anthrax, etc. etc.  All of sudden, those good grades weren't so good anymore and I became obsessed with concerts, metal and Satan. A few years later, my buddy Krishna Dan bought over a copy of “Start Today” by Gorilla Biscuits. He put it on and my mind was blown. Here was music with that same driving energy that I loved in metal, but it felt so much more positive. It was love at first listen and, within a year, I was out of Satan and into straight edge. 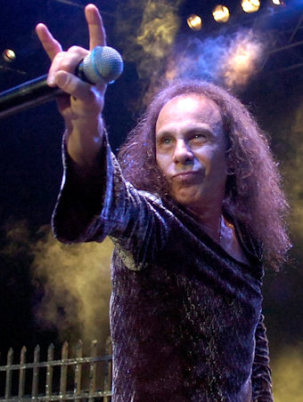 3. Can you tell us how you went from living in the UK to living in NY and becoming the bassist for Shelter?

Adam: I had started going to a full time music school and studying electric bass. The edge was still strong with me and like a lot of straight edge kids in the early nineties, where Ray Cappo went, I was sure to follow. My friends and I had started going to the Hare Krishna temple in London to attend the Sunday feast and listen to the lectures. Shelter had become my absolute favorite band in the world and I was deeply affected by the ideas they presented in the lyrics. After all, what could be more punk rock than rejecting the entire material universe? Anyways, one of those Sundays, we met Graham Land who was playing bass in Shelter at that time and who was is in London working on a side project. We became friends and hung a lot while he was in town. He went back to NYC and had decided to leave Shelter to focus on Baby Gopal. One night, he had a dream that I was his replacement in the band and the next morning, he called me out of the blue to ask if I would be interested in flying out to NYC to try out. It was one of the most surreal moments of my life and when I had picked my jaw up from the floor, I told him I would be honored. Within a week, I was on a plane to NYC for the audition and the rest as they say, is history.

4. Do you remember if you actually tried out for H2O or because you were already known from playing with Shelter that they just asked you to join? Did you think at that time that your time in H2O would be as long as it has been?

Adam: There was never an official try out for H2O. They had toured with Shelter a bunch and we had become friends so when Eric left the band, I just stepped right in. As far as our longevity goes, we never really had a plan other than play shows and have fun. I'm blown away that we still get to do this and people still seem to love what we do.

5. What do you remember from the first show you played with H2O?

Adam: Long Island at the PWAC with V.O.D. I remember we opened with “Here Today, Gone Tomorrow” which has a bass intro and I was nervous I was gonna fuck it up. Once we got passed that, it was fun all the way. 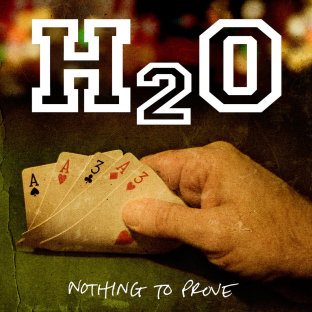 6. If you had to pick your all-time favorite H2O song which one would it be and why?

Adam: My favorite is “Nothing To Prove”. It was the first song I presented to the band as a finished piece of music. I still remember how it was written. The breakdown was written in a Tokyo hotel room, the guitar lick leading back into the verses was done at my apartment in NYC. It’s amazing to see something go from just a scratch guitar track to making kids sing and dance all over the world.

7. Scariest/most dangerous moment you've experienced either on tour or while performing?

Adam: Having Wyoming PD pull shotguns on us and storm our van. It was a case of mistaken identity.

8: Most embarrassing moment you or your band has experienced while performing?

9: Your favorite country based on food choices?

10: A country that you have not visited or played in yet that you would love to play? What’s the appeal?

Adam: I'd love to play Korea. I know they have a good local scene there and my wife’s family is from there. 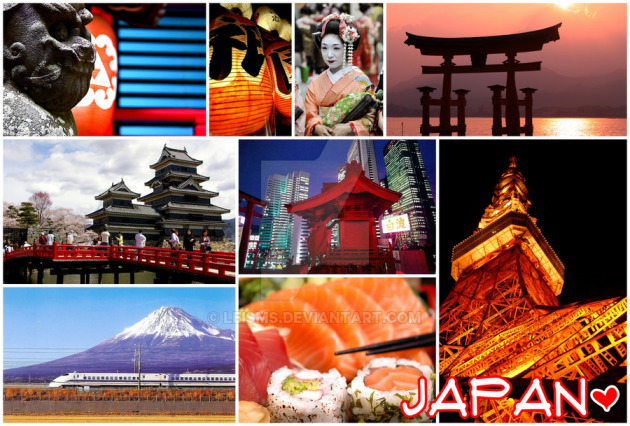 11. If you combine the actual performing AND the experiences of visiting there. What is the country that you enjoy visiting the most while on tour? 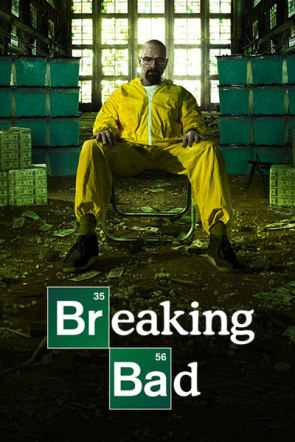 13: For a few years now H2O has kind of pumped the brakes as far as putting out new material, touring etc. You are still there but the touring schedule is not as rugged as it used to be and albums are released with bigger gaps between them. Has this approach towards the band been more enjoyable/relaxing for you as compared to say 1990's era H2O where you guys were writing and recording a lot and obviously touring almost nonstop?

Adam: Yeah, at this point, it's a marathon, not a sprint. We're not as gung ho or as young as we used to be. We wanna keep it fun, not burn it out.

14: Are there any new H2O songs written? Do any of the members get together to jam and if so how often? How often do you see or hang out with your bandmates?

Adam: We don't really get together and do music stuff but we all speak on a very regular basis. Barely a day goes by when I don't speak to at least one of the guys.

15. From following you on social media it is obvious that physical fitness is a big part of your life. Was there a time period or moment in your life that changed your path and led you towards where you are at today?

Adam: I consider the training and the band to be two halves of the same whole. They are both about holding yourself to a higher standard, keeping a positive attitude and doing your best to make the world around you a better place. As a coach, I get to help people live happier, healthier lives and I like to think that the band helps inspire a little bit of that as well. 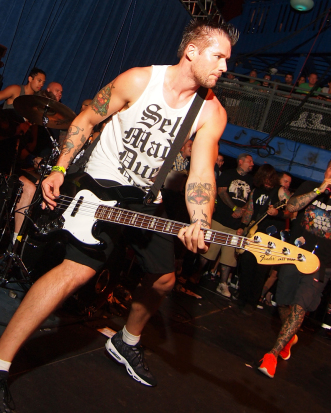 16: What advice would you give to people who want to get healthy but can't seem to either get started or stick with a plan to getting there?

Adam: If you've tried to go it alone and you feel like you have failed, I would suggest hiring a coach and committing to a process. Your heath is the most important thing you have and it's important enough to get help with. If that’s unrealistic than do the following: Take a walk every day, eat more veggies, cut back on factory farmed meat, get some sunshine and fresh air as often as possible, lift heavy shit once in a while, drink more water.

17. What other kinds of activities, hobbies or other things outside of music do you find yourself doing the most when you get free time?

Adam: Pretty much all my free time is spent researching health and performance related topics. I also enjoy reading, writing and long walks on the beach and that’s not a joke, by the way. I genuinely enjoy taking long slow strolls by the ocean.

Adam: I'm the most recent West Coast transplant, having come out here in 2011. Rusty was 3 years before me and Toby’s been here since 2000. Todd Friend is still on the East Coast and I don't think will be coming out here anytime soon. As for California things I like the weather, space and beaches. I miss NYC for the food and the people. East Coast winters can suck it though. 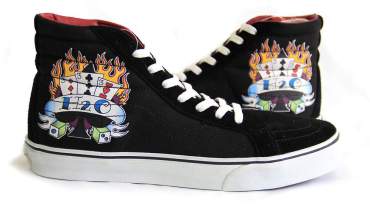 19: Over the years have you held on to your H2O related items like old t-shirts, vinyl, cassettes, stickers, banners, or any other stuff like that? If so what are some of the things that have the most sentimental value to you?

Adam: I have held onto most things I've accumulated over the years. My prized H2O artifact was a pair of in the box fresh Vans shoes we did as a collab with them for our ten year anniversary. I ended up giving them to Chris from Bridge Nine Records a few months ago as they were just gathering dust in my closet and he's done a ton for the band. Plus he's the only other person I know who wears size 13's.

20: What are some of the things that you have accomplished with playing music over the years that bring you the most pride? Things that you can hopefully look back on years from now and feel like this is all worth it?

Adam: I like that we put smiles on faces, get people singing and dancing and still have a good time doing so.