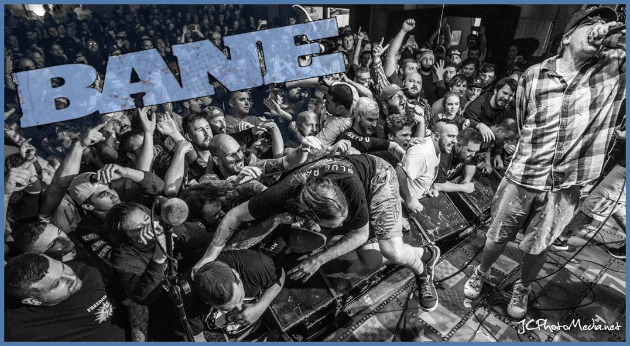 Interview conducted by Josh Derr on May 7th, 2016 at the First Unitarian Church on Chestnut Street in Philadelphia, PA. Lead photo by: JC Photo Media, Graphics by: Bas Spierings

It's a very difficult thing for me to write about Bane. Their unrelenting drive and energy has elevated them from touring band to walking legends over their 20 year run. Over the past few years, with candy-coated sincerity and social media fame becoming the way of the future, Bane has seemingly held tighter to their identity as a stalwart force for the truth in hardcore. They've always been a band on the front lines of the scene, ready to embrace the young kid who just walked in off the street; because ultimately, that is who we all are. Their raw honesty and integrity is spelled out in their lyrics, and has been displayed countless times on social hall stages and basement floors the world over. For me personally, Bane was a band that I heard 15 or so years ago, and I knew that I had found where I belonged. Their words spoke directly to me in a way that nothing ever had, because in reality, I was a skateboarding 15 year old who didn't fit in with anyone in my rural Pennsylvania hometown, so the first time I heard “Can We Start Again”, I realized I wasn't alone anymore. I found some like-minded people and we drove all over the state to go to shows, and it saved my life. Over the years I have come to understand that my story is not at all unique, and that gives me an even deeper appreciation for everything that Bane has been, is, and will be, in any incarnation.

With time running out, and help from some friends, I was able to wrangle Zach Jordan and Aaron Bedard to ask them a few questions before their final Philly show in a basement they had played so many times before. I only had time for a few questions, but I was happy that it was even happening since it was such a hectic day for the band. I will let their answers speak for themselves, but as for me, I will simply say 'thank you' to Bane for every word, every drop of sweat, and every stage dive.

“Give more, give everything, give blood!”

CLICK BELOW TO WATCH IN EFFECT HARDCORE'S MAY, 2016 INTERVIEW WITH BANE 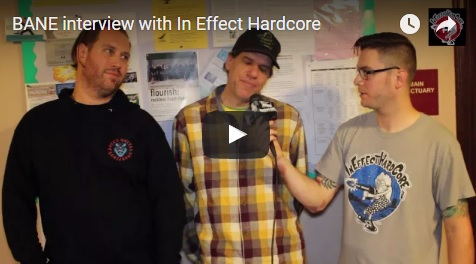 CLICK BELOW TO WATCH "SUPERHERO" & "FINAL BACKWARD GLANCE"  FROM BANE'S

MAY 7, 2016 SHOW AT THE FIRST UNITARIAN CHURCH IN PHILADELPHIA, PA 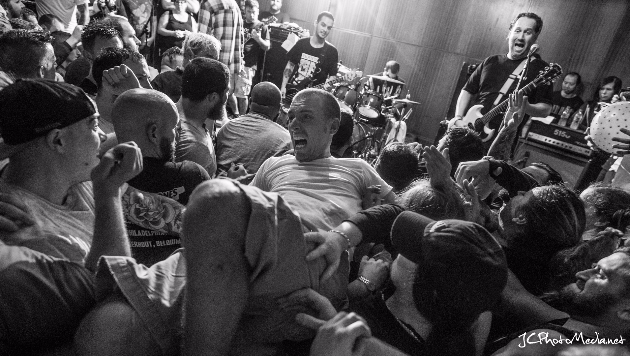